MENU
What was said in the Makerere University meeting
Previous Story

PIC: There was Police deployment at the main campus

KAMPALA -  Makerere University administrators met with the student leaders on Wednesday, following two days of protests at the main campus.

Journalists were closed out of the meeting at the main building.

Students, led by their leader Salim, clashed with Police on Monday as they demonstrated over what they called "unfair administrative policies", including increased tuition fees and missing marks.

Scrapping of hall meals, evening lectures, end of semester exams and sponsorship of students on national merit also featured on their list of grievances.

The clashes led to the arrest of the guild president and other student protesters.

University spokesperson Ritah Namisango, in a statement, said on Monday that Nawangwe would meet the students and address their concerns upon his return from Nairobi mid-week.

Police personnel were on guard at the main building as other students went about their business.

The situation at the main campus was calm. 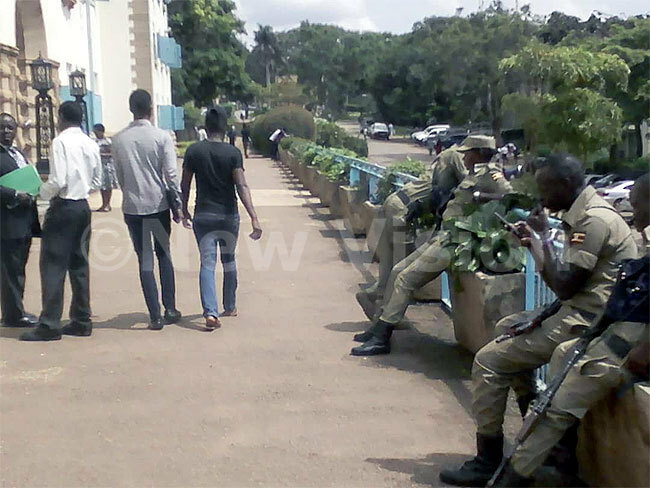 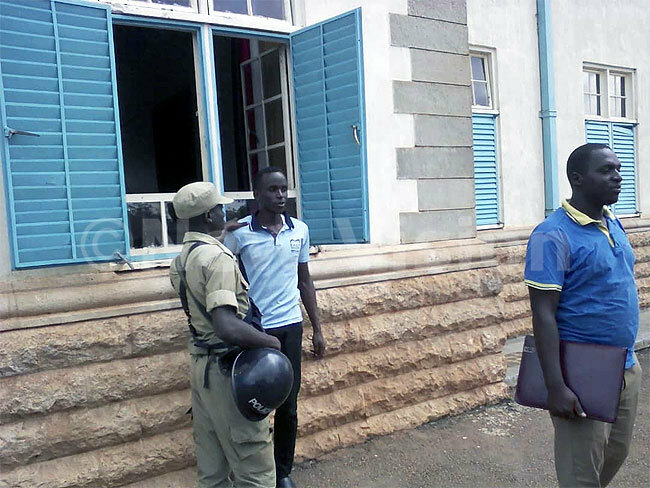