Throwing trash out of cars: Guilty driver told to clean up

The driver picked it amid cheers, creating oonversation about how people have become reckless to the extent that they throw waste out of cars.

The driver picked it amid cheers, creating oonversation about how people have become reckless to the extent that they throw waste out of cars.

It is disgusting to see trash flying out of car windows. In most cases, it is difficult to do something about it.

So, when a driver of a coaster hired by the National Environment Management Authority (NEMA) threw a plastic bottle out of the window, the staff of NEMA and the media got a chance to show what should be done to people who throw trash out of moving vehicles.

The environmental inspector, Jennifer Kutesakwe and Fred Onyai, the monitoring and evaluation officer at NEMA, ordered the driver to bring the vehicle to a halt.

That was about a hundred metres away from the spot where he had thrown the trash in Lwera along the road leading to Kampala.

Once there, the driver picked up what he had thrown amid animated cheers from the passengers.

This caused a conversation about how reckless people have become, to such an extent that they throw waste out of vehicles, never minding where they are.

Some even ignore the trash cans placed conveniently on the streets.

"It is good for him (the driver) and I am sure he will tell many other people about his encounter with environmentalists," said Onyai, adding that it is a culture in his home not to throw trash through the windows of cars. 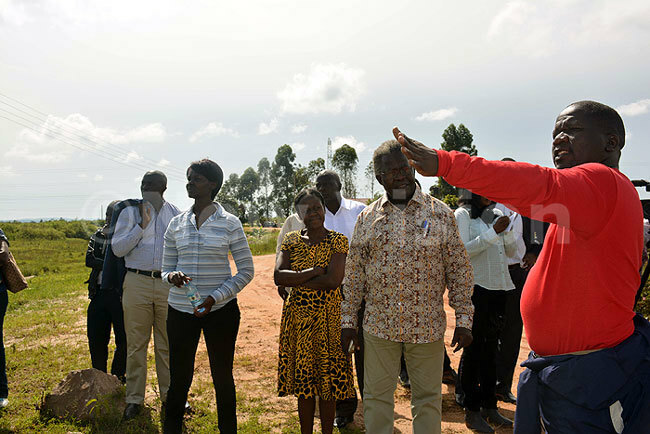 The team made a stop-over at Lwera wetland. (Credit: Gerald Tenywa)

The NEMA staff and the media were accompanying the board of trustees at NEMA to assess restoration of the environment in the catchment of River Rwizi, Lake Nakivale.

They made a stop-over at Lwera wetland on Monday on their four-day tour.

The board of trustees was led by chairperson Ticodri Tagboa.

Watch out, car thieves use food to net their victims