Committing to media freedom the focus of C...
Next Story

Salim Were, who was released by Police Monday evening, insists the protests at Makerere University will only end when they have realised the fruits of their outcry.

Salim Were, who was released by Police Monday evening, insists the protests at Makerere University will only end when they have realised the fruits of their outcry.

KAMPALA - Makerere University guild president Salim Were has watered down Police efforts to quell their demonstration over fees, saying it is far from over.

“We are continuing with the protest until the vice-chancellor [Prof. Barnabas Nawangwe] comes back. Today [Tuesday], it is going to be bloody. We want all our questions answered,” said Were Salim, the guild president.

Were, who was released at about 9:00m on Monday from the Police cells, has put his foot down, saying the protests will only end when they have realised the fruits of their outcry.

Business at Makerere University continues to be paralysed as all faculties remain closed. Students and the Police were in running battles at the main campus as the strike entered the second day. 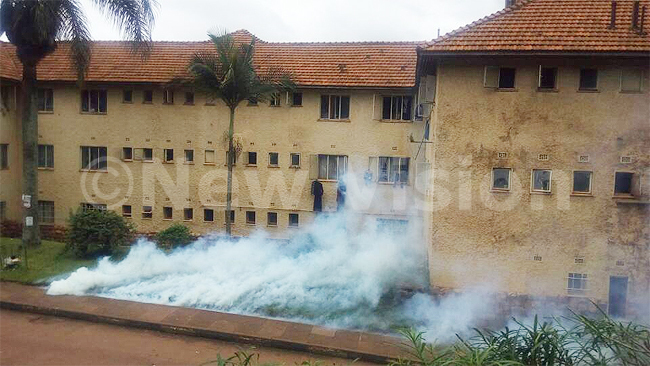 On their part, the Police have equally vowed to crack the whip on those who destabilise the peace, and justified Were’s arrest on Monday.

'Were deserves to be prosecuted'

Police spokesperson Emilian Kayima said the guild president’s actions do not honour the university, whose students he represents.

The students took to the streets of the campus on Monday to protest against increased tuition fees, scrapping of meals and evening lectures. 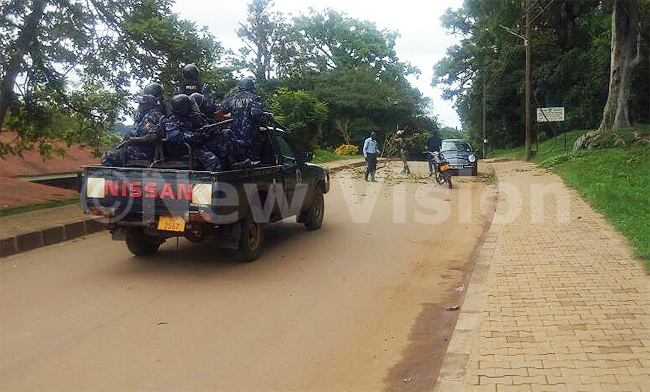 There was heavy Police deployment at the main campus. (Credit: Meddie Musisi)


Sources from the university have revealed that the students went up in arms before the vice-chancellor had responded to their request to lower the recently hiked tuition fees and restore meals.

In mid-March, Makerere University announced the scrapping of meals, opting to give students money so that they buy food from affordable service providers within the university.

Recently, also the tuition fees at the university were raised, causing uproar among the students.

On Tuesday, most buildings remained closed and students were seen stranded on verandas and others shouting from their halls of residence.

Several Police personnel were seen within the campus. 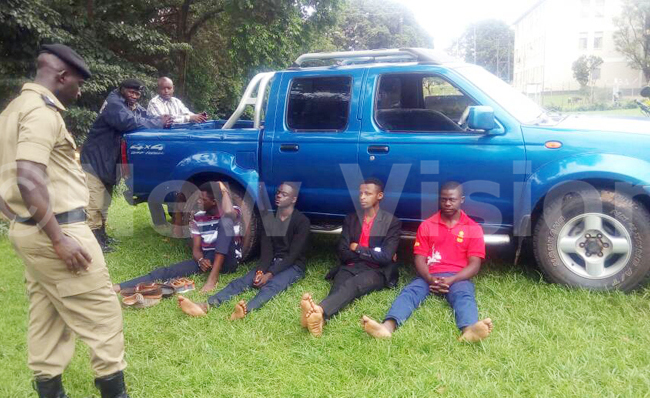 Some of the arrested students being guarded at freedom square