Ministry roots for digital reporting on ep...
Next Story

BUKWE - The police Flying Squad have embarked on a hunt for a Senior Four Student, who was kidnapped since Saturday.

Naluzze, who stays with her paternal grandmother, Aisha Namirimu in Luwero district, had been sent to her mother, Hasfa Nakakaawa of Kikambwe village, in Kawolo division, Lugazi municipality in Buikwe district, to collect a school fees balance of sh100,000.

She was sent home on April, 4 and she stayed home until Friday when the mother got the money and sent her back to school on Saturday.

According to Nakakaawa, Naluzze boarded a taxi from Kitega stage to Kampala from, where she would connect to Luwero. 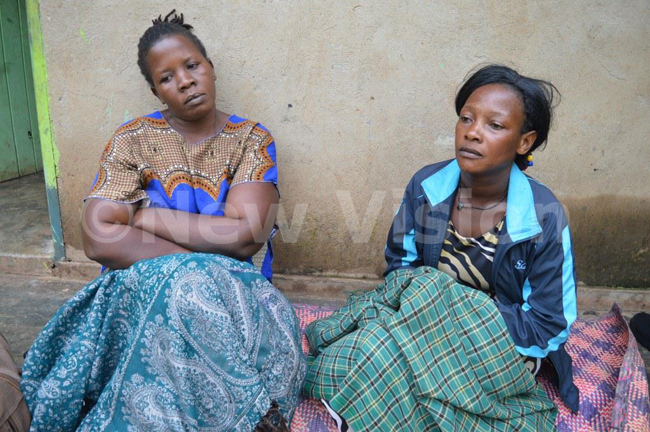 Nakakaawa (right) the victim's mother with a friend

Although she thought that Naluzze should have reached Luwero by 9:00pm, Nakakaawa's young sister, Aisha Nantume, broke the news of her (Naluzze's) kidnap, saying they needed sh10m before she could be freed.

Nakakaawa asked for the mobile number of the kidnappers, who repeated the same demand.

The kidnappers allegedly gave her an ultimatum of Monday lest she gets the remains of her daughter.

When Nakakaawa insisted on talking to her daughter, Naluzze reportedly told her mother that she was being held at Mukwano Arcade in Kampala, before her communication was cut short.

The Ssezibwa Regional Police spokesperson, Hellen Butoto, said they asked the Police Flying Squad to take up the matter.

Prominent victims of the global cyberattack

Manhunt for hackers behind global cyberattack