The coffin of Winnie Madikizela-Mandela is displayed at Orlando Stadium before the funeral. AFP Photo / Mujahid Safodien

The casket draped with the multi-coloured South African flag was placed in the middle of the 37,500-seater stadium in front of a stage, decked in white and yellow flowers. 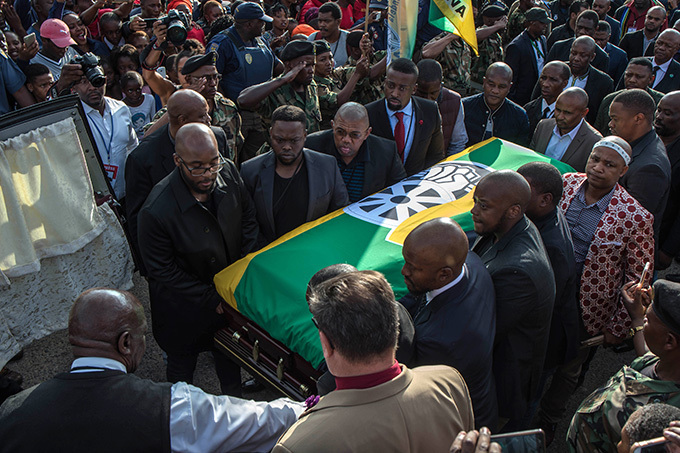 Pall bearers carry the casket of Winnie Madikizela-Mandela covered with an ANC flag as remains of the the anti-apartheid icon are returned to her home in Soweto, Johannesburg on April 13, 2018.

The ceremony concludes 10 days of national mourning during which time thousands of South Africans have paid tribute to the "Mother of the Nation" at her Soweto home and elsewhere.

Winnie Mandela, who died in Johannesburg aged 81 on April 2 after a long illness, has been celebrated for helping keep Nelson Mandela's dream of a non-racial South Africa alive while he was behind bars for 27 years.

"She was one of the most profound leaders of the ANC," said 53-year-old mourner Brian Magqaza. "She fought from beginning to the end. Go well Mama."

EFF supporter Mufunwa Muhadi, 31, said "Mama fought for our freedom. It is important to honour her and continue the fight". 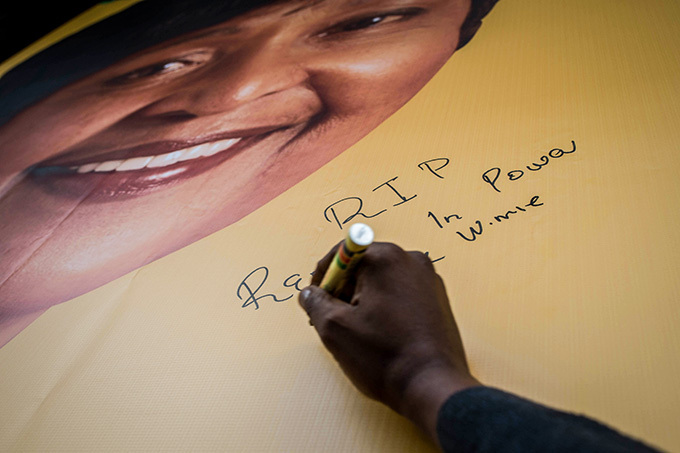 South Africa's President Cyril Ramaphosa, who took office two months ago, is leading the mourners at the pre-burial service in Soweto's Orlando stadium.

Foreign dignitaries at the funeral include the leaders of Namibia, Swaziland and the Republic of Congo, as well as American civil rights activist Jesse Jackson.

"She is truly the mother of South Africa," Jackson told journalists on Friday.

The township of Soweto is hugely symbolic in South Africa as it became a crucible of black resistance against white minority rule, which ended with elections in 1994.

Winnie Mandela's husband became the first black president of democratic South Africa, but she refused to follow many other struggle-era politicians who moved from townships like Soweto to formerly white-only suburbs after the end of apartheid.

Instead she remained embedded in the community where she met Nelson Mandela at a bus stop in 1957.

After the formal service, Winnie Mandela's body will be buried 40 kilometres (25 miles) north of Soweto, at a privately run graveyard in Johannesburg's upmarket Fourways suburb where two of her great-grand children are also buried. 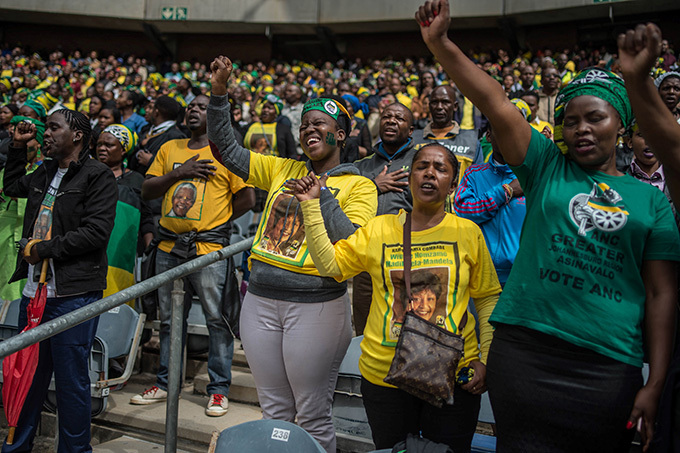 The funeral closes the final chapter in the history of a woman who was exalted for her fearless defiance of apartheid rule but also implicated in violence and corruption in later life.

In 1991, she was convicted for kidnapping and being an accessory in the assault of a 14-year-old boy and was more generally accused of overseeing violence in black townships.

But her controversial reputation has been largely brushed aside in the wake of her death with tributes to her bravery, independence and integrity dominating public commemorations.

The United Nations staged a special memorial sitting at its New York headquarters on Friday to mark her passing. 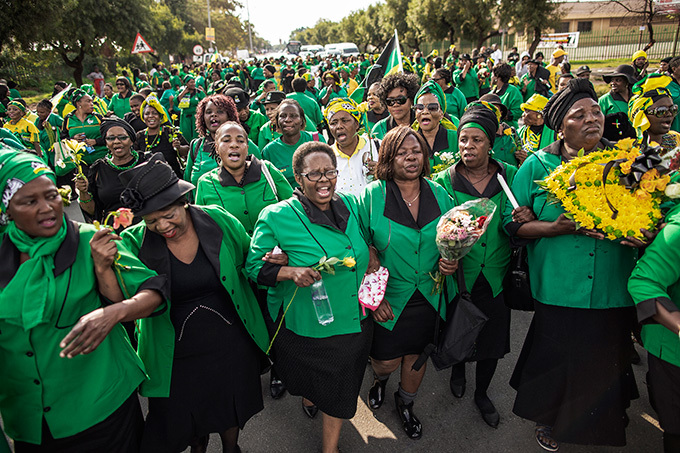 UN Secretary General Antonio Guterres described her as "an international symbol of resistance".

South Africa's communications minister Nomvula Mokonyane told AFP that Winnie should not only be remembered for "mistakes or the casualties of the struggle".

In old age, Winnie Mandela emerged as a respected elder who was feted as a living reminder of her late husband -- and of the long and celebrated struggle against apartheid.

Most of her 38-year marriage to Nelson was spent apart, leaving her to raise their two daughters alone as she kept his political dream alive.

But when Nelson Mandela died in 2013, it emerged he had left Winnie nothing in his will.

On Saturday, a 21-gun salute will be fired and a full honour guard is expected to escort Winnie's remains to her final resting place. 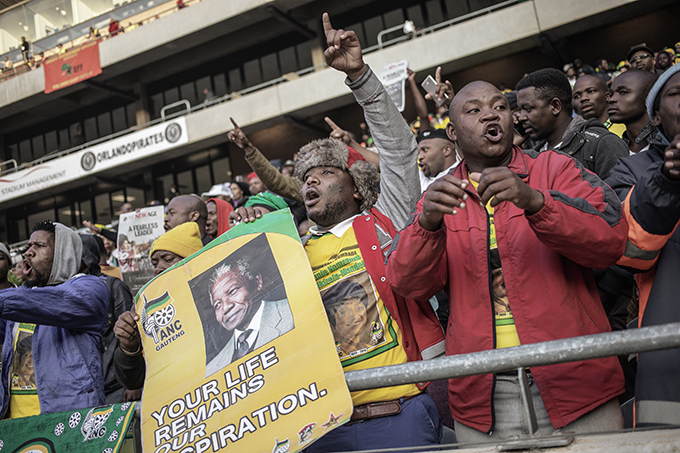 Mourners sing and dance during the official funeral ceremony of late Anti-apartheid icon Winnie Madikizela-Mandela at the Orlando Stadium in Soweto on April 14, 2018 in Johannesburg, South Africa.