Uganda has mined more gold at the Gold Coast - and the gold digger: Joshua Kiprui Cheptegei!

Cheptegei bagged his second Commonwealth gold in Australia after winning the men's 10,000m final on Friday with the second-fastest time in the event's history.

The 21-year-old proved too strong for his closest challenger Canada's Mohammed Ahmed, who had to settle for silver.

Kenya's Rodgers Kwemoi came in third to take bronze in an absorbing, thrilling and rousing finale inside a vibrant Carrara Stadium at the Gold Coast in Australia.

Ugandan Jacob Kiplimo finished fourth with a season's best time of 27:30.25 minutes while countrymate Timothy Toroitich was the seventh to cross the line in 27:47.35. 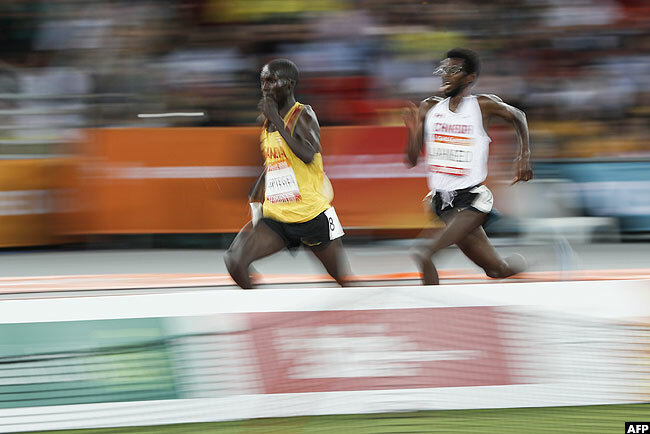 Cheptegei is in blistering form of his sporting life. Even Ahmed could not outdo the Ugandan

A place in history books

This means he is only the second man in Ugandan history and only the third man ever to complete a 5000m and 10,000m Commonwealth double at the same Games.

Moses Kipsiro did it in 2010 in New Delhi, India - the first time it had been done at the Games in over 70 years.

Uganda now has three gold and two bronze medals at this edition of the global competition, which concludes this Sunday.

A new force to reckon with

Kipsiro did the 10,000m double eight years ago to set himself apart from the rest in the event. Fast-forward to present day and again, it is a fellow Ugandan that has done what only two other men have achieved in the history of athletics.

And how the lanky Cheptegei did it in style!

The Ugandan came round the final bend on the Carrara Stadium track in the lead, but with a marauding Ahmed hot on his heels. But Cheptegei, as he did last Sunday, made an impressive burst on the home straight to convincingly take another gold.

His Canadian challenger gave it his all, but the Ugandan long-distance runner was not to be denied a dream double. 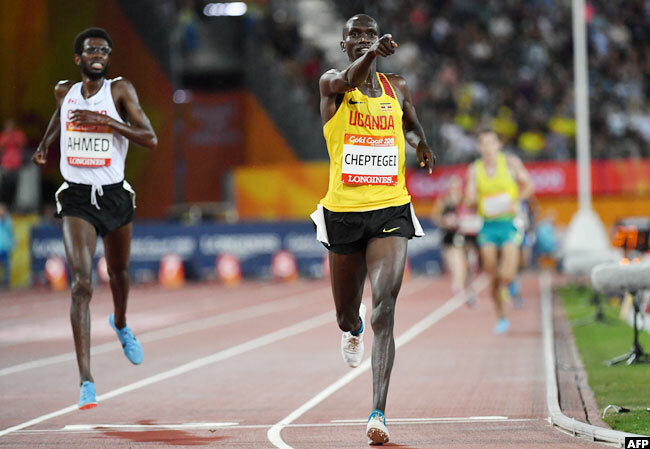 It has been an impressive last eight months for Cheptegei, who won silver at the World Championships in London last year - crossing the line after home interest Mo Farah.

In 2015, the man who was born in the eastern Uganda district of Kapchorwa took the men's 10,000m gold at the African Junior Championships in the Ethiopian capital Addis Ababa.

The year before, he had won the men's 10,000m gold at the World Junior Championships in Eugene, USA.

Kampala buildings can power the city