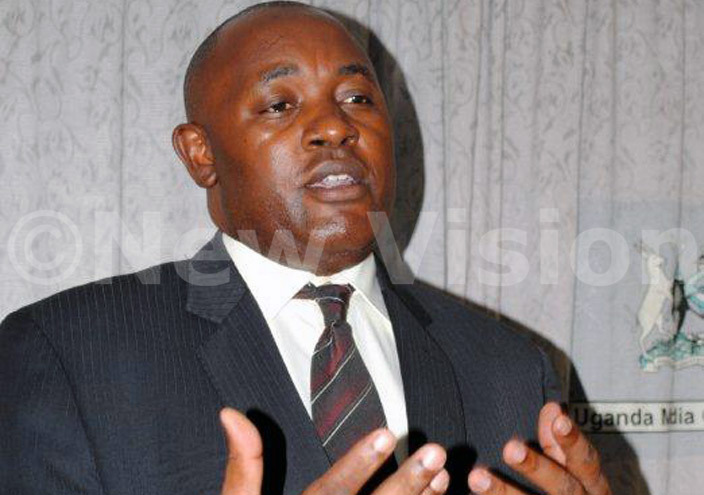 The state minister for lands, Chris Baryomunsi was tasked to clarify why Government insists on amending the Article 26, in its favour for compulsory takeover of people's land.

Academicians, policy makers and experts on urban planning from different institutions, from various institutions argued that there was no need to amend since the government has the same powers under the same law.

This was during a public policy dialogue on urbanisation and housing in Uganda, at the Uganda Management Institute (UMI) in Kampala.

However, Baryomunsi explained that the amendment is not meant to take anyone's land as alleged by many people, but to ensure that land and property owners are paid adequately and to avoid delaying government project.

He said they are proposing to create a land tribunal under the new law to allow landlords who will not be contented by the Chief Government Valuers' (CGV) valuation, to file their complaints to the tribunal to challenge the decision before government kicks starts its projects.

The Bill seeks to amend Article 26 of the Constitution for compulsory acquisition of private land for government projects.

"We are still studying the amendments and one of the proposals, which the government is coming up with is to create a tribunal which will listen and settle disputes arising from disagreements on the amounts of money which have been assessed to be the value of the land," he noted.

He said currently, many people have been running to court and put injunctions which at times stall projects for 10 or 20 without any judgment.

He said they want to put up a mechanism where such a dispute can be resolved with the shortest possible time.

Baryomunsi further noted that, if anyone is not satisfied by the decision of the tribunal, they can appeal.

"If you are not satisfied by the decision, then you have a right to appeal.  But then the appeal process, we shall cap it at the level of the High Court within also a specified period of time to enable government to implement some of these projects," he added.

He said the amendment is also intended to deal with speculators who have been buying land in areas where government projects are going to be implemented.

"There are speculators within Government who usually know what upcoming projects are. They buy land at cheap prices and want Government to compensate them highly. This amendment will also catch these speculators. With this mechanism to resolve this problem, such people will be checked without necessarily delaying the government," he said.

The chairperson Steering Committee, Uganda Policy Development Forum, Prof. William Kaberuka said government needs to clean up its house because most of the land talked about is owned government officials. "Unless you clean up your house, you will continue amending the constitution," he noted.

Dr. Stephen Mukiibi from the Department of Architecture and Physical Planning at Makerere University called for social housing programme for the homeless and the poor, saying many Ugandans cannot afford decent houses due to high cost of land, materials and few experts.

Amanda Ngabirano, the managing director Goudappel Africa, said the Government needs to invest in public transport to reduce on the congestion in urban areas and create public spaces.

Prof. Ndebesa Mwambutsya of Makerere University said all policy makers and the public must work together in policy formulation to coordinate development and implementation.