“If the church had taken more responsibility from the 1970s, the university would not be having these problems. Some people took advantage and now have fake claims on the land.”

“If the church had taken more responsibility from the 1970s, the university would not be having these problems. Some people took advantage and now have fake claims on the land.”

Senior Presidential Advisor on Defence and Security Maj Gen Proscovia Nalweyiso, has blamed the Anglican Church for neglecting the land that is now under dispute in Mukono.

Nalweyiso made remarks at the land probe public hearing conducted on Wednesday at the Archives and Records Centre in the city suburb of Nakasero. Court of Appeal Justice Catherine Bamugemereire is probe chairperson.

The National Resistance Army bush war veteran, slammed the church for failing to make an imposing presence on the land,as the land owner. She said land grabbers took advantage of the laxity.

"I will be brutally honest about this. I must note that I am not party to the problems. But the church has neglected to stake its claim on the land. They do not know what is transpiring on the land. Families have multiplied. This land is strategically located, only 12 miles from Kampala," Nalweyiso stated.

The Uganda Christian University, which owns the land belongs to Church of Uganda, but managed under the company UCU Holdings Limited. The entire university land measuring 649.2 acres, is registered as FRV 57 Folio 16.

Asked by lead counsel Ebert Byenkya, to give her opinion on the cause of unease, Nalweyiso responded that the church's woes are self-inflicted.

"If the church had taken more responsibility from the 1970s, the university would not be having these problems. Some people took advantage of the insecurity in the country, and now have fake claims on the land."

Nalweyiso owns a five-acre Kibanja land interest at Ntawo village, Mukono district. Her appearance as a witness was based on her knowledge about the Mukono area where she has lived since 1954. 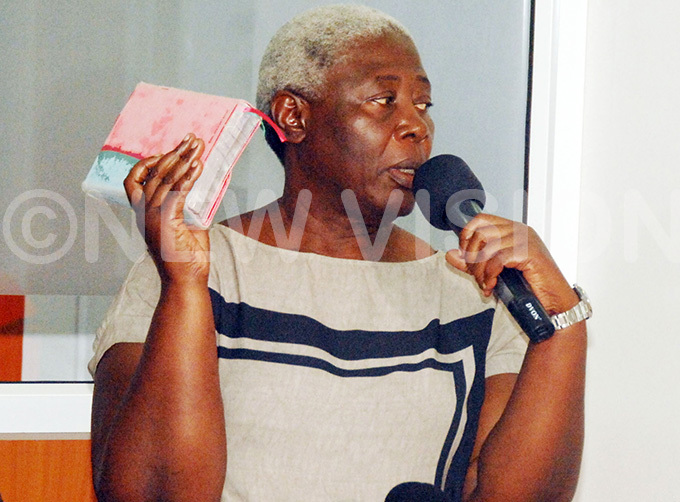 Maj. Gen Proscovia Nalweyiso appearing before the land probe committee at the National Archives and records centre on April 11, 2018. Photo by Denis Dibele

Explaining that her family inherited 17 acres from her paternal grandmother Janet Nanfuka, who was a Kibanja holder, she said her father is Yusuf Ntambi.

On March 28, UCU vice chancellor Dr John Senyonyi testified and lamented over the land grab. The land was donated by Ham Mukasa in 1921, as a gift to Bishop Tucker Theological College, which later became UCU Mukono in 1997.

On Wednesday, Nalweyiso said Nanfuka, who died in 1994, stated in her last will and testament, that she would be heir to her estate. The presidential adviser, said she retained five acres, and equally distributed the 12 acres to her 14 siblings.

When Byenkya asked her to clarify on claims that some land grabbers had created an impression that she is their shield, Nalweyiso responded that the perception is baseless.

She referred to the 2016 incident when an irate mob almost lynched Anglican Bishops and clergy when they were on a tour of Ntawo village UCU land.

"The Bishops made a mistake, and I blame them. They went with God's army without informing security and the local leaders," Nalweyiso stated.

She also remarked that the land ownership row between the Ham Mukasa family and church, must be resolved to erase the confusion that has made the tenants agitated.

Asked by Bamugemereire to recommend what the church must do to manage the land, Nalweyiso, responded that the church should demonstrate that it is pro-people.

"The church must explain itself to the people, rather than painting a picture that it wants to chase the people. These are their followers. 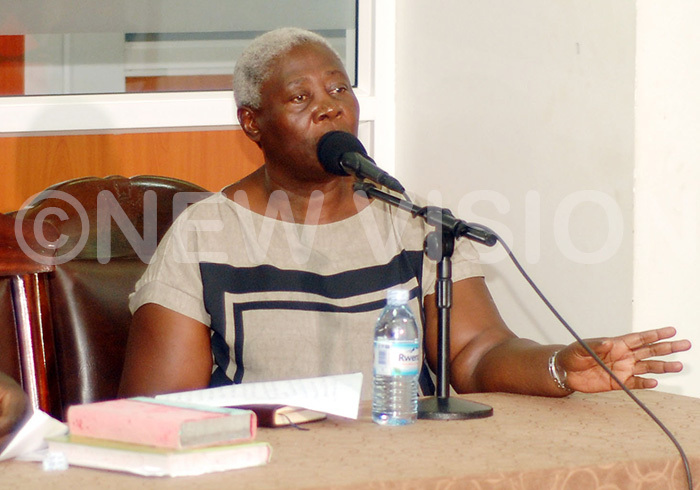 Commission mandate
The commission's mandate is to probe efficiency of the laws, policies and processes of land registration, acquisition, administration and management.

It is also tasked with inquiring the effectiveness of the Uganda Land Commission (ULC) in administering public land and relevant bodies in the reservation of wetlands, forests, road reserves, and national parks, among other gazetted spaces.