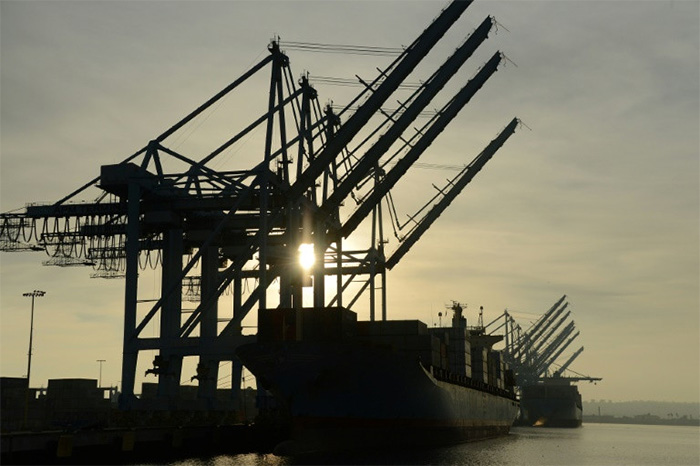 The World Trade Organization said Thursday that it expects strong trade growth through this year and next but warned progress would be "undermined" if governments implement threatened protectionist measures.

But the body's director-general Roberto Azevedo cautioned that "this important progress could be quickly undermined if governments resort to restrictive trade policies, especially in a tit-for-tat process that could lead to an unmanageable escalation."

"A cycle of retaliation is the last thing the world economy needs," he added in a statement.

Last year saw the most robust rise in trade volume expansion since 2011, raising hope that the world economy was finally on a sustained path to recovery following the financial crisis.

In its latest forecast, the WTO said risks "had appeared to be more balanced than at any time since the financial crisis," but noted that uncertainty was rising again.

The extent of any protectionist measures that will be implemented by the world's top economies remains uncertain.

US President Donald Trump's administration has announced tariffs on steel and aluminium and targeted China for additional 25 percent punitive duties on nearly $50 billion in goods for its alleged theft of US intellectual property.

China has vowed to defend itself through a series of reciprocal measures.

Azevedo reiterated his call for nations to try to resolve their disputes through the multilateral system, instead of via face-to-face standoffs.

"I urge governments to show restraint and settle their differences through dialogue and serious engagement."