Trial of politician who conned American of $160,000 stalls

Ssekatte said the hunt for Kasule started after a case was reported by the Special Presidential Assistant on diaspora, Florence Kiremerwa who had introduced Richards to Kasule.

Ssekatte said the hunt for Kasule started after a case was reported by the Special Presidential Assistant on diaspora, Florence Kiremerwa who had introduced Richards to Kasule.

A trial in which the government is looking to prosecute a suspected fraudster who conned an American citizen of about $160,000 ((sh590m) in a bogus gold deal has stalled after police failed to present the suspect in court.

Muhammad Kasule, a former contestant in the 2016 Kampala Mayoral race on NRM ticket, was arrested on Thursday last week after eluding police for over six months following fraud that burnt a big hole in the finances of Richard Richards, an international gold dealer.

With the arrest of Kasule last week, Richards had hoped justice would finally prevail and he hoped progress would be made in recovering the lost money.

However, the slow pace at which investigations are moving has left him worried.

"Kasule is the ringleader of an international scam; his network should be brought down once and for all, along with his clearing agent Arnold," said Richards.

He said Arnold is the one who has connections in Dubai, Kenya and Amsterdam adding: "He's also the one who introduced Ronny Dooley another scammer who is charge in Amsterdam, Switzerland and Bulgaria."

However, Vincent Ssekatte, the spokesman of Police's Directorate of Criminal Investigations said Kasule will be arraigned in court as soon as investigations are complete.

"By now we would have taken him to court but he is behaving so hard on us to the extent that he doesn't even want to take us to his home to do the necessary search that is required," he said.

According to Kampala Metropolitan Police (KMP), Luke Owoyesigire you can get a warrant of search from court before searching the suspect's premises.

However, he says in case of an emergency, a police officer at the rank of the assistant superintendent of police and above, can search the premises without getting a warrant from court.

"Sometimes getting a warrant may delay and criminals take advantage of that," he added. 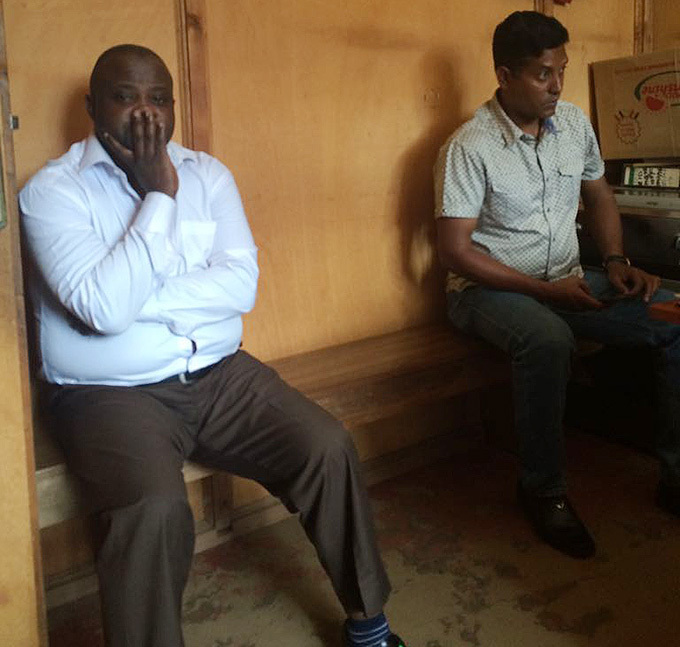 Muhammed Kasule at police station after his arrest

It is alleged Kasule, conned Richards of $160,000 after promising to deliver 25kg of gold through his company known as M/sBlue Diamonds Corporation.

Ssekatte said the hunt for Kasule started after Florence Kiremerwa, the Special Presidential Assistant on diaspora reported the case.

According to Kiremerwa, in June 2017 she introduced Richards to Kasule who she had met at a funeral of one Moses Muwonge, a Ugandan who passed on in New York, US.

Kasule had convinced her that he had been an associate in gold venture deals with late Muwonge.

On the other hand, Kiremerwa met Richards at the Congolese embassy in the US during one of her trips to the US to woo Ugandans in the diaspora to come and invest in Uganda.

It is alleged Richards had gone to the Congolese Embassy in the US to secure a visa to travel to the Democratic Republic of Congo( DRC) to prospect for gold so she introduced him to Kasule who she believed was a genuine gold business dealer.

But not long after Richards would run to her crying that he had been conned after wiring the cash to Kasule's Kenya Commercial Bank (KCB) account. 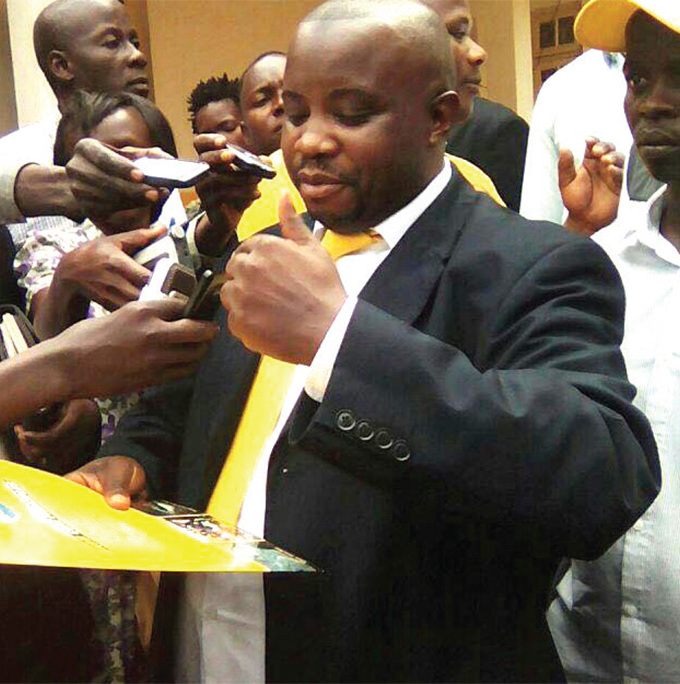 Muhammed Kasule during campaigns in 2016

Richards allegedly wired the money in two tranches, the first totaling $48,000(sh177m), which was transferred to Kiremerwa's bank account, who then transferred it to Kasule's account.

However, on receiving the money, Kasule convinced Richards to travel back to US and promised him to ship the gold which he never did.

According to Richards, as he was waiting for the gold to be cleared in Dubai as Kasule had claimed, he proposed to him a bigger deal. He told him that he had more 25kg of gold with his business partner identified as Ronney Dooley based in Amsterdam, Netherlands. This prompted Richards to release another $109,739 to Kasule.

After receiving the money, Kasule cut off all communication. It was later discovered the telephone numbers he used were not registered in his name and his company not registered.

"We realized when we went to check with the registrar of companies that the company does not exist," said Ssekatte.

Kiremera said the government is losing investors because of people like Kasule.

"He claims to have connections with the first family and is damaging the President's name and the Uganda government at large," she said.

She also noted ever since the New Vision broke the story, she has received more than 10 cases from Ugandans in the diaspora complaining of other fraudsters.

Kiremera advised Parliament to think of changing the law on these mafias noting that many people in the diaspora are very afraid of bringing investors in Uganda.

"We love our country and we are requesting the government to streamline the mineral deals process and we also need a commission of inquiry into the fraudsters' matters for the diaspora," she said
.