Uganda scrapes through day one of 7s qualifiers

“I know, the boys didn’t play very well,” Onyango said after the game against Georgia.

“I know, the boys didn’t play very well,” Onyango said after the game against Georgia.

The Uganda Rugby Cranes Sevens national team was way off its best but did just enough to win both of its games on day one of the HSBC World Rugby Series qualifiers held on Hong Kong on Friday.

Coach Tolbert Onyango was however not overly concerned about the performance, which he attributed to nerves given the importance of the event.

"I know, the boys didn't play very well," Onyango said after the game against Georgia.

"They made too many mistakes and were not focused enough, but it was a case of butterflies. Now that day one is done, we shall settle down and pay rugby like we how to."

Uganda's first game was against Chile, and the South Americans drew first blood after a player broke away on the left wing and made an unconverted try. 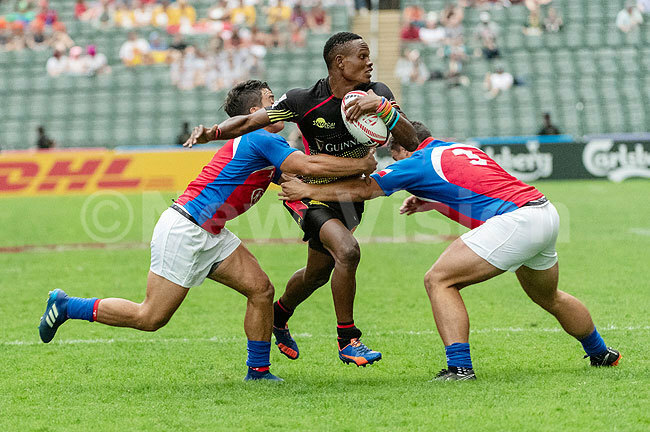 Phillip Worokach replied with a try but the Chileans against broke away for another try before Solomon Okia put Uganda ahead with a try and a conversion. But it was a nervous ending as the Cranes again and again gave the ball away, but managed to hold the opponents off for their first win.

It was almost more of the same against Georgia, and it the first half was almost over before the Cranes even ventured into the opponents 22.

Again it was Wokorach with the converted try, and his ‘Wakanda salute' celebration was probably the most exciting moment of the game.

Uganda should have put the Georgians away early in the second half, but the team again made it hard work with a succession of errors. But they did just enough with Wokorach completing a hat trick of tries and Okia adding another.

But that win meant the Rugby Cranes are into the quarter finals to be played after their last group stage game against Japan, who  surprisingly lost to Chile in the last game of the day.