Museveni to take over Tororo district

President Yoweri Museveni is slated to take over the affairs of Tororo district following a stalemate between the councilors that affected effective service delivery in all sectors, according to local government minister Jennifer Namuyangu.

Namuyangu said Tororo district has had no functioning land board, district service commission, budget estimates for approval and is bound to return a lot of un spent money.

"Article 202 section 3 of the Constitution gives the President powers to take over a district for three months if there is a strong reason for it. We are going to advise the President to take over the affairs of Tororo district,'' Namuyangu said.

She told New Vision in a telephone interview shortly after a botched retreat in Jinja. The retreat was organized by her Ministry in conjunction with Tororo district local government at Civil Service College Jinja on Wednesday to try to reconcile the district councilors. 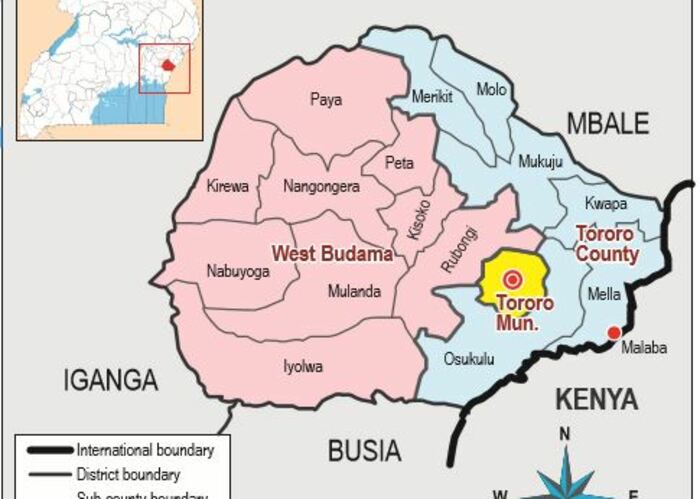 However, the councillors from both Tororo and West Budama counties walked out in protest.

They matched out of the venue just after the prayer and National Anthem had been said leaving Namuyangu and the commissioner for local government, chief administrative officer Elizabeth Namanda, resident district commissioner Martin Orochi and heads of departments in the hall.

The councillors from West Budama said they were not ready to attend the dialogue in the presence of Orochi whom they accused of siding with the people of Tororo County to block the fundraising drive that was organized by Japadhola cultural institution about a week ago.

Apumeri, while addressing the press, said it was unfair for the junior minister to have come to preside a dialogue on the matter which is before the President.

Apumeri said they will never dialogue with the people who deliberately chose to walk out of council, forcing the district to run under crisis.

He said the recent creations of Iyolwa, Nabuyoga and Pajwenda town councils in West Budama were meant to sideline Tororo County, which had also requested for town council of Merikit, Magodes, and Osukuru corner among others.

Rogers Imailuk also reaffirmed that they took the decision to boycott the dialogue because the earmarked venue was not conducive for such a dialogue and they had suspicion that they were going to be intimidated.

He challenged the people of Tororo County to support their cause of agitating for self-autonomy to free them from being undermined.

Since the councillors of West Budama County boycotted council meetings, the services have completely bogged down since councillors of Tororo county alone cannot form a quorum.

That joint bank account can make or break your marriage

Mine, yours or our money?