In a country still torn by racial and class divisions, thousands of demonstrators rallied in Memphis, Tennessee where the pastor and Nobel Peace Prize winner was slain aged 39 on a motel balcony by a white supremacist sniper on April 4, 1968.

In a country still torn by racial and class divisions, thousands of demonstrators rallied in Memphis, Tennessee where the pastor and Nobel Peace Prize winner was slain aged 39 on a motel balcony by a white supremacist sniper on April 4, 1968.

Bells rang out Wednesday to mark the moment Martin Luther King Jr was assassinated 50 years ago, as Americans paid tribute to the civil rights leader and reflected on how to carry forward his legacy.

In a country still torn by racial and class divisions, thousands of demonstrators rallied in Memphis, Tennessee where the pastor and  winner was slain aged 39 on a motel balcony by a white supremacist sniper on April 4, 1968.

Bells tolled 39 times at 6:01 pm (2301 GMT), the moment King was shot, in Memphis and around the nation to honor the icon whose moral courage helped bring lasting changes to American life. 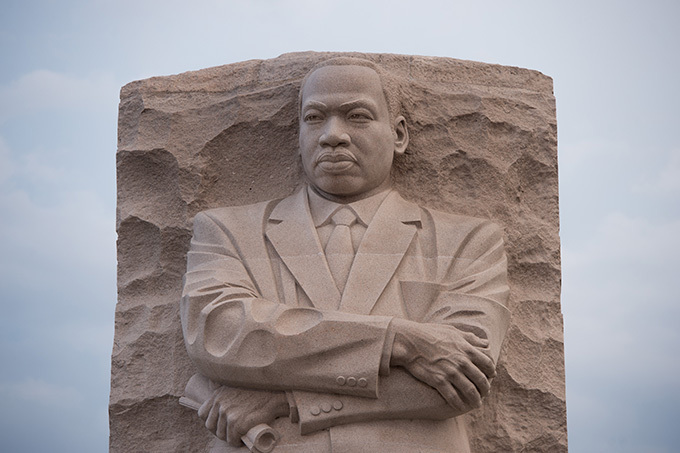 Prominent civil rights activist Reverend Jesse Jackson, a member of King's entourage, spoke from the Lorraine Motel balcony where King was gunned down and said "the sore is still raw" from the fatal shooting.

Addressing thousands of dignitaries and everyday Americans who gathered for an anniversary ceremony at the motel, which has been transformed into the National Civil Rights Museum, Jackson recalled the "pow!" of the gunshot that slew his movement's leader.

But he insisted that civil rights freedom fighters "never stopped fighting, we never gave up" on bending American society closer to justice.

"From this balcony," the 76-year-old Jackson told the crowd, "we decided we would not let one bullet kill a movement."

Lionized today for his heroic campaigns against racism and segregation, King was a controversial, radical activist who, with a mantra of non-violence, ardently campaigned against poverty and economic injustice, including what he called the continued "exploitation of the poor," and US wars abroad.

His birthday is a national holiday, and a 30-foot (nine-meter) statue in his likeness towers in Washington as a tribute to his life and work.

But despite the reverence for the iconic King, there was broad acknowledgement that his dream has been only partially realized.

"When we look at the state of race relations, we've made dramatic progress in 50 years -- but we're nowhere near where we need to be," King's activist son, Martin Luther King III, told ABC from Memphis, where he took part in a symbolic march.

"He would know that we as a nation can, must and will do better." 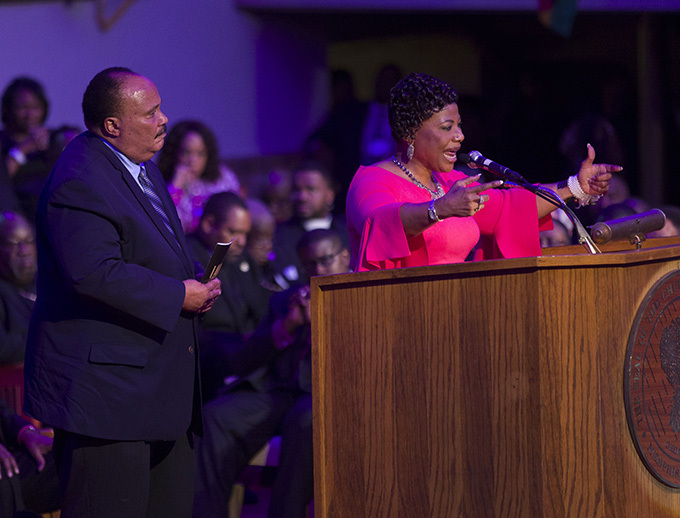 Martin Luther King III (L) and his sister Bernice King address the I AM 2018 "Mountaintop Speech" Commemoration at the Mason Temple Church of God in Christ, the same place their father, Martin Luther King, Jr. delivered his "Mountaintop" speech on the eve of his assassination, April 3, 2018 in Memphis, Tennessee. Joe Raedle/Getty Images/AFP

King catapulted into the national spotlight by taking the lead on a year-long 1950s boycott against racial segregation on local buses.

He is perhaps best known for the "I Have a Dream" speech he delivered to some 250,000 demonstrators on August 28, 1963 as part of the "March on Washington for Jobs and Freedom."

One year later he became the youngest Nobel Peace Prize winner at 35 for his non-violent resistance.

Prior to King's assassination, which triggered an outpouring of grief and riots in more than 100 cities, he had traveled to Memphis to support sanitation workers striking for better conditions and higher pay.

Elmore Nickleberry, now 86, is today one of the last participants in that strike still on the job.

He recalled that poignant moment of tension and pain, but Nickleberry said it is King's call for non-violent action that lives on.

"That's what I remember today."

King's focus on economic injustice was a rallying point Wednesday, as union workers marched for fair wages and activists lamented the concentration of poverty within black communities.

King fought not just against the "Jim Crow laws" that discriminated against blacks, said Nancy Taylor, a lawyer attending the march.

"He also fought against economic injustice, and that was the message that's really been lost in his legacy," she said.

US President Donald Trump paid homage to the rights leader by proclaiming April 4, 2018 a day to honor King.

"It is not government that will achieve Dr King's ideals, but rather the people of this great country who will see to it that our nation represents all that is good and true, and embodies unity, peace, and justice," Trump said in a statement. 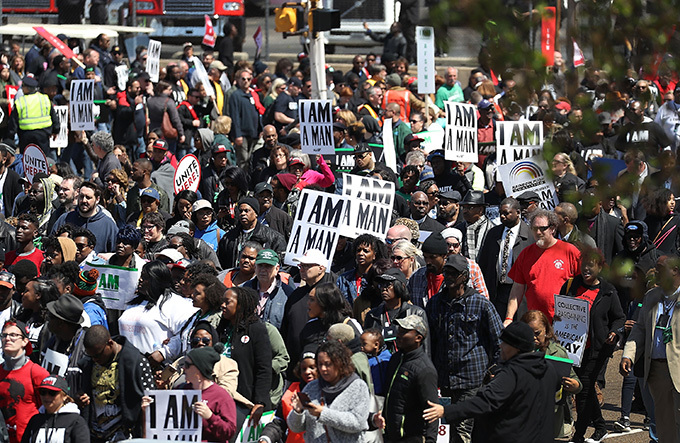 Trump has been sharply criticized for divisive comments targeting Latino and Muslim immigrants, and for refusing to condemn outright a violent white supremacist rally last year that ended in bloodshed.

Several US lawmakers traveled to Memphis for the day-long tribute, including Senator Bernie Sanders, who said "the legacy for us is to follow in (King's) footsteps and to transform this country."

A large crowd gathered at the motel to hear preachers' calls for civil and political activism, and were treated to music from legendary soul crooner Al Green.

Thousands marched near a union headquarters where King had joined the sanitation workers on the eve of his assassination.

Barack Obama, the nation's first black president, paid tribute in a video message, stressing that because of King's vision, "we found the courage to come as far as we have."

Grow seven plants in one planter

A garden in the front yard? It's possible