MENU
Malnutrition a threat to lives in Adjumani
Previous Story

Martin Luther King Jr: the dream, the man, the legacy

PIC: civil rights leader Martin Luther King (C) waves to supporters during the "March on Washington" on the Mall in Washington, DC on August 28, 1963. (AFP)

Towards the end of his life, Martin Luther King Jr. lamented that his dream had "turned into a nightmare."

The US civil rights leader was a weary man when he was cut down by an assassin's bullet at the age of 39 on the balcony of a motel in Memphis, Tennessee on April 4, 1968.

He was also a controversial man -- unlike the iconic figure celebrated today with a national holiday and an imposing granite memorial in Washington.

"He's become frozen in time -- not as the man he was in 1968, but in the image of August 1963 when he gives the 'I Have a Dream' speech," said David Farber, a history professor at the University of Kansas.

"It's easy for Americans to forget how polarizing a figure King actually was in the 1960s," Farber said.

"He'd become a really radical figure in the United States -- an outspoken opponent of American foreign policy, demanding that justice extend not just to African-Americans but to all poor Americans."

A seminal moment came in April 1967, when King made a speech in New York opposing the war in Vietnam, where more than 11,000 US troops were to die that year.

"King raised the ire of the entire civil rights movement and of government and much of the political structure when he came out against the Vietnam War," said Henry Louis Taylor Jr., director of the Center for Urban Studies at the University of Buffalo.

David Garrow, author of "Bearing the Cross: Martin Luther King Jr., and the Southern Christian Leadership Conference," said opposition to the war was seen as "fringe" at the time, and anti-war sentiment was "not widely popular like it is, say, come 1972." People point to the Martin Luther King Jr. Memorial on the National Mall in Washington, DC

At the time of his murder by James Earl Ray, a white drifter with racist leanings, King had also been living for years under the constant surveillance of the FBI, which had dubbed him the "most dangerous" man in America.

And his unwavering defense of non-violence as the way to bring about change was facing a challenge from a younger, impatient generation of militant black youth.

"The final 12 months of his life, King is so exhausted, so pessimistic about the future, so depressed," Garrow said. "A dozen or more times in his final two years, he says 'The dream I had in Washington in 1963 has turned into a nightmare.'"

"One of the things we miss about King is how hard it was to do the work he's doing, the toll it takes," said Jeanne Theoharis, a political science professor at CUNY's Brooklyn College.

"How much hate, how much opposition he's facing, and how some of that is in the form of horrible violence," said Theoharis, author of "A More Beautiful and Terrible History: The Uses and Misuses of Civil Rights History."

Fifty years after his death, the vision of racial equality that King outlined on the steps of the Lincoln Memorial remains elusive.

Jason Sokol, a history professor at the University of New Hampshire, said there have been some advances for African-Americans over the years, culminating in the 2008 election of Barack Obama, American's first black president.

But racial inequalities persist, "especially when you look at black poverty, the black incarceration rate and the issue of police brutality," said Sokol, author of "The Heavens Might Crack: The Death and Legacy of Martin Luther King Jr."

Taylor, the University of Buffalo professor, stressed that by the time of his death, King's ambitions had gone "beyond civil rights to embrace human rights."

"King's dream was anchored around imagining another possible world based on economic, social, political and racial justice -- things related to a good education, decent and affordable housing, good jobs with a living wage, quality and accessible health care," he said.

"So when we add flesh to King's dream, we realize that we haven't really made much progress over the last 50 years in the realization of that dream," he said.

"While certainly there have been changes in the racial attitudes of individuals, the racism that is embedded in institutions and in structures in the United States has not changed much at all." 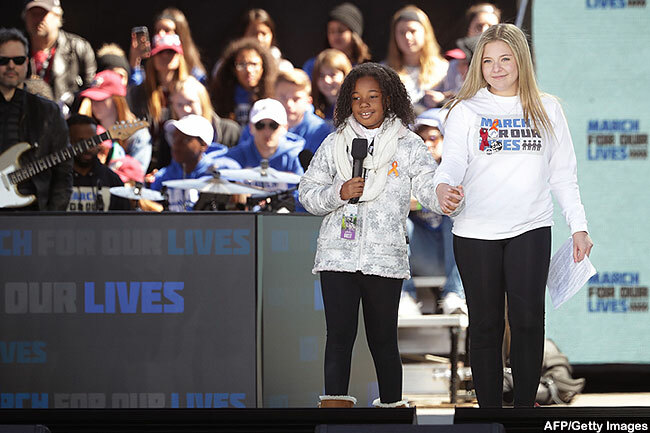 "King said in his Nobel Prize lecture in 1964 that the Freedom Movement was spreading the widest liberation in human history," said Taylor Branch, author of "America in the King Years," a trilogy about King's life and the civil rights era.

"He was referring to worldwide and not just for black people," said Branch, an executive producer of the documentary "King in the Wilderness" which airs on HBO on Monday.

"In many respects it has succeeded beyond his imagination," Branch said.

"I don't think -- at a time when homosexual behavior was not talked about but was even criminal -- he would have dreamed we would have marriage equality," Branch said. "Or a black president. Or all the gains that have been accrued for women."

King's legacy can also be seen in the Black Lives Matter campaign against police violence and other movements for social justice, Taylor said.

"Most recently you saw it in the 'March for Our Lives' in which millions of kids all over the country took to the streets," he said.

"I'm extremely optimistic that out there we're seeing a new generation of folks in this country who are resurrecting the notion of King's dream," he said.

One of those kids at the March for Our Lives was King's nine-year-old granddaughter Yolanda Renee, who galvanized the crowd by recalling his most famous words.

"I have a dream that enough is enough," she said. "And that this should be a gun-free world, period."