One country's DIY battle against HIV
Next Story

The Y+ summit a milestone

"We can to kill AIDS in Uganda. I encourage you never to stop dreaming because I am with no doubt that ending AIDS in Uganda will begin with you young people."

"We can to kill AIDS in Uganda. I encourage you never to stop dreaming because I am with no doubt that ending AIDS in Uganda will begin with you young people."

"As the theme of this year's Y+ summit went 'Confronting HIV with bold steps', I can confidently say that at the end of the three-day celebrations in Kampala, these young people are bold leaders who are ready to confront HIV with bold steps," said Nicholas Niwagaba, the executive director of the Uganda Network of Young People Living with HIV/AIDS (UNYPA), an NGO that organised the summit.

Niwagaba said the summit sought to give young people an authentic voice, create dedicated space and empower, motivate and inspire them to take bold steps to end the social-economic challenges, stigma and discrimination and to take life by the horns.

"We believe young people are the core leaders to end the HIV epidemic, and when they are at the forefront, they can make sure that they follow up their peers from wherever they are to encourage them to adhere to treatment," he said.

Initially, UNYPA had set a target of 150 young people, but the number  surpassed  to 300 young people living with HIV from different districts, including Gulu, Arua, Kabongo, Luwero, Nakasongola, Mubende, Mityana, Wakiso and the bigger number from Kampala from clinics, such as  TASO, Mildmay, Baylor, JCRC and Reach Out Mbuya. 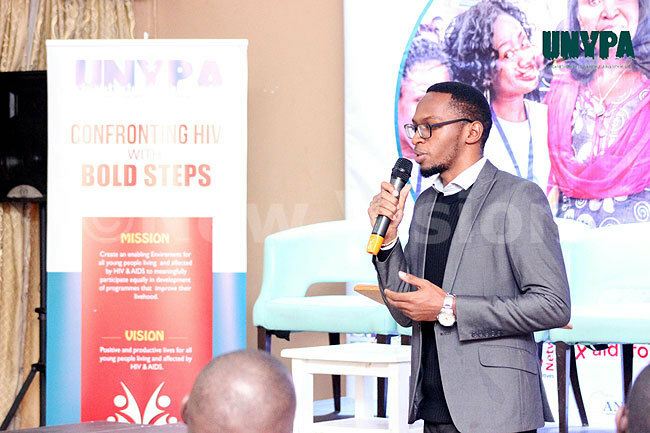 The summit also attracted international participants, who came all the way from the Netherlands and Nigeria. There was a young representative from the Nigerian Network of Young People Living with HIV, a board member, who also represented West Africa.

The paper was informed by the needs of young people and the key/ salient issues in their presentation included: stigma and discrimination, vulnerability to social-economic challenges, drug stockouts, family neglect, SRH problems, HIV co-infections, sexual and gender-based violence, early marriage and exclusion from economic activities.

"Having realiSed that change is slow, the Y+ Summit has resolved that any decisions affecting young people living with HIV must be made in consultation with them. We must be empowered to hold governments accountable in their duty to take action, and policy makers must make an effort to include young people living with HIV  in the formation of policies on issues affecting us," they said.

The youths argued that most young people are dependents - they don't have a lot of resources to afford a balanced diet if they are on medication, the health facilities are far away from where they live to give them a chance to get medication, coupled with issues of adherence.

The Y+ Summit is the brain child of Jacline Alesu, the former executive director of UNYPA.

She said the conference is something that was well-thought because there was a gap after the Y+ Beauty pageant, which would draw young people from all regions. 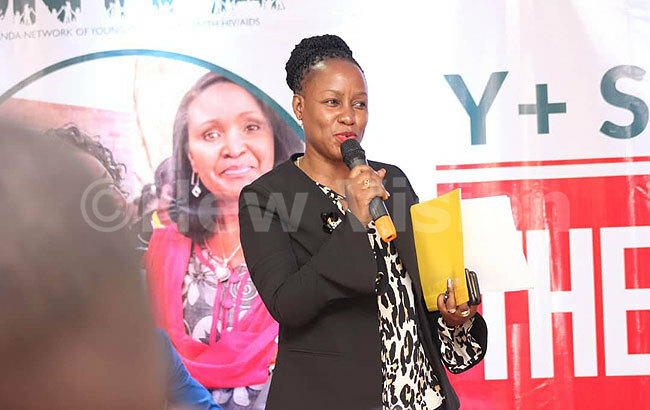 "We thought of something that would bring young people living with HIV together to share their experiences, and I had already thought of a concept but I didn't have a name to give it. But since there was already the Y+ Pageant, I thought the Y+ Summit would sound better," Alesu said.

"Last year, we had 180 participants and this year, the number almost doubled, meaning an impact was created. In the first summit, it was about young people making presentations themselves, but this year, different stakeholders/partners presented their work to young people."

The state minister for youth and children affairs, Florence Nakiwala Kiyingi, who was the chief guest, thanked participants for putting up a spirited fight against HIV/AIDS, and called them champions of the fight.

"And we thank the good Lord for being ahead of the HIV fight because so much has been done to other ailments, so much has been done on managing cancer, but we are not there yet. The HIV/AIDS fight is yielding results. It is a strategy well-done and a fight well -ommanded and that gives hope.

"I am proud to be with young people, thank you for being bold and open. You are real heroes and we are going to win the war," the minister said.

She disclosed that her ministry has come up with programmes that are strictly put aside for benefiting income individuals living with HIV up to sh25m.

"That money is my responsibility, organise yourself and you will get the money. The earlier you get to me the better," Nakiwala said.

Meanwhile, the director general of Uganda AIDS Commission, Dr. Nelson Musoba, said that although Uganda was reputed all over the world as having been the pioneer and leader in the fight against HIV/AIDS, the pandemic still remains a significant challenge in the country, as it has an effect on the economy, young people and society. 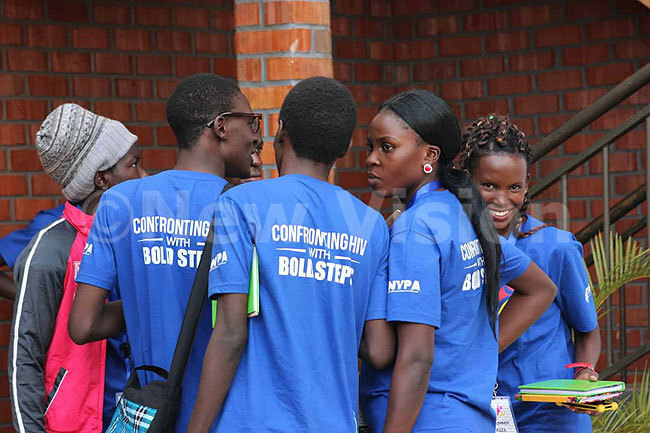 Musoba said that currently, there about 1.4 million people living with HIV and in 2015 alone, 22,000 contracted the virus and 28, 000 died of HIV/AIDS-related illnesses the same year.

He regretted that the levels of stigma and discrimination among people living with HIV are still high, and this calls for acceraltion of effort to combat the epidemic.

"Despite the challenges, Uganda is committed to a global target of ending AIDS as a public threat by 2030. I want to thank UNYPA for the advocacy you have been involved in.

"You, as young people, remain very central for Uganda to achieve the global target. Uganda AIDS Commission would want you to participate in designing messages and disseminate them to fellow young people to encourage them to realise the danger of the HIV infection," he said.

Musoba added: "I wish to underscore that you, the youth, are at the heart of the work that we do as Uganda AIDS Commission. As the theme for today, all stakeholders at all levels of the HIV/AIDS response should all confront HIV with a bold step.  We remain committed to working with the young positives to ensure participation at all levels." 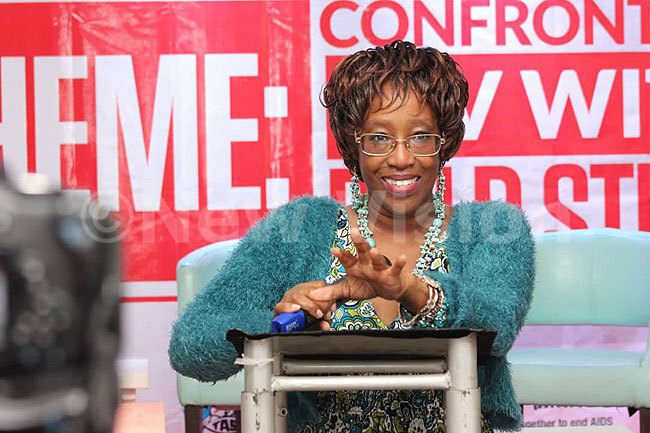 Dr. Karusa Kiragu, the UNAIDS country director, hailed young people living with HIV and said UNAIDS is committed to stand with them as they move towards 90-90-90, and soon 95-95-95.

She said they were committed to be with the young people until they end AIDS in Uganda by 2030.

"Thank you for confronting AIDS. UNAIDS is with you, we want to stand with you and support you in any way. We can to kill AIDS in Uganda. I encourage you never to stop dreaming because I am with no doubt that ending AIDS in Uganda will begin with you young people," Kiragu said.