Mayanja, Nabil, Kirabo save face at Cana Z...
Next Story

Vision Group CEO Robert Kabushenga thanks Bryan White for his contribution to the Kabaka Birthday Run. PHOTOS: Johnson Were

Socialite Bryan Kirumira popularly known as Bryan White has contributed sh10m towards Kabaka's Birthday Run due on April 8 in Kampala.

White handed over the sh10m to Vision group CEO Robert Kabushenga at his offices in Munyonyo and urged Ugandans to contribute to this noble cause.

"I thank you for the work you have done to educate the youth and that is exactly what I'm also doing through the Bryan White foundation," White said. 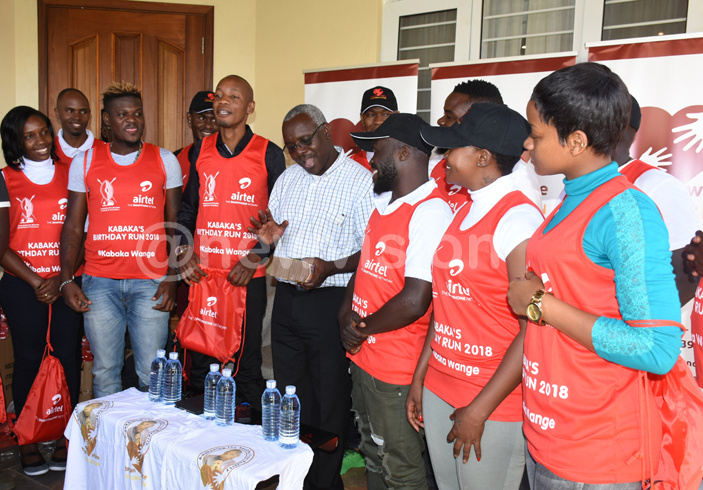 "You know how difficult it is to sensitise these youth, but I appeal for your support so that we can build our country," White told Kabushenga who promised support through Vision Group platforms.

White handed over the sh10m to Kabushenga in the presence of artists including Weasel, Michael, Comedians Mad Rat, and Teacher Mpamire.

The Kabaka Birthday Run is sponsored by Vision Group under their brand Bukedde, Airtel, Rwenzori Water and Post Bank.

All set for BOU to issue Islamic banking licenses