Over thirty corporate companies participated in the third edition of the NSSF Kampala Hash Seven Hills Run on Sunday.

Martin Ssebuliba who won the 21km race is now targeting the Mandela Marathon in South Africa next month after conquering Kampala's historical seven hills in 1:18.00.

Ssebuliba, 24, won on his third time of asking, having finished second in each of the past two editions.

"I have been training hard in Kapchorwa and the route was very familiar; the weather too was good," Ssebuliba who also doubles as a Prisons athletics club athlete and a harsher at the same time said after the race that started and ended at the Pearl of Africa Primary School in Nsambya.

Dickson Waisswa and M. Tembuli came second and third in 1:20.08 and 1:20.12 respectively ahead of over 600 runners who braved the morning chilly conditions. 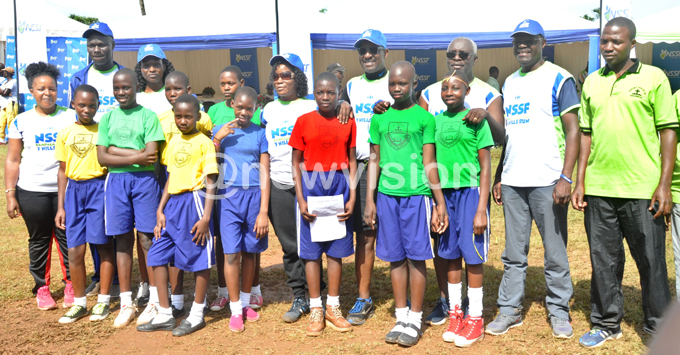 "As Vision Group, we are committed to sponsoring this event next year and you can count us in with most of the other sponsors," Kabushenga said before challenging those who want individual contests with him to stop ambushing him on the route but declare well before the race.

KCCA Executive Director Jennifer Musisi thanked NSSF, the Hash Harriers and the corporate companies for participating in the transformation of lives of many children in the city.

"We have been able to renovate Nakivubo Settlement, Provide water to St. Ponsiano Kyamula, Kasubi Church of Uganda and from this run we are going to support St. Paul Primary School in Nsambya and Mbuya Church of Uganda Primary School where we are going to provide roofing, water and giving a facelift to clasrooms, so we thank all of you who have contributed to make a difference; together we can transform the lives of these children," Musisi said. 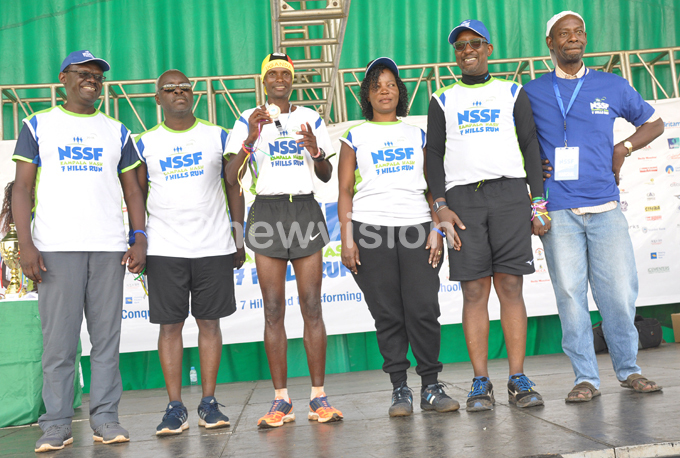 Hash Master Stephen Luswata thanked all sponsors who contributed to the charity run and asked them not to relent in the coming editions.

The 21km run starts at the Pearl of Africa Primary School in Nsambya before traversing the historical seven hills of Kampala; Kibuli, Nakasero, Old Kampala, Namirembe, Lubaga, Lubiri before ending at Nsambya.