MENU
Why Ugandan footballers are not going miles
Previous Story

In Somalia, women defy strict rules to pl...
Next Story

Uganda Cranes beat Sao Tome and Principle today evening in a friendly at Namboole stadium as coach Sebastien Desabre picked his first win at home since joining the team three months ago. The Cranes team that started against Sao Tome at Namboole

Joseph Ochaya, Murushid Jjuuko and debutant Abraham Ndugwa each had goal for the Cranes. Jose Varaela scored a consolation for Sao Tome and Principle.

Uganda will now face Malawi on Tuesday in a second friendly still at Namboole. Both trial games are preparing the national team for the 2019 AFCON qualifier with Tanzania on September 7, at Namboole. Cranes who are placed in Group L with Tanzania, Lesotho and Cape Verde top the group with three points. 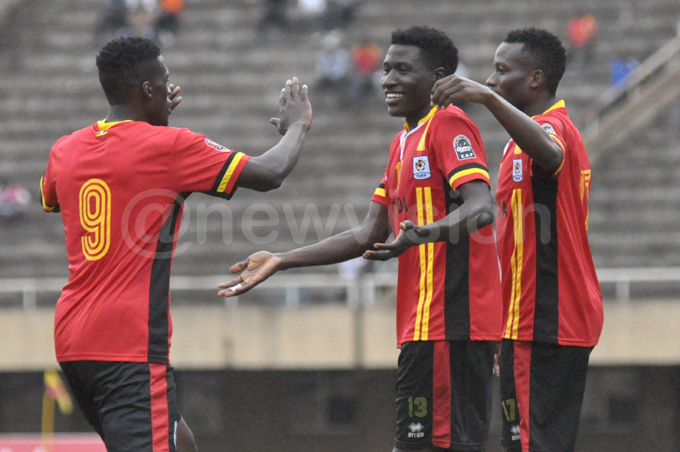 England's Yeovil Town defender Bevis Kizito Mugabi who is part of the 24 players in camp had chance to make his national team (Uganda Cranes) debut today.

Mugabi had received his first call up to the national team in August, 2016 for the friendly against Kenya and the 2017 Africa Cup of Nations qualification match against Comoros, but was withdrawn from the squad by Yeovil Town.

Time For A Muganda President?

Time For A Muganda President?