Around Uganda - Four die of hepatitis B
Next Story

She has an infectious but easy smile, as she explains her fortune of being in school. "Since I started school I have always been a school fees defaulter, this had greatly affected by academic performance," Alikoba says.

The senior two student is one of several disadvantaged girls benefiting from the meagre resources of local non-governmental organisations.

According to John Bosco Bassajjasubi, the coordinator of Community Girl Child Empowerment Network, there are several non-governmental organisations engaged in empowering the girl child through education in the communities of Lubani, Namwendwa, Kayiira and Buwenge in Jinja district.

Bassajjasubi said his organisation raises school fees from well-wishers and the community for the education of girl child.

He says that though they are limited by resources, the organisation plans to provide health information and skills such as making of re-usable sanitary towels to ensure the girl child keeps in school during the menstrual period. 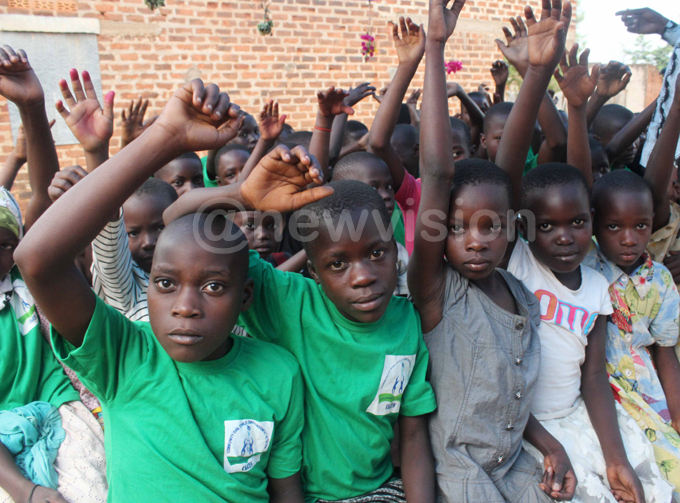 "The organisation provides us with fees, scholastic materials, counseling and also intends to provide us with practical skills so that we are able to transform both our lives and those of the community we live," Alikoba says.

"I had dropped out of school because my parents could not afford to pay my secondary school education."

Alikoba says during that time, she was getting exposed to social vices and she is happy that the organisation identified her and offered to take her back to school.

"Am now in senior two and I intend to do sciences at A'levels to achieve my goal of studying Medicine and Surgery to impact society," Alikoba said.

She doctors have always been her role models and adding value to society is the least I can do; after all that has been done for me." Alikoba says as many others are looking to emulate Alikoba's optimism.

Prossy Isanga, a social worker says that in addition to education, the network plans to build a multi-facility, equip it with computers, tailoring and Knitting machines to help build a wholesome student with both formal and vocational skills.

Isanga added that they also plan to involve in advocating for child protection and psychosocial support, health support services, economic strengthening of the parents, advocacy and organizational development.

"Since inception, we have impacted the lives of about 200 girls and their families and the impact has spilled over to the surrounding communities.

She adds that with funding they plan to construct a girls' dormitory at Lubani village since 50 per cent of the girls in the school are beneficiaries.

"Our vision is to envision a world where all people are contributing to the social, economic and political development of their communities," Moses Isanga, the director said.

He explained that as an organization their goal is to support the government agenda in ensuring that children's rights are respected, observed and protected.