Govt plans to recruit graduates as volunteers
Next Story

Kirumira refuses to attend court without the press

Muhammad Kirumira argues that he will not be tried in darkness since there is nothing to hide.

Muhammad Kirumira argues that he will not be tried in darkness since there is nothing to hide.

PIC: Kirumira cast an air of confidence as he declared his interest in being tried in the presence of the press. (Credit: Yudaya Namyalo)

Kirumira argued Tuesday that the guidelines that had been given in earlier trials, to keep journalists, were intended to protect witnesses. However, he said, the case in question was dropped and, therefore, there is no threat.

He argued that he would not be tried in darkness unless he understood the constitutional interpretation of the move.

He, therefore, conditioned that unless the journalists that had earlier been thrown out of court on orders of Police tribunal chairperson Dennis Odongpiny are allowed to cover the proceedings of the case, he would not allow to be tried. 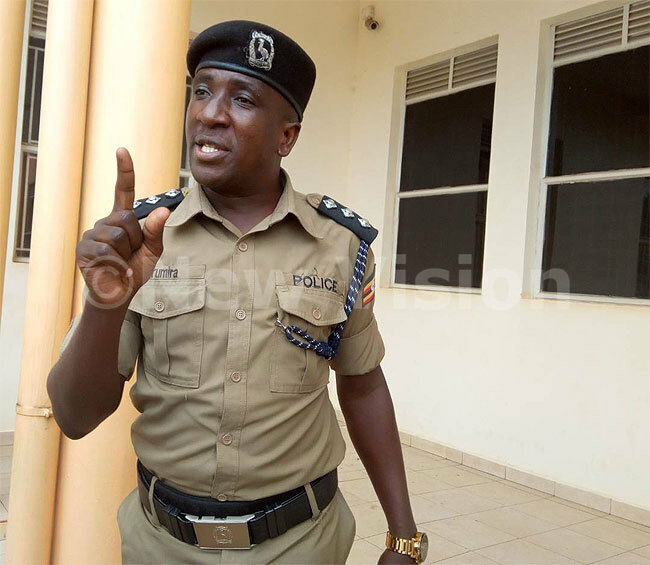 A number of cases have been brought against Kirumira, with some dropped

According to Kirumira, his court woes have reached the level of providing defence and judgement. He wonders why the court should throw out journalists who are reporting "exactly what happens in court".

A visibly confident Kirumira made it clear he was ready to be taken back to Nalufenya detention facility for incaceration, but not be tried behind doors closed to the media.

Kirumira was arrested in early February following utterances of his resignation from the Police job without following the procedure and was remanded to Police cells.

Since then, eight cases have been brought against him and he is still battling them in the Police court.

While two of the cases were dropped, Kirumira is battling six cases, most of which are of corrupt practices.