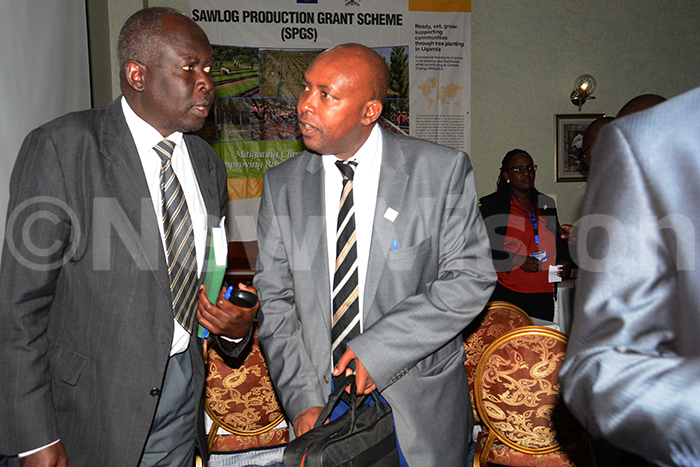 KAMPALA - The Food and Agriculture Organisation (FAO), a UN agency, has stepped in to save Bugoma forest from being depleted by an influx of refugees, who are cutting the trees for firewood and for building shelters.

"We are working with the Office of the Prime Minister to stop the cutting of trees in Bugoma forest," Mutaryebwa said.

During a media dialogue on commercial forestry to mark the International Day of Forests at Grand Imperial Hotel in Kampala, Mutaryebwa disclosed that the agency was going to plant 1,000 hectares of fast-growing trees to conserve Bugoma forest.

The dialogue held under the theme, Forests and Sustainable Cities, was organised by FAO.

Recently, when the New Vision visited Bugoma forest, it was being depleted by refugees from the DR Congo, who had gone ahead to clear part of it for farming.

Priya Gujadhur, the FAO country representative, on the theme of the forests for this year, emphasised that forests are key to supporting the booming construction works in cities and also act as a sink for heavy emissions of carbon from mushrooming industries in and around cities.

She pointed out that 96% of the population relies on biomass in Uganda, with limited or no access to energy-improved technologies that can allow energy saving.

Gujadhur said the forests cover about 31% of world's land mass and roughly 1.6 billion people depend on them for their livelihoods.

Gujadhur informed guests that this day of International Day of Forest was established by a resolution of the United Nations General Assembly in 2012 to raise awareness of the importance of forests.

Every year on March 21, worldover, various activities are held in different countries to celebrate this day.

She told the audience that FAO is currently implementing the Sawlog Production Grant Scheme phase III on behalf of the Government, with financial support from European Union.

Charles Byaruhanga, the commissioner in the environment ministry informed participants that Uganda loses 95,000 hectares of forest cover annually and, therefore, the need to plant trees to restore it.

He appealed for political will, increase in finance to support tree planting and tax incentives, if the forests cover restoration project is to succeed.

Leonidas Hitimana, the project co-ordinator of the Sawlog Production Grant Scheme phase III, said the project targets the establishment of 32,000 hectares of commercial forest plantations across the country by 2020.