Eva Magala was on top of her game, returning 63nett to win the Lady Captain's prize tournament, as serving captain Mary Ocheng ended her two-year term  at Kitante on Saturday.

Magala beat a strong field of golfers including her nearest challenger Judith Komugisha, who she beat by six strokes. In the subsidiary men's competition Paul Baite was in similar form beating the over 100 male participants to the top prize with a net score of 65.

In Group A Club Championship winner Harriet Kitaka was beaten to the top accolade by youngster Judith Komugisha, while Martha Babirye came second.

Group B belonged to the Chinese community golfers, with Tian Qiu Xaing, MK Lee and Mi Kim Jung bossing the group with 67, 70 and 72 net respectively. 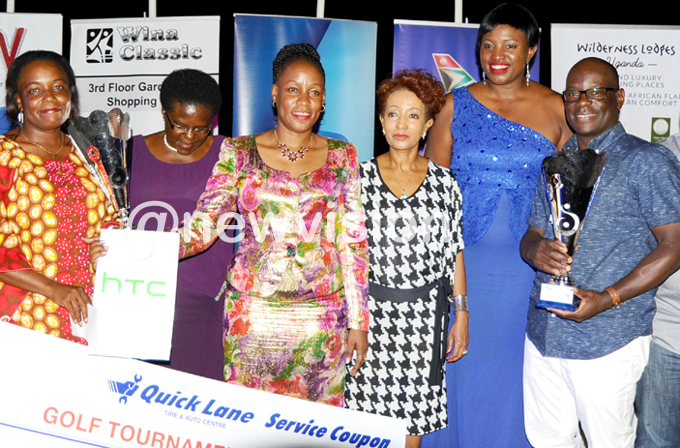 Junior golfer Julia Nampewo fresh from representing the country at the Africa Junior Championships in Morocco took both the guest and longest drive accolades.

Ministers of Transport and Works and that of Children Affairs Monica Ntege and Nakiwala Kiyingi were among the top guests that graced the one-day event.

Collins Ajidra, Charles Kagombe and Daniel Lyagaba were the top players in the men's subsidiary event, in groups A-C where Richard Baguma, Anthony Agaba and Patrick Kagoro were runners up respectively.

Christ The King in Easter fest

Christ The King in Easter fest