Playing off handicap 19, Ssempebwa beat Michael Monne on count-back, to set the pace for Entebbe Club

Playing off handicap 19, Ssempebwa beat Michael Monne on count-back, to set the pace for Entebbe Club

Robert Ssempebwa returned 69nett to not only win the Castle Lite Entebbe Club monthly mug (March) tournament, but also to inspire his side to their fourth Castle Lite inter-club championship against Kigali Golf Club at Entebbe Club on Saturday.

Playing off handicap 19, Ssempebwa beat Michael Monne on count-back to set the pace for Entebbe Club members who beat their Kigali counterparts by a 74 short margin, to win the two-legged annual championship. The second leg will be played in Kigali later in the year.

Paul Nsereko (69nett), Daniel Opwonya (70nett) and Resty Nalutaaya (70nett) were the other outstanding players for Entebbe who also had Regina Namata, Charles Kabunga, David Kateregga and Jacob Byamukama returning a uniform score of 71nett, with Twinemanzi Tumubweinee adding 73, to wrap up the win on home soil.

"We promise we shall beat you again even in Kigali," Entebbe captain Edwin Tumusiime assured the visitors who were led by Rwanda Ambassador to Uganda Frank Mugambage with a 72nett score.

Mugambage hailed Entebbe for the good hospitality and urged the golfers to continue with the championship that also has a tourism element in it. He told them they would find a refurbished course in the return leg in Kigali. 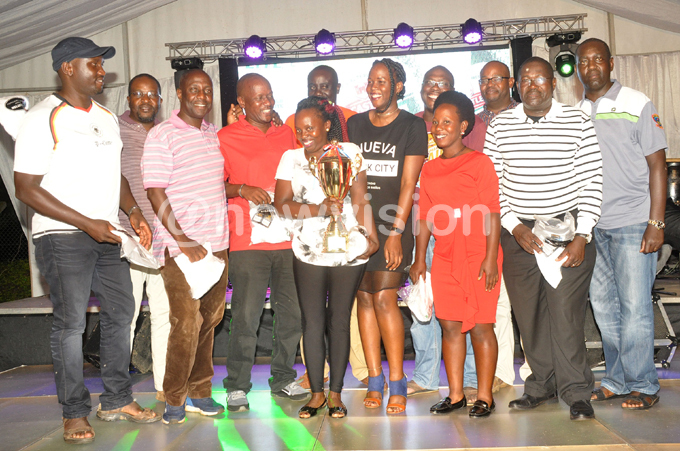 Eugene Murengekha, James Muigai, Apollo Nkunda, Anthony Olwit, John Thairu (79), Francis Njoga (80), Johnson Kangethe (81), Franco Nkumba (81) and Kelvin Kuria (82nett) were the top players for the Rwandan side that found a bother in lake flies that had invaded the course.

Meanwhile, Castle Lite has launched an under the crown promotion from which customers can win MBs and a fully paid trip to Johannesburg to watch American rapper Jonathan Bennet ‘Chance the Rapper'.

According to Castle Lite Brand Manager Julian Ssentamu, the ‘Castle Lite Unlocked' promotion will have 10 winners enjoy the trip upon entering the code they find under the crown on www. castlelite.com

"Thank you for playing and representing; every tournament the numbers keep on growing. Thank you for showing love to the Rwandan team," Ssentamu told Entebbe members before they danced to the beats of A Pass.

Olympics should move due to Zika concerns, say 150 experts

Zika spreads in Africa for first time: WHO