SOROTI - The Police in Soroti district have detained four men for allegedly engaging in gambling during working hours.

The suspects were arrested at Moruapesur Ward, Soroti municipality on orders of the Soroti resident district commissioner, Isaac Kawooya, after they were allegedly found playing cards for money at a round 2:00pm.

They include; Nathan Okanya, Andrew Okello, Brian Olupot and Emmanuel Opejo, currently held at Soroti Central Police Station after they were arrested on Friday.

He blamed the unrestrained gambling for the rampant cases of thefts and murders in the Teso sub-region.

"Individuals should desist from gambling and concentrate on activities which yield them household incomes," Kawoya said. 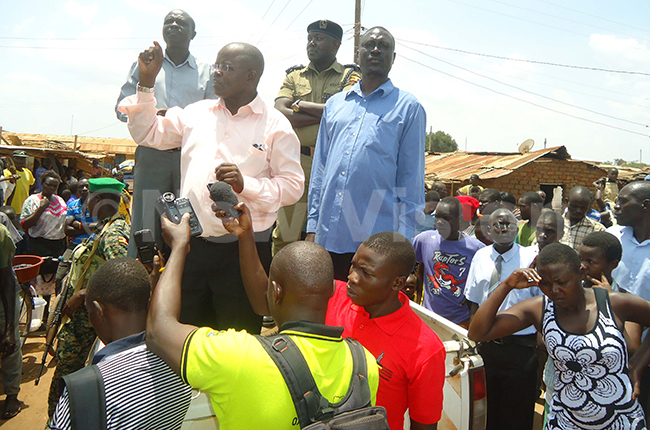 The Police also impounded a flat screen TV, two loud speakers and an amplifier belonging to Badland Video Hall in Pamba ward, Soroti municipality for operating a video hall before 4:00pm, contrary to the set guidelines by the district security committee.

Paul Omer, the Soroti municipality mayor, advised men to balance between work and leisure in order to improve their livelihood.

Omer said some video halls in town have turned into havens for criminals, who are terrorising the town through stealing peoples' property and murdering bodaboda riders.

He asked Police to handle the arrested suspects as the law provides.

Stephen Ojok, the Soroti acting district Police commander, said the four are charged with being idleness and disorderly.

He appealed to the public to work harmoniously with security operatives to curb crime by tipping the Police with information about the hideouts of criminals so that they can be rounded up and charged in courts of law.