When pupils read the stories from newspapers, it nurtures them into confident adults. I am going to make sure I avail newspapers to my pupils,”Kitareba said.

When pupils read the stories from newspapers, it nurtures them into confident adults. I am going to make sure I avail newspapers to my pupils,”Kitareba said.

Over 70 teachers and about 50 school representatives from Nakasongola district attended training on how to use newspapers to improve their teaching skills.

The lessons taught were literacy, Mathematics, Social studies and English.

The training for teachers was conducted on the first day, while the second day was for school representatives, who included heads of teachers’ parents’ committees, school management committees and LC3 chairpersons.

Thomas Gumisiriza, a teacher at Kitareba non-formal school appreciated the training. “When pupils read the stories from newspapers, it nurtures them into confident adults. I am going to make sure I avail newspapers to my pupils,”Kitareba said. 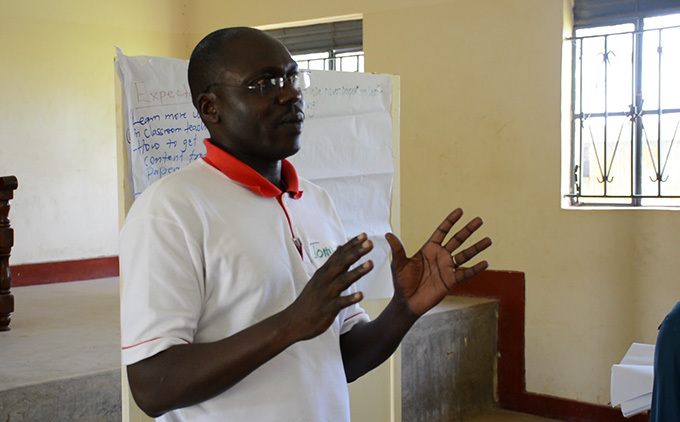 Non-formal schools thrive in Nakasongola because it is a remote area and under Save the Children education project, such schools were established to answer to the needs of learners who need basic literacy, numeric and general knowledge. Others continue to formal school and go through the school system.

Winnie Nayebale, a teacher and team leader at Naluloongo Chance School, said pupils’ knowledge will be broadened with new information if teachers use newspapers.

“I am going to make sure I use newspapers in my lessons,” Nayebale said.

For Robert Mbagira Semyalo, a head teaher at Kyawakanda non-formal School, the training proved that pupils can also learn from just looking at the pictures and illustrations in the newspaper.

“I have learnt a lot from the training. Now the pupils in my school can learn by even just looking at the pictures in the newspaper. They will also learn current affairs,” Mbagira said. 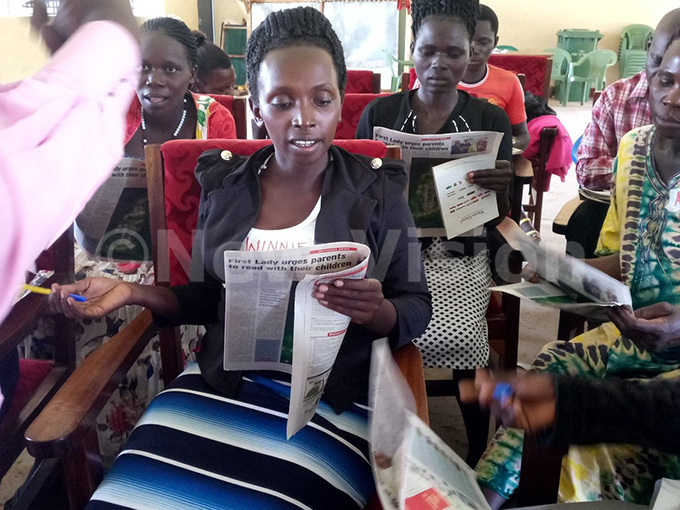 Some of the teachers participating during the training

Joan Nakabuye, a teacher at Nakarikirya non-formal school said after the training, she was going to help pupils in her school to answer questions. 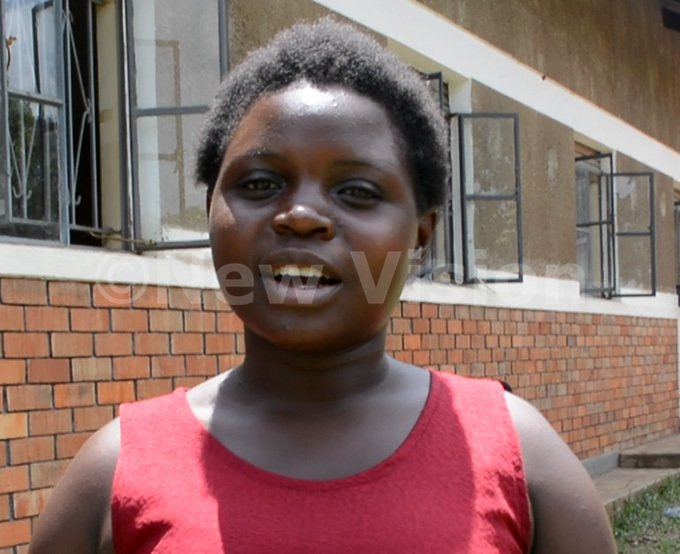 According to Fred Busingye, the Save the children coordinator in the district, school representatives will monitor teachers to see if they are using the newspapers to teach their pupils.

After their training, the educationists were also optimistic that newspapers will help both learners and teachers. 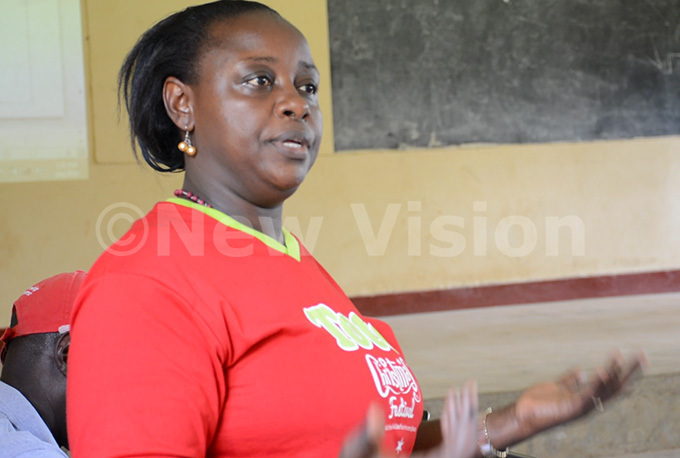 Richard Senyimba, Secretary for information, Nakitoma sub-county, said after teachers have used newspapers in teaching, they will organize reading competitions in the schools.

“We are planning to have reading competitions to help pupils develop their reading capabilities. This training is really fruitful,” Senyimba said. 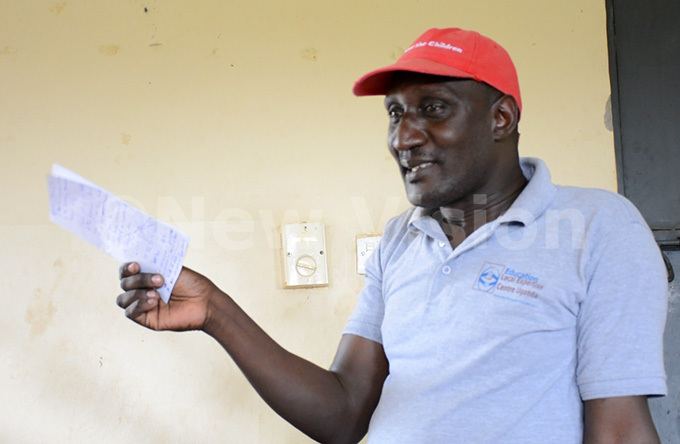 Fred Busingye, the Save the children coordinator at the training.

“I have understood that when pupils are taught using Newspapers, their confidence is developed. I am optimistic that this will help boost their reading culture,” Seruga said. 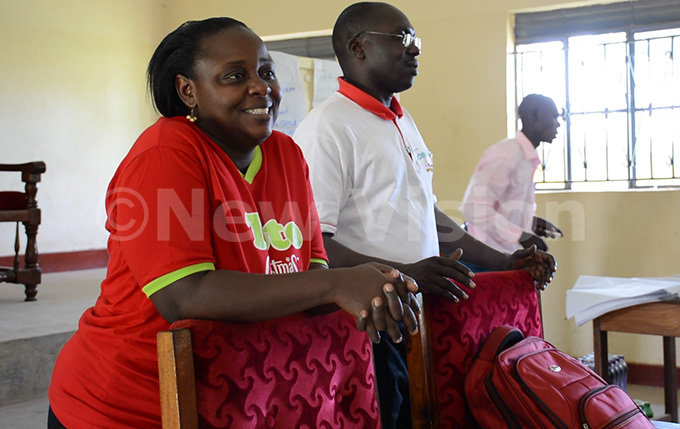 Rovincer Nakalema, chairperson school management committee for Nalusaka centre said when teachers use newspapers, pupils become aware of what is happening in society.

She added that this also improves on their spellings. 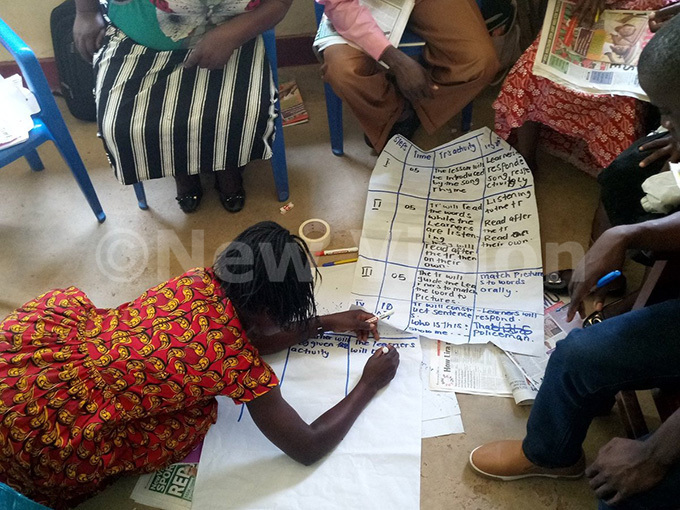 “The newspapers are going to help our pupils improve on their spellings. They are also going to act as a mirror on what is happening in society,” Nakalema said.

“These schools are found deep in villages, but after learning how to use newspapers to teach their pupils, they started registering first grades in PLE,” Eremu said. 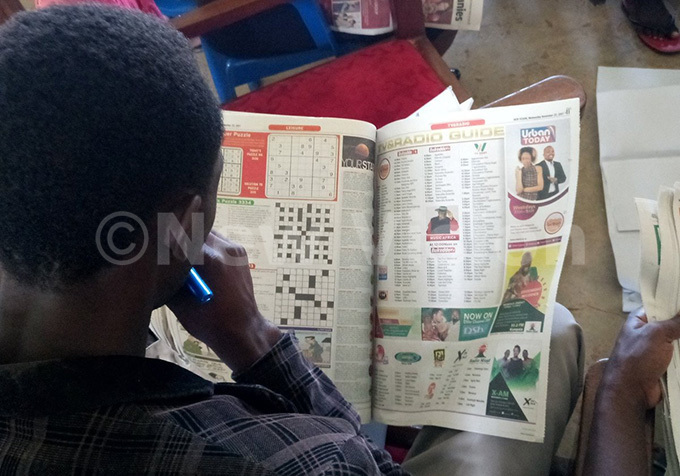 Ajuna challenged the trainees to always give pupils newspapers and encourage them to read them because they carry new information which the usual text books used to teach pupils do not have.

“If you put a textbook and a newspaper in front of a class, pupils will definitely pick a newspaper because it carries new information which the text book does not have so please use them every now and then as you teach,” Ajuna noted. 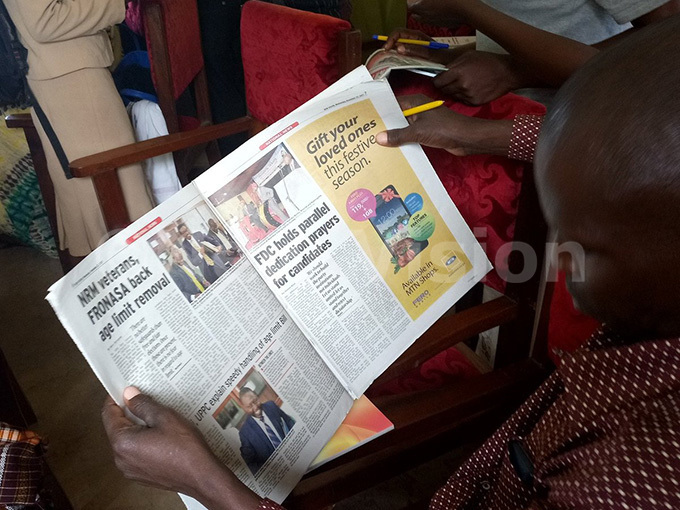 Various schools under the Newspapers in Education project in Nakasongola district are receiving free copies of the New Vision to help with this process.

The NiE project is spearheaded by the New Vision in partnership with Save the children Uganda and Private Education Development Network (PEDN) Uganda.