France gears up for next wave of asset sales

To avoid putting further strain on the already stretched public finances, the government will finance the plan by selling stakes in the roughly 80 French companies owned partly or entirely by the state

To avoid putting further strain on the already stretched public finances, the government will finance the plan by selling stakes in the roughly 80 French companies owned partly or entirely by the state

PIC: The French government may sell its majority stake in ADP, which operates Orly and other airports serving Paris (Credit: AFP)

FRANCE - French President Emmanuel Macron will be putting his investment banking chops to use in coming weeks as his government prepares a new wave of state asset sales to pay for his "disruptive innovations" fund.

After his election last year, Macron pledged 50 billion euros ($62 billion) to help modernise the country's economy, and 10 billion has been earmarked for promoting innovative technologies.

To avoid putting further strain on the already stretched public finances, the government will finance the plan by selling stakes in the roughly 80 French companies owned partly or entirely by the state.

Analysts said that of the four, the government was unlikely to sell more shares in the energy giants EDF and Engie.

That leaves the Paris airports operator ADP and the lottery and scratch tickets group Francaise des Jeux (FDJ) as the likely targets.

A source with knowledge of the government's plans said the FDJ stake could be cut to 20 or 30 percent from 72 percent currently, possibly by offering shares to the public.

For ADP, in which the state holds just over 50 percent, the government may turn to construction giant Vinci, which already owns an 8 percent stake.

If the entire stake were sold, that alone might get the government close to its goal for the innovation fund, currently endowed with about 1.6 billion euros -- but so far the government has not tipped its hand.

"10 billion euros is a lot," said Jean-Louis Mourier, an economist at brokerage Aurel BGC in Paris.

"The question is, how exactly are they going to get the money? The assets have a value on their books, but it's not certain that they'll fetch that price on the market." 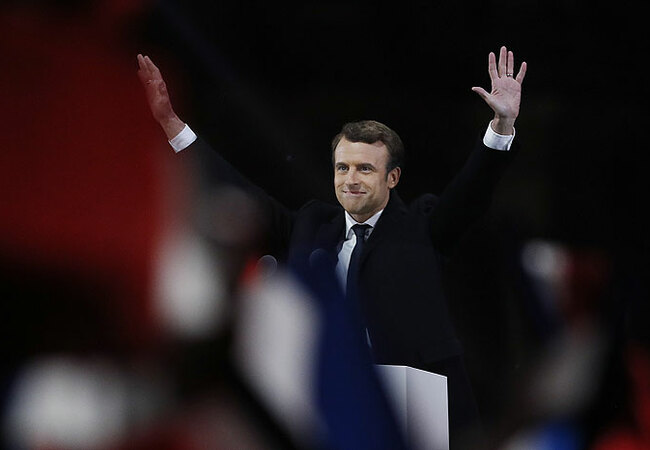 It is familiar ground for Macron, who spent several years working on mergers and acquisitions for Rothschild - itself a major player in France's previous privatisation projects.

France's portfolio of stakes is valued at around 100 billion euros, but a large chunk is in defence, nuclear and other key industries that are unlikely to be touched.

"The state must remain a shareholder in strategic sectors, where it is a question of our sovereignty," Le Maire told lawmakers last Thursday. "For the others, the state's only role is to get dividends."

Selling additional shares in about a dozen regional airports and as many port operators could be an easy option.

Beyond those, the government may be running short on other obvious candidates, following years of stake sales by previous administrations - leftwing or rightwing.

Over the last 20 years, major French firms such as France Telecom, bank Credit Lyonnais, airline Air France, motorway operators, and shipyards in western France have been progressively sold off to private owners.

"They are continuing a process that has been in place for several years and pursued by every government," Mourier said.

But Prime Minister Edouard Philippe has vowed the state will not privatise rail operator SNCF, even as he prepares an overhaul that could see the government take on its debt load of nearly 50 billion euros.

France already has a public debt that represents nearly 100 percent of its GDP, far above the EU target of 60 percent, making it one of just two eurozone countries -- the other is Spain -- still under the EU's "excessive deficit procedure".