Journalists get tips on sensitive stories
Next Story

Mukono, Wakiso and Mpigi to share master plan with Kampala

Kisamba pointed out that with better development of the Greater Kampala Metropolitan Area the city will be able to support the increasing population.

Kisamba pointed out that with better development of the Greater Kampala Metropolitan Area the city will be able to support the increasing population.

The Government has unveiled a master plan to merge three districts to Kampala to foster economic development.

The three districts are Wakiso, Mpigi and Mukono.

The grand strategic plan for the joint development of Greater Kampala Metropolitan Area (GKMA) was launched on Friday at Pearl of Africa Hotel in Kampala.

The strategic plan aims at ensuring that the area is jointly planned and developed with modern infrastructure and all the necessary amenities.

Presenting the report to the stakeholders the chairperson of the National Planning Authority (NPA) Dr. Kisamba Mugerwa, said the plan will help in ensuring that all key connection roads within the four districts are tarmacked and accelerate economic development and create employment.

Kisamba pointed out that with better development of the Greater Kampala Metropolitan Area, the city will be able to support the increasing population.

The plan revolves around constructing a road network which will link Kampala to the three districts for economic and infrastructural development. 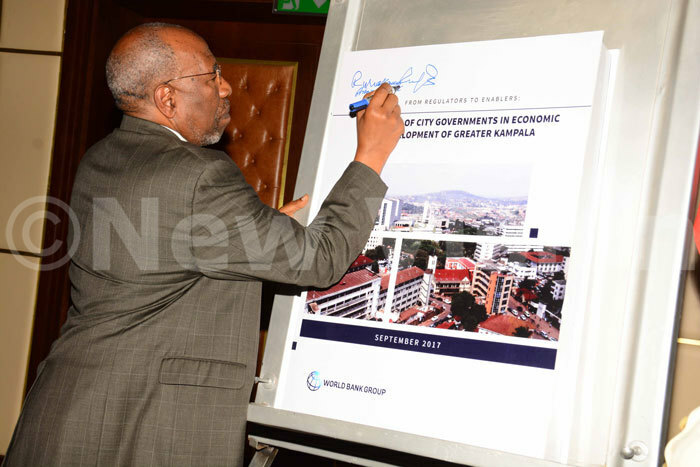 The Prime Minster Dr Ruhakana Rugunda hailed the Word Bank for supporting the development of the plan and urged them to continue supporting its implementation.

He said Cabinet and the President will deliberate on the strategic plan and take appropriate action.

According to the report 73% of the Greater Kampala roads are unpaved and yet the number of vehicles on the roads is increasing faster than Infrastructure investment.

The NPA chairman said that with improved transport infrastructure it has advantage of lowering cost of motorized transport in Kampala as well cost of doing business.

The plan also entails the development of slums

The plan will include development of artisan parks, workshops and markets for street vendors, business engagement centers, business incubation and job centers for the youth, micro-enterprise workspace programme, and attracting further investments in Greater Kampala.

This has worsened the traffic flow and caused damage on the available infrastructure. 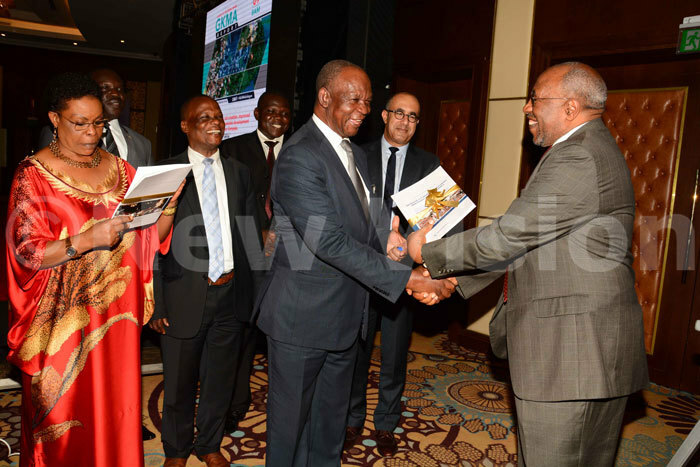 The executive director of the NPA Joseph Muvawala said the plan will conserve and protect the environment and have a comprehensive solid waste management.

He also informed guests who included development partners, town clerks, municipal mayors, government officials and civil society that the plan will help to transform informal sector and create employment for the youth.

The KCCA executive director Jennifer Musisi welcome the strategic plan and pledge to support it and called for its financing to uplift the lives of the urban poor and they engage in business and create employment.

She said the authority has been grappling with the issue of traffic jam but with strategic plan in place this would be solved.

The Kampala Capital minister Beti Kamya urged government to come up with the legal framework that will make the master plan work and its budget. Stakeholders speak out
The deputy Lord Mayor Sarah Kanyike called on Political leaders to embrace the GKMA adding that the role of the political leaders is to cooperate, with politicians in the four districts.

"We as political leaders should champion the change if we are to have a better city," Kanyike said.

He added that people spend more time in the traffic jam which should be addressed urgently.

The Buliisa MP Stephen Mukitale criticized government for puzzling land titles to private investors and approving their plans without taking into account the infrastructure needed for the population city dwellers.

The lawmaker urged government to put up markets in the suburbs of Kampala instead of centrating in the central business district.