PIC: Winnie Nabatanzi, one of the survivors of the recent robbery. (Credit Davis Buyondo)

RAKAI - The Police in Rakai district are pursuing armed robbers that raided, killed one person and left several others injured in three villages.

Also property, including phones and hard cash worth over sh2m was stolen.

He identified the deceased as Ibrahim Kabusi 44, a resident of Rwamatama village in Kajju parish. Kabusi was shot in the chest trying to fight the robbers, who raided a local bar in which he was drinking beer. His body was taken to Rakai Hospital for a postmortem.

At Buyojwa in Lyakisana parish, the louts raided Naomi Komugisha's shop and made off with sh400,000.

At Kyakatamara village, they raided a bar and beat up 60-year-old Sylvester Biryabarema, before robbing the bar owner, Nicholas Tumwesigye of sh1m.

According to Julius Byabikyengire, the Kacheera sub-county councillor, more than five people lost their properties, while those injured are receiving treatment at different health units. 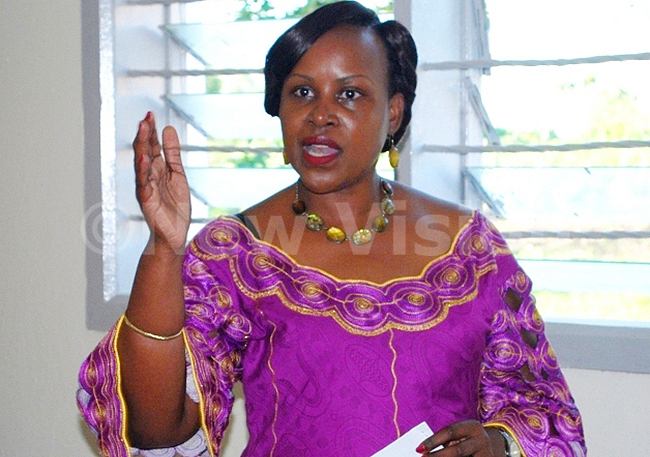 He further said the robbers were travelling in a white Mark II, adding that it was difficult to record the number plate in darkness.

However, reports say the robbers fled in the direction of Lyantonde. Kigozi said the Police were in their pursuit as investigations continue.

A series of armed robberies have rocked Rakai and Kyotera districts in three weeks, leaving over seven people injured and three others people dead.

The recent incident is of a wholesaler identified as Winnie Nabatanzi, who was shot in the leg and robbed of sh3m.

Residents have attributed the increasing crimes to the ongoing operation to curb illegal fishing on Lake Victoria. They suspect many of the fishermen for lack of job have resorted to criminal activities to earn a living.

Thousands of fishermen abandoned the landing sites for fear of being arrested by the army.

A Rakai district councillor, said the majority are currently redundant and have engaged in unlawful activities for survival.