Gains made in Somalia risk being eroded - AMISOM ministers

The caution was made by Uganda’s Foreign Affairs Minister, Sam Kutesa, who said the Mission was also in need of force enablers and multipliers which are crucial in carrying out effective operations.

The caution was made by Uganda’s Foreign Affairs Minister, Sam Kutesa, who said the Mission was also in need of force enablers and multipliers which are crucial in carrying out effective operations.

Foreign affairs and defence ministers from AMISOM Troop Contributing Countries (TCCs) have warned that gains made in Somalia risk being eroded if outstanding issues such as inadequate troop numbers and unpredictable funding are not addressed.

The ministers, who are attending a TCCs meeting in Kampala, Uganda, reiterated the stand taken by their respective countries' chiefs of defence forces, a day earlier, that the African Union Mission in Somalia (AMISOM) needs more support to enable it execute its mandate of securing Somalia.

The caution was made by Uganda's Foreign Affairs Minister, Sam Kutesa, who said the Mission was also in need of force enablers and multipliers which are crucial in carrying out effective operations.

"Going forward, it is essential therefore that the international community looks at the bigger picture in Somalia, so that the gains made in recent years through enormous efforts and great sacrifice of AMISOM and the Somali National Army (SNA) are not in vain," Kutesa noted. 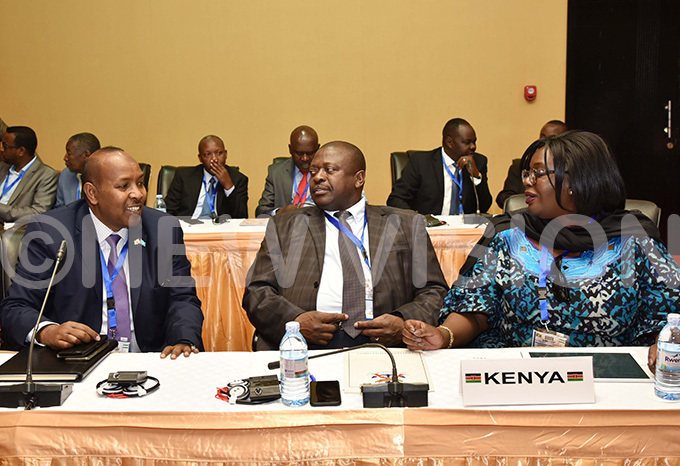 He emphasised that the AMISOM drawdown should be synchronised with the corresponding strengthening of the Somali national security forces to ensure no gap is left once AU troops exit.

In his remarks at the pre-summit meeting, Ambassador Smail Chergui, the African Union Commissioner for Peace and Security, appealed for increased and coordinated international aid for activities that support the transition plan to enable the Somali national security forces take over security responsibilities of their country.

Ambassador Chergui paid tribute to personnel who have lost their lives in the line of duty in Somalia and thanked the TCCs heads of state for championing the spirit of pan-Africanism.

He noted that Somalia was on a positive trajectory, pointing out that political gains made last year are important for AMISOM's exit strategy and transfer of security responsibilities to the Somali national security forces.

The AU official cited some of the positives being made in Somalia, among them, the adoption of the National Security Architecture, which provides a framework for rebuilding the Somali national security forces, the roadmap for inclusive politics and the constitutional review process and a new electoral model for one-person-one-vote in the 2020 elections.

The political stability in Somalia, Ambassador Chergui noted, has allowed for the commencement of the development of a Somalia Transition Plan, with a core group established to develop a draft transition document before the end of March this year.

The Plan, he said, would serve as a critical component of AMISOM's own transitional planning, including the revision of its Concept of Operations and enhancement of AMISOM's operational effectiveness.

"The primary focus of the African Union in the coming period should then be to support accelerated progress on this roadmap, continue constructive Federal Government of Somalia-federal member states engagement, and full implementation of the Somalia Transition Plan," Chergui said.

He observed that the primacy of politics in achieving peace and security in Somalia necessitates a new narrative by the African Union, adding that events in the past year have concretely demonstrated that further success on the security front cannot be achieved without sufficient progress on the political agenda.

The Kampala meeting is a follow-up of an earlier summit held on 21 September 2017 on the margins of the UN General Assembly in New York.

The TCC meeting has been convened by President Yoweri Museveni, to exchange views on the situation in Somalia and discuss the future of the Horn of Africa nation.

The Heads of State and Government from the five Troop Contributing Countries will hold a summit on Saturday to deliberate on various proposals made by their military chiefs and ministers.