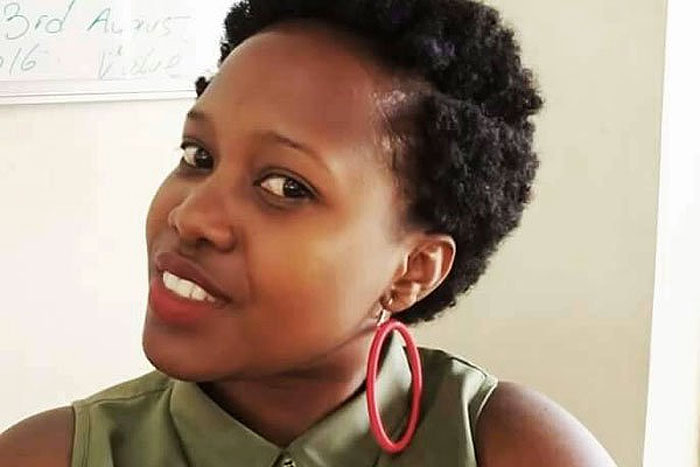 here
TOP National STORY
3 years ago .
Police offer sh100m reward to catch Susan Magara killer
"We have not found the people behind Susan's murder, but we are willing to work with anyone to see that we get him or them," says Police's Abbas Byakagaba.

KAMPALA - The Police is offering up to sh100m as a reward to anyone who can "positively identify" the recorded voice of the suspected killer of Susan Magara, a cashier at Bwendero Dairy Farm (BDF).

Susan was found dead Tuesday morning at Kitiko, between Kigo and Kajjansi, three weeks after she went missing.

The 28-year-old daughter of John Magara, the director of BDF, disappeared on February 7 at Kabaka Njagala in Rubaga Division, according to Police.

Susan's distraught relatives had since lost hope of finding her alive, and Tuesday's discovery along the Entebbe Expressway reaffirmed their fears.

Police's Abbas Byakagaba told a press conference Tuesday evening that Susan's body had been taken to Mulago for a post mortem examination, before being prepared to be handed over to the family.

"We have not found the people behind Susan's murder, but we are willing to work with anyone to see that we get them," he told reporters.

Byakagaba added that they had recovered an audio recording of a male they suspected to be the killer.

He said Police is offering a cash reward of sh100m to any person who can "positively" identify the speaker in the audio, information that is hoped to be a breathrough in the murder investigations.

Police said they sympathise with and are fully in support of the late Susan's family and friends and that they will do everything in their authority to bring the killer(s) to book.

The audio recording is of a male speaking a mixture of English and Runyoro, a local language.

In part of the clip, the suspect is heard directing Magara’s relatives to Entebbe road: “Are you hearing me? Go to Entebbe road, after Namasuba, there is a petrol station called Hass near Bata Bata. There is a black kaveera (polythene bag) . . .”

The recording then goes faint, but it is enough direction for the family of Magara.