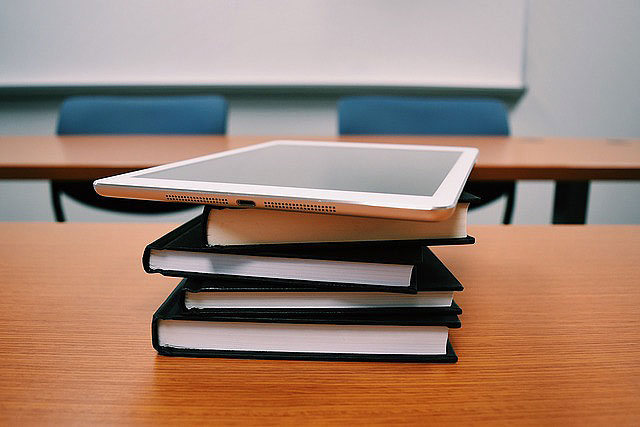 February is the most wonderful time of the year, even though the western imperialist brainwash industry won't admit it.

Let us digress first: They say that honour belongs to Christmas? Christmas is great, yes, but when was the last time the Western Imperialist Brainwash Industry acknowledged Christmas? All you care about is that nonsense called Xmas which I am so glad to be rid of at last. With all it's sickening Boney M. Now I can finally celebrate the true most precious day…

...And also get to the point: The day called Back To School day. This is the first day of the whole year when a parent can tell his (mine) children to go to hell. And then they do exactly that.

Tradition: Since they joined Montego Bay SSS, a boarding school on the shores of the great lake Victoria, I have relished Back To School Day. I watch them pack, I watch them load the car with their suitcases, I watch their hunches fall and their spirits sink, and I love every second of it. It is as if I am watching my own freedom grow.

Digression 2: Nti we should not ask him why he called a school in Uganda Montego Bay when we have just called a Lake in Africa an English queen.

But: This year their mother, through either witchcraft or some superpower mind control mutant ability, convinced me to move them from Montego Bay SSS, a school I chose for the specific reason that it is a boarding school far away, and therefore has a policy of its students, your children, not returning to your house daily. Solome, the estranged baby mama, convinced me and I still don't know how I agreed, to move them to an international school in the city. I don't like it. I refuse to even learn its proper name. It has some British name like Woltonshire or Brighamston or Garleigh International School. Whatever. I call it Big Shaq SSS.

Frasier: Is this the reception we can expect each evening now that we are in day school? Is this wail of despair the new norm? Is this how we are to meet our father each day? If so, I don't really mind, as long as the wifi is paid for.

Chandler: He'll get used to it. He's such a drama queen.

Me: Sons, the last time I did not shriek and clutch my heart on seeing you walk through a door was the day before you learned how to walk.

Frasier: This is how parents of day scholars greet their children, pops. They ask, "How was school today?" Chan, he is not going to follow protocol so can you fill in for him?

Frasier: It was brilliant. I loved every moment of it. Not just because we are getting a higher quality of education-- I personally find the concept of levels of education dubious. If a fool goes to a good school, does he get a better education than a clever person who goes to a bad school? Think about it, readers of our father's collumn -- I liked it very much because I discovered that it was a mixed school and I am such a champion of gender inclusiveness.

Chandler: Especially because it's not just girls, but girls who actually pay attention to you.

Frasier: Exactly. But note that mum coaxed this patriarchy here to put us in this feminist environment not on the grounds of me getting some action, but because she wants us to gain international school accents. Have you been working on one?

Chandler: I haven't got one yet, but I have learned to call people "fam" and "bruv". So far that's all I've got, bruv.

Frasier: We will have to fraternise with more rich girls until we achieve what we were sent there for. That's the brief, dadman. Now, how was your day?

Conclusion: How was my day? It was supposed to be the best day of the year but this is how it came to an end. With a whimper.