Uber is far from alone in targeting the market, with Chinese ride-hailing giant Didi Chuxing and Japanese telecom firm SoftBank announcing a deal in early February to develop a taxi app in Japan

Uber is far from alone in targeting the market, with Chinese ride-hailing giant Didi Chuxing and Japanese telecom firm SoftBank announcing a deal in early February to develop a taxi app in Japan

JAPAN - With their white-gloved, greying drivers and lace-covered seating, Japan's taxis seem to belong to another era, but as the 2020 Olympics approach, the sedate sector is facing a quiet revolution.

This week, Uber's CEO Dara Khosrowshahi made his first visit to Japan since taking over at the firm, touting "promising partnership talks" on his Twitter feed, where he posted smiling photos of himself alongside Prime Minister Shinzo Abe and Toyota chief Akio Toyoda.

The global ride-hailing giant has had little success so far penetrating Japan's taxi market, which is governed by strict regulations.

But instead of pursuing the aggressive strategies it has used elsewhere, the company is opting for a charm offensive, emphasising cooperation rather than confrontation.

"Clearly, we need a different way of doing business in Japan," Khosrowshahi said at an event in Tokyo covered by local media.

"We need to come in with partnership in mind, and in particular a partnership with the taxi industry here, which actually has a very, very strong product," he added.

"But that product has not kept up with technological change".

Rushing to catch up

Japan's taxi companies have seen little reason until now to innovate, shunning the upheaval seen across the industry elsewhere in the world.

Hailing a taxi rarely takes more than a few seconds in major Japanese cities, with the vast majority hired from cab ranks.

But with major sporting events - the Rugby World Cup next year and the 2020 Olympics - expected to bring in an unprecedented number of tourists, companies including Uber think the time is right for a taxi revolution.

"We know that the first thing many people do when they arrive in a country is open the Uber app. Our vision is for visitors to Japan to get a taxi via the app, with no language issues," Uber spokesman Chris Brummitt told AFP.

For now, the company has a limited presence in Japan with its premium service UberBLACK, but finding a local partner could change that.

"We believe there is immense potential to reach more customers by partnering," Brummitt said.

Uber is far from alone in targeting the market, with Chinese ride-hailing giant Didi Chuxing and Japanese telecom firm SoftBank announcing a deal in early February to develop a taxi app in Japan.

SoftBank owns a 15% stake in Uber, but appears to be hedging its bets.

And as outsiders line up to tap the sector, Japan's taxi companies are also springing into action, seeking to tackle a decline in rider figures, which fell by a third between 2005 and 2015.

"The Japanese taxi industry has been protected by regulation for a long time. However recently more attractive, customer-oriented services have appeared," said Hitoshi Kaise, an automotive expert at Roland Berger, a consulting firm. 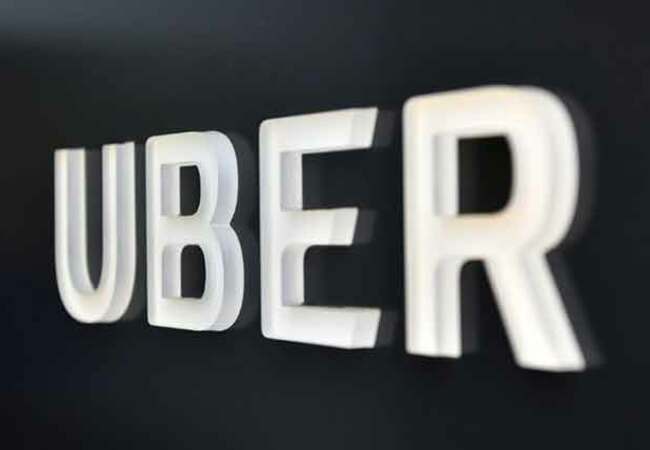 Uber has had little success so far penetrating the Japanese market

"We're trying to make it easier for everybody to hail a taxi with more reasonable fares," said Ryota Fujimura, a spokesman for JapanTaxi, the subsidiary in charge of the project.

JapanTaxi estimates the app could reduce ride costs by between 15 to 40 percent for customers, and the company has attracted 7.5 billion yen ($70 million) from Toyota for other projects to update the sector.

Under pressure from competitors and anticipating a drop in private car purchases, Toyota says the investment is "part of our transformation from a strict car maker to a provider of mobility."

The Toyota tie-up hopes to bring Japan's taxis into the digital age, equipping them with on-board tablets and AI technology to help better predict customer demand.

Electronics giant Sony is jumping in too, announcing plans to partner with six Japanese companies who would receive AI technology for their vehicles, some 10,000 in Tokyo alone.

The innovations aim to rejuvenate the client base for taxis, but perhaps also their drivers, who at present have an average age of 60.

And at carmaker Nissan, developers are taking things one step further, testing "robo-taxis", driverless cabs that could be particularly tempting for Japan given its labour shortages.

For now, the cars will be moving around a test route, with a safety driver in place but not touching the steering wheel.

But Nissan's partner Renault hopes it can bring the taxis to market by 2020 - just in time for the Olympics.

Bail out is a hoax - Bitature

Cheating customers a risk to banks