PIC: The youth sensitise the public about HIV/AIDS through music, dance and drama. (Courtsey photos)

The youth performed and launched their maiden movie titled Don't Dare Touch during the conference in Ivory Coast.

The "People in Need Agency" (PINA) Uganda,  an NGO offering social cycle support to young people living with HIV through entertainment, premiered their movie.  An audience of about 10,000 people, including scientists, policy makers, activists and people living with HIV, attended the conference.

Supported by UNAIDS and Unicef Uganda, the group of youth, led by their leader and founder member of PINA, Namusoke Mbajja, travelled to Ivory Coast to share their experience, show the world how Uganda does it and create awareness about HIV using storytelling, music, dance and drama.

"Instead of making a movie where other people make movies just for entertainment, we decided to create HIV awareness through "Don't Dare Touch."

It is an educative movie, which cautions people not to fall in love before taking an HIV test. The movie also highlights challenges adolescents and children face, especially those living with HIV, and also educates people to adopt low-risk behaviours.

Namusoke says the experience was exciting and, indeed, they made Uganda proud. The event was also graced by the King of Toro, Oyo Nyimba , who took up the lead and is dedicated to ending HIV by 2030, by reaching out to more young people. Oyo is an ambassador for all the kings, and being one of the young kings, he is a good ambassador for the youth.

Members of PINA were with the king of Toro and had great interaction with him. The king hailed their role in the fight against HIV/AIDS. They also connected with Save the Children, South Africa, Zimbabwe and Malawi.

According to Namusoke, MPs from Uganda's HIV/AIDS committee as well as health workers from all over the world were inspired by the youth performance.

"They ended up by donating some money to us in appreciation of our performance," she said. 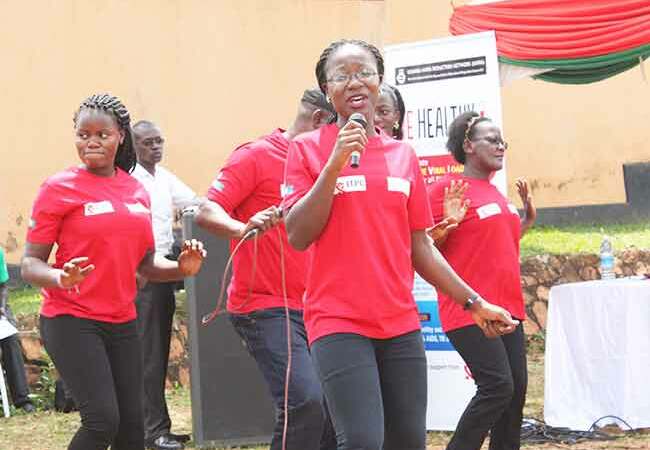 Youth performing during the conference in Ivory Cost

Don't Dare Touch features Martin, a medical doctor, who falls in love with Linda who is HIV positive and a student at Makerere University.

Linda has economic hardships and she had to give in to be able to continue with her life. He did not have money for her tuition, self-maintenance, and lacked money to buy food to be able to take her medication. She, therefore, saw Martin as a great opportunity to solve her financial issues.

Martin was rich and willing to support Linda in any way. He even paid her tuition at the university. But he had a wife and children, but he lied to Linda he was not married. He didn't even think of taking an HIV test with Linda.

Martin had given her a big house she had never dreamt of getting in her life time and he had given her whatever she wanted, including a car.  She really loved Martin and hers was what you would call true love.

Linda completed her studies. Martin suggested that they stop using condoms because it was the time for the couple to have children. That is when Linda makes a very difficult decision to disclose her HIV status to Martin. This was the bitter truth.

Martin was furious to learn she was positive, wondering why all along she never disclosed to him. He decided to abandon Linda, but she felt good that she had protected him. After some time, he realised she was a nice girl who took trouble to protect him. He decided to come back to her.

He even turned into a great advocate going out in communities, schools and in market places advising people Not to Dare Touch" before falling in love with someone.

The main message in the movie is that you should fall in love with the person after taking an HIV test with him/her. If you are HIV positive, you seek early treatment and take your medicine to avoid falling sick, and if you are negative, continue protecting yourself to remain negative. 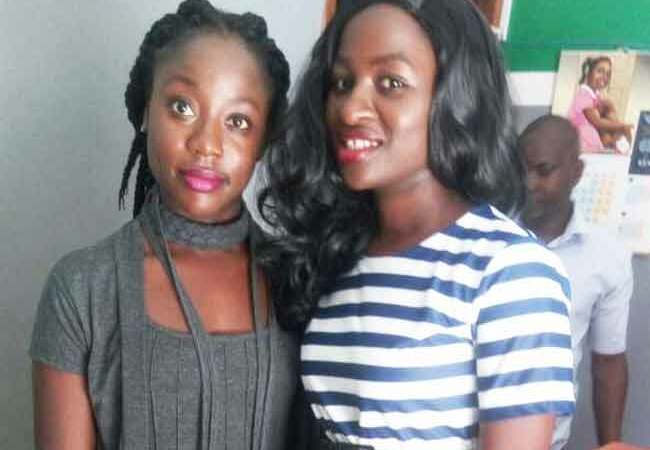 Robinah Babirye and Eva Nakato are memebers of PINA

The movie prominently features the twins, Robinah Babirye and her twin sister, Eva Nakato. The twins are HIV-positive and are open about it. They went public about their HIV status in order to fight HIV stigma. They were born with the virus and they feared walking

around, thinking people would reject them because of their status. The twins thought everybody was watching them.

They would open their suitcase and when other students saw tins of medicine, they would ask what it was for and Babirye would always lie to them, that she had kidney problem, while her sister had a heart problem. Babirye could even say she was a sickler. Sometimes they had to wait for their friends to leave so that they could take their medication.

Many times they hid the medicine away from prying eyes, but it was not easy. They say they cannot imagine how their life would be without PINA, which engages HIV-positive girls in music, dance and drama through which they express themselves, raise awareness about HIV. "Most treatment centres in the country give psycho-socio support. Many people, especially the youth, are failing on treatment because we lack organisations such as PINA, which through entertainment, stress the importance of medication," Namusoke said.

She added that PINA also gives a chance to members to interact with other youth. They meet every week to share inspirational stories.

Apart from empowering the youth with skills to spread the HIV messages through music, PINA also gives them skills in urban farming and poultry in order to boost their nutrition and income.

"They are also mentored in public speaking to enable them fight for their rights. Today, they are all advocates who use their testimonies to change the world," Namusoke said.

According to Namusoke, the movie will be shown in Uganda sometime in April at a venue to be communicated. She said PINA is incorporating sexual violence among girls/ adolescent girls after realising that these girls who are sexually abused have an element of HIV infection in them.