65-year-old peasant gets 25 years for murder
Next Story

PIC: Walter Elakas in his office. He denied allegations of assault, saying he is a man od sound mind. (Credit: Emmanuel-Opio)

KATAKWI - The Police in Katakwi Central Police Station are investigating a case under which the Katakwi LC5 chairperson, Walter Okiring Elakas, allegedly assaulted his voter in restaurant.

"The case is opened under case file, SD30/10/02/2018. We are committed to ensure that we do our work ethically as an independent Uganda Police Force," Oduko said.

Opus, a resident of Moru-B village in Abela parish, Katakwi district, alleges that Elakas and Akol, assaulted him at around 4:00pm when he was having lunch, after accusing him of spreading false propaganda. 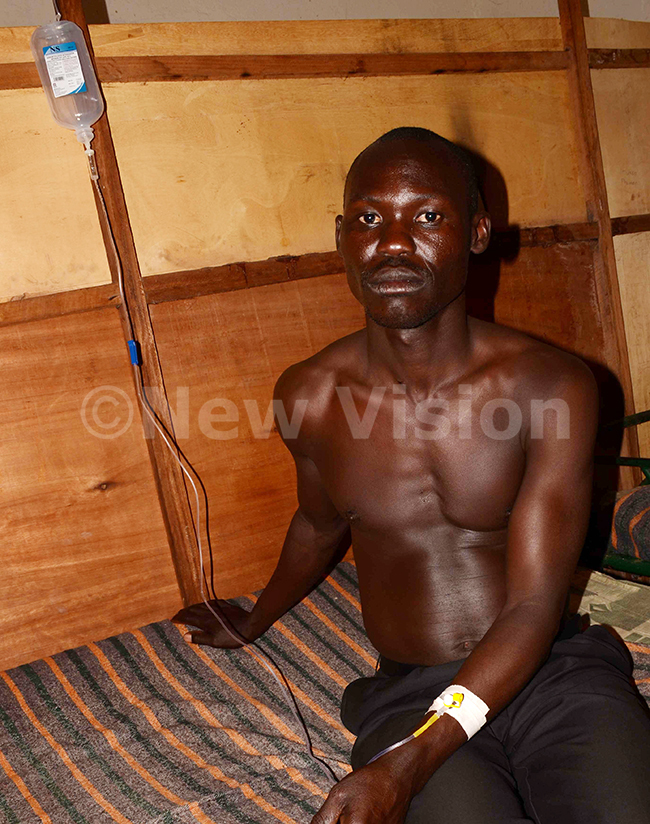 Charlse Robert Opus getting treatment for injuries sustained during the assault. (Credit: Emmanuel-Opio)

"Ekalas asked me why I had allegedly traversed churches accusing him of wanting to kill me over land, but when I responded, he pricked my eye and later strangled me as Akol held me tight," Opus narrated.

Opus, who is currently receiving treatment at St James Medical Centre in Katakwi town, says he was rescued by his friend, Yoweri Aboket.

He explained that Elakas accused him of grabbing government land totaling to about 12 acres located in Moru-B village which Opus says belongs to them.

In an interview with the New Vison, Elakas said those were false allegations aimed at tarnishing his reputation, saying he does not eat at Katakwi restaurants for his personal security. 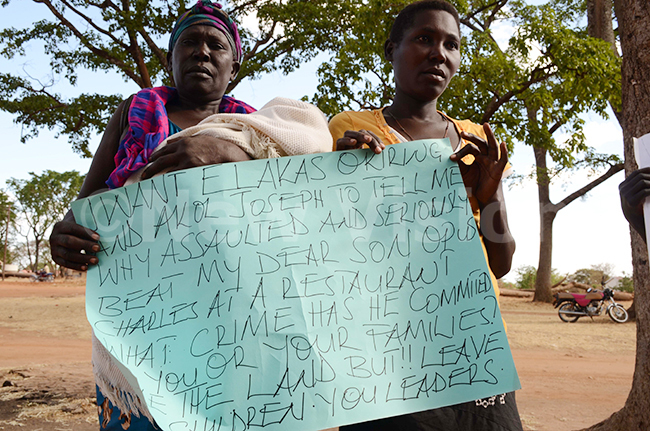 He noted that he has never assaulted any person and he cannot fight any person because he is of sound mind.

Akol also denied knowledge of the allegation, saying he was not aware of the matter when contacted for a comment.

However, Grace Akello, the owner of Akello Restaurant, told New Vision that Elakas was at her restaurant by the time the fight erupted, but declined to talk about the fight. 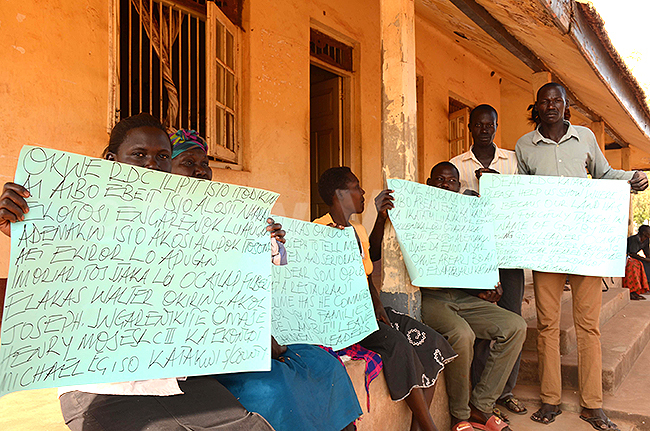 Opus' relatives at the RDC's office, demanding that the family land matter with the Government be taken to the Presidents office. (Credit: Emmanuel-Opio)

Sources attribute the cause of the fight to struggle over land ownership between Opus's family and the district. The contested land covers 12 acres located in Moru-B village, Katakwi sub-county and the matter is in the courts of law.

On February 13, Opus's relatives stormed the office of the Katakwi resident district commissioner, Hussein Kitende Kibaso, demanding him to take land the matter to the office of the President but the official was not in office.

I am in good shape,says Susan Muwonge