Enforcement of the Standard Operating Proc...
Next Story

Winners of the debate show off their prizes.

The representatives were crowned with the tittle of National Champions and the university name was engraved in the UUDC trophy which they will be custodian to until the next winners are announced next year.

The event was attended by over 600 people. It took place at Pearl of Africa Hotel in Kampala recently. 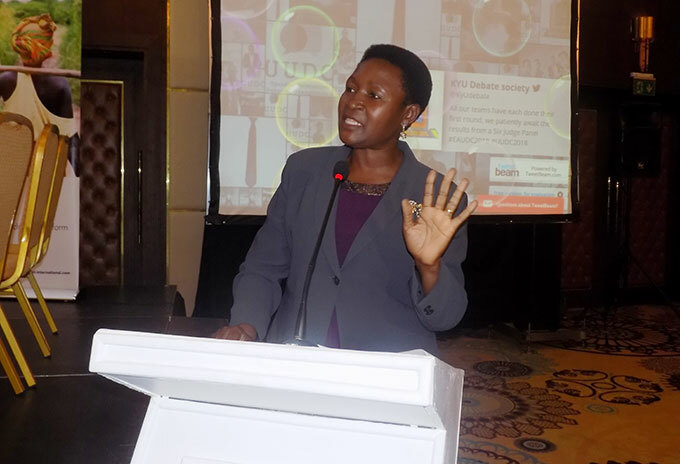 The winners were; Katura Brandon K and Kevin Desire Massa from MUBS who both got laptops. In the second position was Kihembo Hezlee and Balyebuga Kelvin from Uganda Christian University (UCU) who got brand new smart phones.

Both teams will be going to Dubai or Singapore in a few weeks' time.

Among the guests included; dignitaries from the corporate world and government, secondary school students as well as notable institutions within the country.

The motion was; Rural savings groups should adopt financial technology and the chief guest was Minister of state for primary education and also woman member of parliament for Wakiso district, Rosemary Seninde.

Discussions highlighted the inclusive access to formal financial services which are essential in the sustainable development of individuals, businesses and the economy of Uganda.

In the same way, opposers and proposers who gave various reasons in support of their side went through two rounds to qualify for the finals. They were in teams of four debaters each. 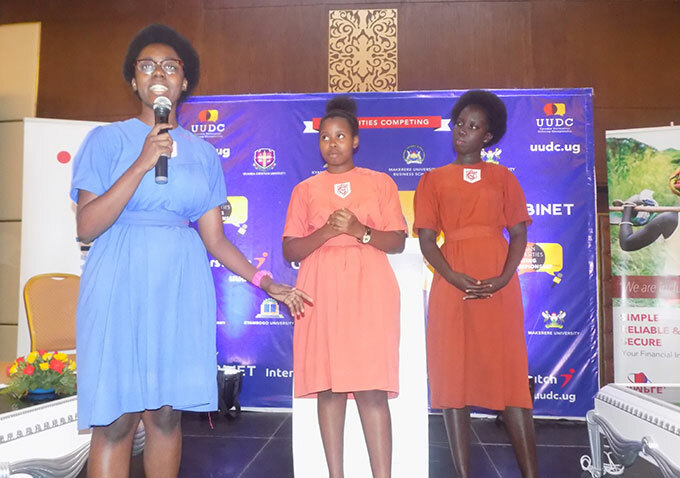 Students from Gayaza High School reciting a poem at the event

At the finals, MUBs team beat the rest to win the all-expenses paid trip to either Dubai or Singapore in addition to other prizes like gadgets.

Away from that, Charity Kwoshaba, business development manager of Mobinet Group, a Hong Kong-based fintech company said that this flagship event is aimed at providing a platform for young people to share their perspectives on some of the issues surrounding financial technology and its impact on the future of the Ugandan financial sector.

The debate championship was under the theme; Harnessing youth voices for financial inclusion.

"With the country's vast student population Mobinet decided to partner with Interswitch, another company to come up with such a historical tournament," said Kwoshaba.

Meanwhile, Seninde applauded Mobinet for organizing such an educational debate that helps to drive awareness, harnessing a research culture among university students and promoting exposure of good talent in Ugandan universities to the world.

It was chaired by Jacob Eyeru of the Uganda Debate Society using the gold standard British parliamentary format of Debate.

Here, two teams competed against each other on two opposite positions on the motion.

Kwoshaba noted that this event will be held annually and it will rotate to different towns every year to give exposure to students to listen and enjoy challenging debates.

"The tournament is geared towards gathering students from prestigious universities around the country featuring 40 teams from around 10 universities," she added.

Meanwhile, Otiko upholds that the impact of Fintech in improving the lives of many people across Africa cannot be underestimated. 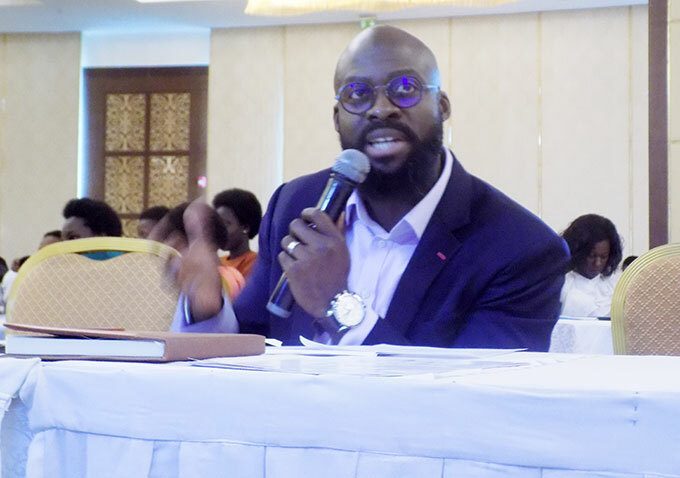 One of the judges Andrew Otiko

Financial Technology commonly referred to as ‘Fintech' is one of the world's fastest growing investment areas.

"It is vitally important to tap into the views of the next generation of users of this technology who will be instrumental in shaping the next wave of Fintech and promoting greater financial inclusion for all," he explains adding that they are committed to improving financial inclusion within the Ugandan market and changing the landscape for the provision of financial services within the country.

Otiko notes that in 2017, Africa recorded over 500 innovation startups, ranked 3rd behind Asia and Europe, in ventures designed to increase financial inclusion within developing economies with high levels of unbanked and under-banked citizens.

"In the Ugandan market, financial inclusion remains a big challenge with just 55% of all adults having access to formal financial services; of which 11% gain access through traditional bank branches and over half through Fintech enabled services," he urges.