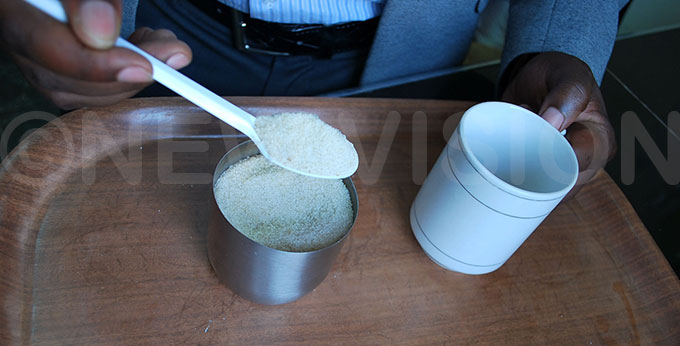 A study published in JAMA Internal Medicine indicates that added sugars make up at least 10% of the calories the average American eats in a day. But about one in 10 people get a whooping one –quarter and more of their calories from added sugar.
TOP Health STORY
Thu Feb 15 2018 .
A high sugar diet may increase the risk of heart disease-experts

A study published in JAMA Internal Medicine indicates that added sugars make up at least 10% of the calories the average American eats in a day. But about one in 10 people get a whooping one –quarter and more of their calories from added sugar.

A sugar-laden diet may raise your risk of dying of heart disease even if you aren't overweight, a major study has revealed.

A study published in JAMA Internal Medicine indicates that added sugars make up at least 10% of the calories the average American eats in a day. But about one in 10 people get a whooping one -quarter and more of their calories from added sugar.

Over the course of the 15-year study on added sugar and heart disease, participants who took in 25% or more of their daily calories as sugar were more than twice as likely to die from heart disease compared to those whose diets included less than 10% added sugar. Overall, odds of dying from heart disease rose in tandem with the percentage of sugar in the diet. This was true regardless of a person's age, sex, physical activity level and body mass index which is the measure of weight.

Peterson Kikomeko Kato ass. lecturer of Human Nutrition and Dietetics at Kyambogo University, Kampala frowns at consumption of sugar in high amounts for two reasons. One; for its well-known links to weight gain, consequently the related health complications for example coronary (deposit of fat in the arteries) heart diseases and risk of diabetes.

Additionally, when one does not brush after eating sweet foods, the sugars stick on the teeth causing bacteria which results into tooth decay.

Atim Geoffrey, another nutritionist in Kampala advises to take sugar in moderation as it delivers empty calories, "It does not contain fiber, vitamins, minerals and other nutrients. When consumed in high amounts, it crowds healthier foods in one's diet," Atim warns.

Sugar, a source of energy

Kikomeko says sugar is not necessarily bad. The health dangers arise from consuming sugar in large amounts as opposed to what the body requires, general health state of body and physical activity of the individual.

Sugar is broken down into small units the body uses to provide energy.

"Glucose from sugar is a source of energy. It goes under metabolism to provide energy for the body," he explains and adds, it is for that reason that when person collapses due to low sugar levels, the first remedy is to give glucose to boost their energy levels. 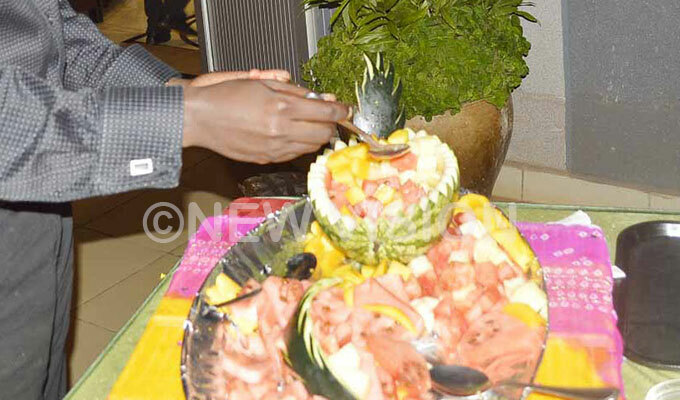 According to Kikomeko, the daily sugar intake should be in line with the sex (gender), health status and activity level of an individual. On average women require slightly less about 2, 200 kilocalories while men need about 2,400 kilocalories per day. However, he is quick to say that people who exercise or pregnant women require higher energy. One gram of sugar provides, four (4) kilocalories.

Instead he says our diet should be composed more of unrefined sugars. These have got sugar in their raw; natural state which the body breaks down slowly to get nutrients to perform different functions.

He explains that fruits for example mangoes, pineapples contain natural fruit sugar termed as fructose and sucrose from sugar cane.

Atim says although honey has got natural sugar, it should be consumed in moderation.

Stevia sugar is made from stevia plant. It is a green vegetable with natural sugar

When making juice, Atim advises to use the sweet fruits as sweeteners for example pineapples and mangoes.