Why the former Vice President wants a fema...
Next Story

Kiragu-Gikonyo said Uganda is on the right track towards achieving the 90, 90, 90 strategy by 2030

Kiragu-Gikonyo said Uganda is on the right track towards achieving the 90, 90, 90 strategy by 2030

KAMPALA - The UNAIDS country director, Dr Karusa Kiragu-Gikonyo has said Uganda is doing well in eliminating HIV/AIDS in the country.

She said with continuous efforts, the epidemic will be history by 2030.

"I have been working in Uganda for only seven months. Prior, I, worked at the UNAIDS headquarters in Geneva, Switzerland. As a team, we used to ask ourselves; how come Uganda is doing so well towards HIV/AIDS elimination?" Kiragu-Gikonyo said

She said Ugandans, including young people, are busy devising creative and innovative ways to eliminate HIV/AIDs. "The truth is; Uganda is on the right track towards achieving the 90, 90, 90 strategy by 2030," she added

The 90, 90, 90 strategy is an ambitious treatment target that was launched by UNAIDS and other partners. It is aimed at diagnosing 90% of all people living with HIV, provide antiretroviral therapy (ART) for 90% of those diagnosed, and achieve viral suppression for 90% of those treated by 2020.

"You may not realise it because change happens slowly, but Uganda is on the real move, which will bring us to the elimination stage, and many people, including the young ones, are making this happen," Kiragu-Gikonyo said

She was speaking as the guest of honour during the closing ceremony of the peer educator's academy for 2017 held at Seven Trees Gardens in Kololo recently.

On the other hand, Kiragu-Gikonyo advised young people to have concrete goals and work hard towards achieving them. She said young people may sometimes encounter challenges, but that they should not give up on their dreams.

Uganda has made tremendous progress in the fight against the scourge and has always received praises as a model country.

According to Uganda Population-Based HIV impact assessment UPHIA report of 2016, the national prevalence of HIV/AIDS was at 6% as compared to 30% in the early 1980's when many Ugandans were getting to know about the disease. 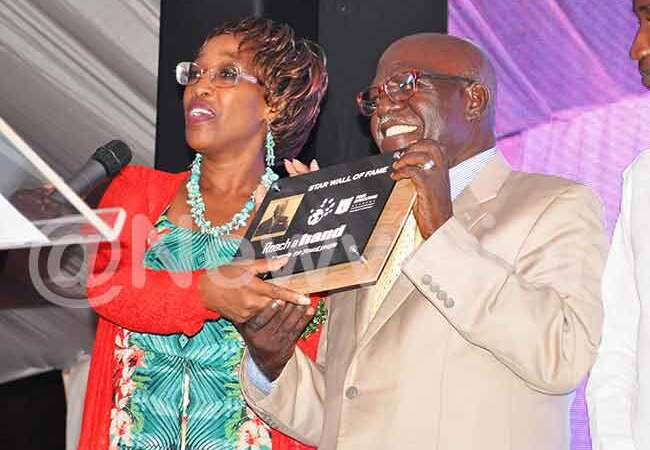 The report also indicated that the country has made a lot of progress in the national HIV response. For instance, among women and men, HIV prevalence declined from 8.3% and 6.1% in 2011 to 7.5% and 6% in 2016 respectively.

The peer educators academy, which is organised by Reach A Hand Uganda annually, is an initiative that provides a platform to train and equip young people with in-depth information and skills on sexual and reproductive health and rights, as well as life and entrepreneurship skills.

The training is attended by university students and senior six leavers, who after training proceed to do rigorous outreaches in different schools and communities across the country over the course of the year sharing the acquired information and skills with their age mates to create a positive impact.

This year, over seventy students have undergone this training, including people with disability.

During the ceremony, outstanding peer educators for last year and prominent people that have had an impact in the lives of young people were given awards.

For instance, Dr. Maggie Kigozi, the former executive director of the Uganda Investment Authority (UIA) and Maj. Rubaramira Ruranga were given Star Hall of Fame awards for mentoring young people and giving them advice on finances and HIV/AIDS.

Humphrey Nabimanya, a team leader at Reach A Hand Uganda, said for young people to be agents of change, they need to be armed with all the necessary information.

US House panel to meet on Trump impeachment charges