Police tribunal lawyer due in court over Kirumira

By Farooq Kasule and Desire Amanya

She is expected in court at 2:30pm local time.

Ssemwanga said they want to cross-examine Kusemererwa over the "falsehoods" contained in her affidavit objecting to the release of Kirumira from Police custody.

On February 6, Kirumira, dragged the Attorney General to court, seeking to be unconditionally released from jail on grounds that his detention was unconstitutional, illegal and unlawful.

His lawyers argue that Kirumira has been deprived of his personal liberty because he is being detained by the Police tribunal, which has no power to remand or detain a Police officer before the disciplinary trial is concluded.

But Kusemererwa argued that Kirumira is detained over unnecessary exercise of authority entrusted to him, corruption and discreditable irregular conduct.

Kusemererwa said Kirumira's bail was cancelled on February 1 for failure to attend court under sections 56 and 57 of the Police Act.

"The reason for his arrest and remand in the said facility (Nalufenya) was to ensure his attendance of court and not to interfere with prosecution witnesses," she said. 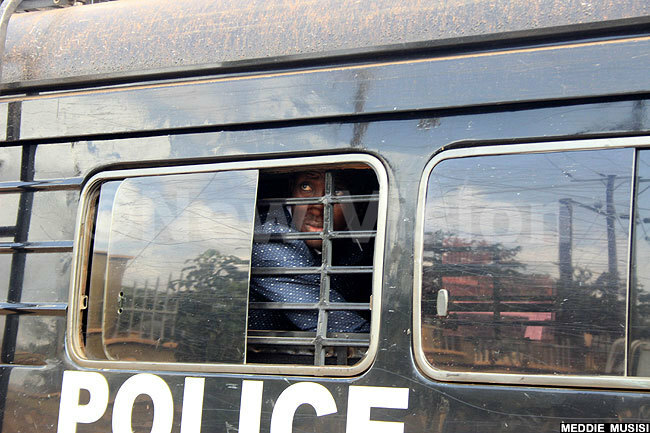 According to Kusemererwa, Kirumira's application is overtaken by events and should await the decision of the tribunal and appeal.

However, Kirumira's father, Abubaker Kawooya, claims his son was arrested by armed uniformed and plain-clothes policemen on February 1 at his residence in Bulenga at about 8:00am as he prepared to appear before the Police tribunal.

He said Kirumira was later detained at Katwe Police Station, before being taken to the tribunal.

According to Kawooya, the policemen, led by Wakiso district Police commander Justus Tashobya forced themselves into Kirumira's house after breaking his door using grinder.

On Thursday, the Police tribunal dropped two counts of irregular conduct and unlawful or unnecessary exercise of authority against Kirumira on grounds that a key witness is dead and another deliberately refused to testify, citing conflict of interest by virtue of friendship.

However, six charges, most of which are corrupt practices, were sustained by court, pending hearing.

Kirumira was remanded back to Nalufenya police facility in Jinja district until next week. He will appear before the tribunal on Tuesday.

Over 90% software is pirated - MUK don