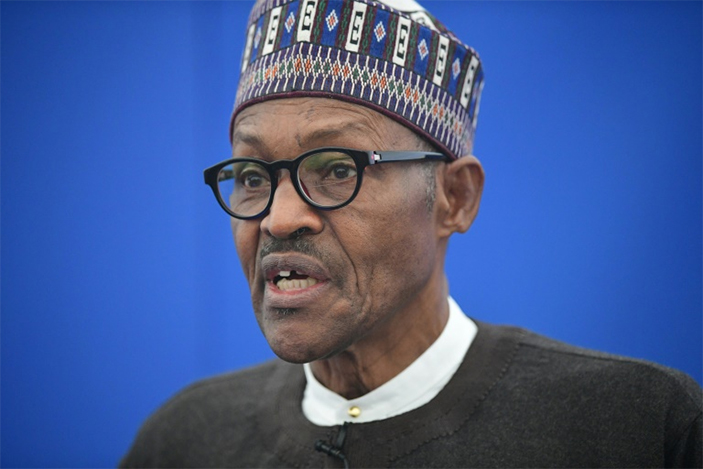 Ibrahim Babangida has become the latest former leader in Nigeria to criticise President Muhammadu Buhari, as elections approach and the incumbent is yet to confirm he will stand again.

The man who once described himself as Nigeria's "evil genius" said in a statement issued on Sunday that "analogue" Buhari should make way for "digital" leaders.

"There comes a time in life when personal ambition should not override national interest," he added.

Babangida, who ousted Buhari as military ruler in a bloodless coup in 1985, later distanced himself from the statement, which he attributed to his spokesman.

He then put out another in his own name, calling on any realignment of forces to be lawful.

Babangida's intervention follows that of Olusegun Obasanjo -- another former military ruler in the 1970s, who became the first civilian president when democracy was restored in 1999.

He said last month that Buhari needed a "deserved rest" and had shown a poor grasp of the economy, foreign policy and Nigeria's complex internal politics during his time in office.

Many people in Nigeria have interpreted Babangida's comments as support for Obasanjo, who has thrown his weight behind a new movement that could yet evolve into a political party.

Nigerians go to the polls to choose a new president and parliament on February 16 next year. Politicians and their parties are already jostling for position.

Buhari, 75, was dogged by an unspecified illness last year but is still expected to seek a second, four-year term.

Buhari made history in 2015 by becoming the first opposition candidate to unseat an incumbent president, securing national support in a country split between a Muslim north and Christian south.

"The consensus that supported Buhari to win the popular vote in 2015 is falling apart," said Ngwodo.

"His support base, particularly from his military constituency, is no longer cohesive. If he runs, he is likely to face a more formidable challenge. It will not be an easy ride for him."

Buhari's office has brushed aside Obasanjo's criticisms and both men were seen laughing and joking together at a recent African Union summit in Addis Ababa.

There has been no formal response to Babangida.

The criticisms of both may ring true for many voters, however, with Nigeria having only recently emerged from recession that has increased financial hardship.

At the same time, it may give greater scrutiny to Buhari's campaign pledges, in particular to get tough on security, with Boko Haram still active and new threats elsewhere.

Buhari is also under pressure because of perceptions he has failed to act against his Fulani kinsmen, a herder community blamed for a wave of attacks against farmers.

Ngwodo said Buhari -- if he stands -- will be judged on his record and that with a little over a year to go to the polls, there was still time for the opposition to mobilise.

So far, only the governor of the southern state of Ekiti, Peter Fayose, and Obasanjo's former vice-president, Atiku Abubakar, have declared their intention to run.

Both are likely to struggle to gain the necessary support outside their respective regions, while their Peoples Democratic Party (PDP) is weak and divided.

"The time is too short for a generational change in the leadership of Nigeria because the election is just a few months away," he added.

"You need time to plan and recruit the youth for leadership positions. It's not something that can be addressed cosmetically but fundamentally and constitutionally."

Age and most importantly, money, have long been the main drivers in getting ahead in Nigerian politics, despite efforts to make politics more open to a younger generation.

Thomas said finding any suitable candidates was tough but they were unlikely to have the right connections and financial clout.

"It's not a bad idea to allow the youth to take over but it's not what can be done by military fiat," he added.

"Babangida still thinks like a military man. This is democracy, he should know we are no longer under a military rule, he said.