Upon arrival in Kigali, the group was received by Fr John Paul and Fr John Baptist Mvukiyehe, the priest in charge of Kabuga Divine Mercy retreat centre. 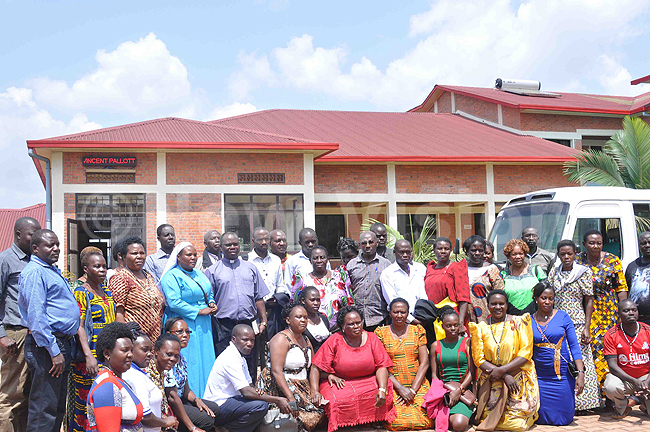 Some of Mpala Parish Executive leaders who visited Kigali and Kibeho in Rwanda. (Juliet Lukwago)

The duo guided the pilgrims to different holy places in Kigali, including the Sanctuary of Divine Mercy of Kabuga, the Rwanda Memorial genocide Centre, where the remains of those killed during the genocide are kept and Our Lady of Sorrows at Kibeho.

According to Kirumira, the pilgrimage to Kibeho was for spiritual growth,  empowering new leaders and dedicating their Queen of Martyrs parish Mpala to the Virgin Mary.

"Such a pilgrimage it will help us to develop our parish and get spiritual renewal being that the parish is new since it started in April 2014," Kirumira said. 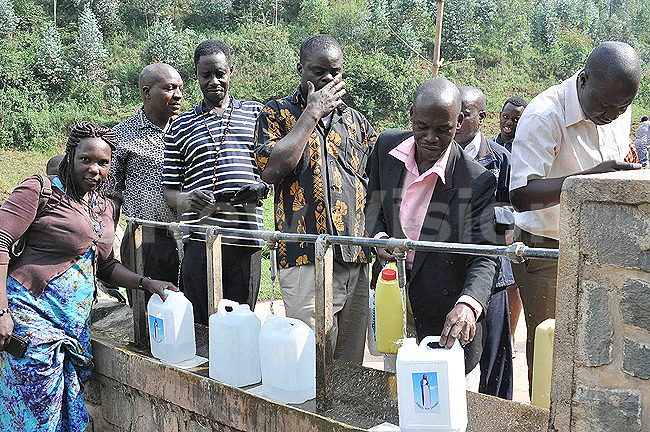 During a training, Mvukiyehe urged the new leaders to lead a prayerful life.

At Kibeho, the team was welcomed by the in-charge of Kibeho pilgrimage site. 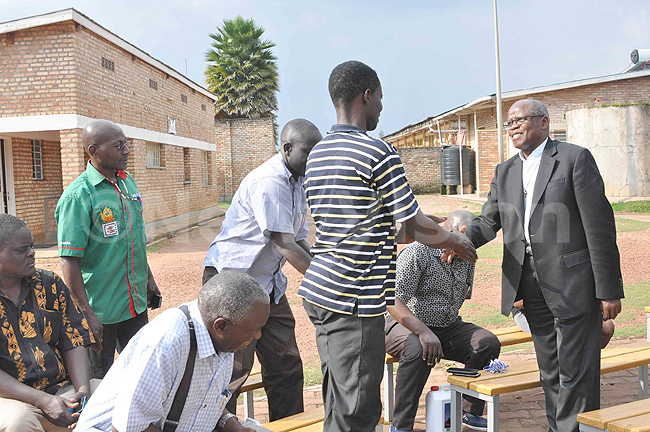 Fr Francis, the in charge of Kibeho greets Ugandans pilgrims at their arrival at Kibeho. (Juliet Lukwago)

Kibeho is a village in Rwanda popularly known as a place where the Virgin Mary appeared to three adolescent girls with the name "Nyina wi Jambo" (meaning Mother of the World).

One of the three girls that the Virgin Mary appeared to, Nathalie Mukamazimpaka, is still alive and can be seen in the Shrine or Apparition Room or the Shrine's compound.

Mukamazimpaka resides at Kibeho Church - across from the dormitory where she lived when she was a student.

During the 1994 Genocide, Mukamazimpaka fled into what was then Zaire (DR Congo) to seek refuge. On returning in 1996, she found when the Bannabikira Sisters had returned to Kibeho and re-opened their convent, the school and the health centre. Nathalie Mukamazimpaka one of the three Virgin Mary apparitions talks to pilgrims from Uganda. (Juliet Lukwago)

"The teenage visionaries reported that the Virgin Mary has asked that everyone prays to prevent a terrible war.

Later in the vision of August 19, 1982, they all reported seeing violence, dismembered corpses and destruction." the in-charge of the pilgrimage site said.

Mukangongo had visions for six months, from March 2, 1982 to September 15, 1982. She was later killed in the genocide at the same location. The Vatican, under the aegis of Pope John Paul II, approved the visions in 2003.