Today in history: Museveni sworn in as pre...
Next Story

Two men con student out of school fees at a bank

The lad says Kafeero and his accomplice approached him and said they would convert the money (sh1.5m) into dollars.

The lad says Kafeero and his accomplice approached him and said they would convert the money (sh1.5m) into dollars.

KAMPALA - The Police in Nateete, Kampala have arrested a man that reportedly conned a student out of his school fees.

Shaban Kafeero, the suspect, is said to have approached the unwitting schoolgoer inside Centenary Bank and tricked him on Monday.

The suspect allegedly connived with another man, who fled with the student's money. The victim told Police he had gone to deposit the money in the bank as his school fees for this coming term.

The lad said Kafeero and his mate approached him and said they would convert the money (sh1.5m) into dollars.

When the student (pictured left) reportedly agreed, and handed the men the money, one of them took off with the cash. The student raised an alarm, attracting the attention of the people nearby, who attacked Kafeero.

They hit the suspect, who received several head injuries. With deep cuts in the head and a blood-soaked shirt, Kafeero was only saved by the intervention of the bank's security guards.

He was arrested and taken to Nateete Police Station and a case of theft filed against him.

The student, whose name was not immediately established amid the chaotic episode, pleaded to the Police to find the fugitive suspect so that he gets his money back.

Vendors at Nateete Market have nabbed a woman whom they claimed to have been stealing their commodities for a long time.

Suspect Aidah Namanda is a resident of the area.

She was caught with groceries, including carrots, green pepper and onions, reportedly  belonging to another vendor.

Namanda admitted stealing the items, and in her defence, she said she was only looking for food for her children.

Nateete Police took her into custody. 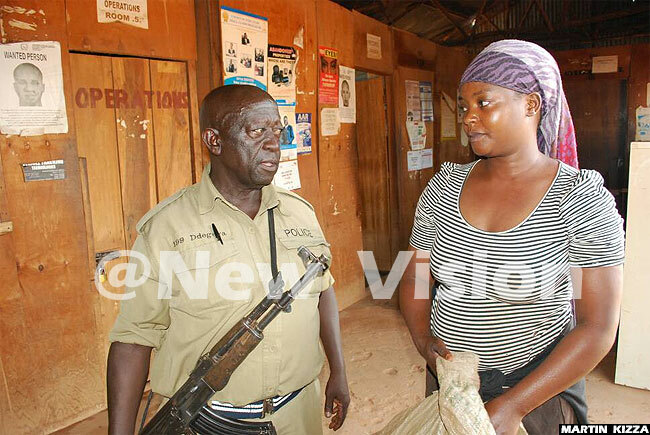 Clamp down on foreign press will backfire

Kabushenga is a liability to NRM