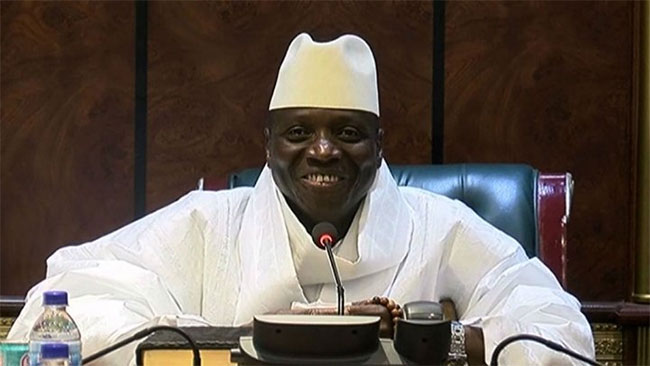 A year ago, Gambians wept for joy as Yahya Jammeh went into exile, bringing the curtain down on a brutal 22-year rule.

Today, many say freedom of speech in this small West African state is a right they cherish under President Adama Barrow's administration.

"There is a democracy, everybody feels free. Disappearances without a trace -- all that's over now," said teacher Kalipha Dampha, referring to the dreaded work of the National Intelligence Agency (NIA) and the "Junglers," as Jammeh's death squad was called.

But The Gambia's faltering economy has barely improved and tensions over mass unemployment are rising.

Today, many are now asking when the better days they were promised will come.

"Food prices are still the same, salaries have not increased, the health sector is a shambles, the education sector is a farce," Ismaila Ceesay, a professor of political science at the University of The Gambia, stated bluntly in an AFP interview.

In terms of the economy, he argued, Barrow's government is simply "following and inheriting the ideas of Yahya Jammeh," albeit minus the state of terror.

The new government lacks a coherent vision for transforming a country heavily dependent on seasonal tourism and agriculture, he charged.

'No water, no light'

In his New Year's address, Barrow said progress had been made, but also pointed to the entrenched problems he inherited.

"Our coffers not only (have been) emptied, but we are (also) loaded with huge debt," he said.

"The country has debts of more than a billion US dollars (820 million euros), which is a staggering 120 percent of debt to GDP," he said. "This is equivalent to each household owing about 4,500 US dollars."

Despite this burden, The Gambia now has more than four months rather than under one month of import cover, the cost of government borrowing has fallen sharply, inflation has started to decline and growth this year is expected to reach 3.8 percent, compared to 2.2 percent in 2016, he said.

In the run-down streets, though, frustrations run deep.

"In the cold season we can still have no water or electricity," Mati Gomez, a market seller, told AFP.

Another area of concern lies in the ranks of military and former military who may still have ties with Jammeh-era figures.

A dozen mutinous soldiers are currently on trial over an attempted coup in July after months being held without charge, and a regional troop deployment still has a mandate to protect the population while domestic security forces are reformed.

Colonel Magatte Ndiaye, the commander of the contingent authorised by the West African political body ECOWAS, said army deserters were now increasingly joining criminal gangs along the border with Senegal.

"These people are involved in illegal activities. We have reports that they are deeply involved in timber smuggling and the traffic of marijuana and this is a threat to The Gambia," he told AFP. 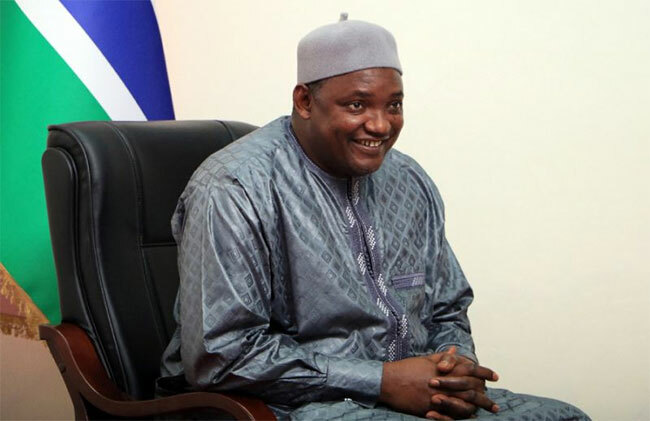 As a sign of the changed times, there is a push for the new freedoms to be enshrined in law, and for justice to redress the crimes of the past.

Journalists who once wrote anonymously or self-censored for fear of joining dozens of colleagues who did jail time under Jammeh are now leading the push to reform Draconian libel and sedition laws.

Saikou Jammeh, secretary general of The Gambia Press Union, told AFP the organisation was "working to reform the media laws and bring them in line with international standards," specifically targeting legislation used to "stifle dissent".

Several victims of mistreatment during the Jammeh era and the families of dozens of people forcibly disappeared, thrown into wells or buried in shallow graves, want Jammeh himself to face justice.

Reed Brody, a human rights lawyer who successfully helped build the case against Chadian dictator Hissene Habre, said the establishment of a truth and reconciliation commission and testimony from victims' groups was slowly progressing.

"We're talking to victims but also to people who used to work for Jammeh and we know a lot more today about what went on, and about Jammeh's role, than we did a year ago," he said.

Jammeh, who fled to Equatorial Guinea, is suspected of having pocketed $50 million, in addition to committing human rights abuses.

Interviewed this week by the French radio station RFI and the TV station France 24, Equatorial Guinea's president, Teodoro Obiang, said that if a request for Jammeh's extradition were made, he would examine it.

But he seemed to sound a negative tone about the likely outcome.

"Prosecuting someone who has taken the decision to leave power may perhaps be a poor political concept," said Obiang, an authoritarian who has ruled the oil-rich nation since 1979.