Some of the She Cranes players who turned up for training. PHOTO: David Namunyala

It was a low turn up for the She Cranes on the first day of the training at the Mandela National Stadium, Namboole.

However, coach Imelda Nyongesa was still impressed with the turn up saying the session had attracted majorly senior players who have represented the country at the international scene. 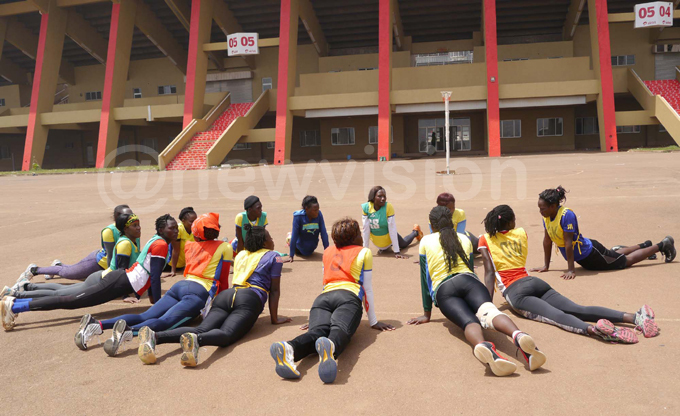 Meanwhile, the new faces in camp were Seera Zam and Muhayimuna Namuwaya who play for local club NIC together with Esther Awayo who plays for Police netball team in the national league.

"It is the first day of training and the turn up was low, but am already impressed with the interest that the girls have shownd. Most of the players who showed up have already been to international events before, but all the players seemed determined to make it to the team," Nyongesa said.

The players who did not show up for training include Desire Obua, Florence Adunia, Irene Eyaru, Fauzia Nakiboneka, Shaffie Nalwanja, Ali Kuluthum, Alice Sempala, Caro Alupo, Flavia Nalule and Wickline Natweta. Only 12 players will make it to the final list.

Forging ahead with global climate action