The roads have sparked excitement among the locals, as they will boost trade within the region as well as with neighboring countries like South Sudan and Democratic Republic of Congo

The roads have sparked excitement among the locals, as they will boost trade within the region as well as with neighboring countries like South Sudan and Democratic Republic of Congo

Recently, government through the ministry of Lands, housing and urban development commissioned new roads in Arua, Gulu and Lira municipalities.

The roads have sparked excitement among the locals, as they will boost trade within the region as well as with neighboring countries like South Sudan and Democratic Republic of Congo (DRC) thus spurring social-economic development in the region.

These roads are being constructed under the program called the Uganda Support to Municipal Infrastructure Development (USMID).  The program implemented Land’s ministry is being funded by the World Bank and the Government of Uganda  through a US$ 150m(  aboutsh549) loan and is running for a period of five years from 2013-June 2018.

The program is designed to enhance institutional performance of 14 municipal councils so as to improve urban service delivery. 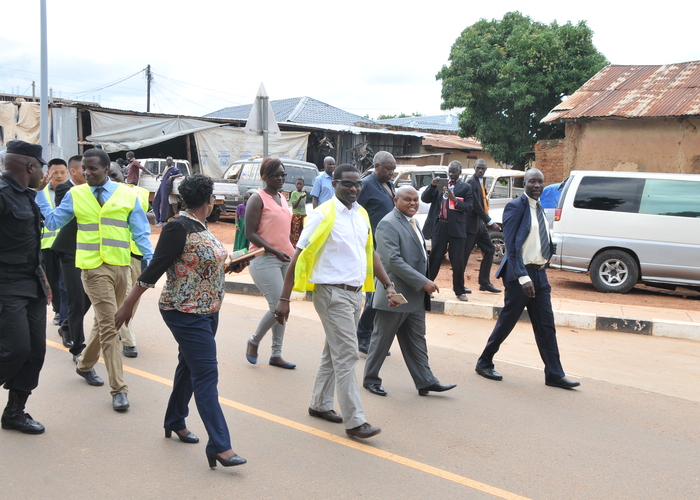 The project is also intended to expand urban infrastructure, and enhance the capacity of the 14 municipal local government to generate own source revenues, improve urban planning, and strengthen financial management, procurement, environmental and social systems.

The acting town clerk, Monday B. Joseph said under phase 1a, there was rehabilitation of Iddi Amin road (0.53km) and Enyau road (0.06km) at a revised contract sum of sh 7, 269, 066, while in phase 1b, there was rehabilitation of Lemerijoa road (0.875km) and construction of roundabout to a revised contract sum of sh 5,828, 510, 657, while school road is the next priority road now being widened to design standards by council.

Under phase two, he said the municipality plans to construct a modern taxi park of sh. 8.5b with a capacity of 400 taxis and 200 Lorries per day and an abattoir.

“When you bring infrastructure development in an area, then you are bringing social-economic development of our people. This development will also help us strive to attain the city status,” he said

The Mayor Arua municipal Council, Isa Kato Afeku said the construction of the roads will ease transportation of goods and services between the region and neighboring countries like South Sudan and DRC, as well as trade with neighboring districts of  Soroti, Jinja, Mbale, Yumbe, Zombo among others.

The town clerk, Gulu municipality, Francis Barabanawe said under phase 1(a), they were able to construct five roads totaling to 3.638km at a contract sum of 16,180,000= VAT exclusive. 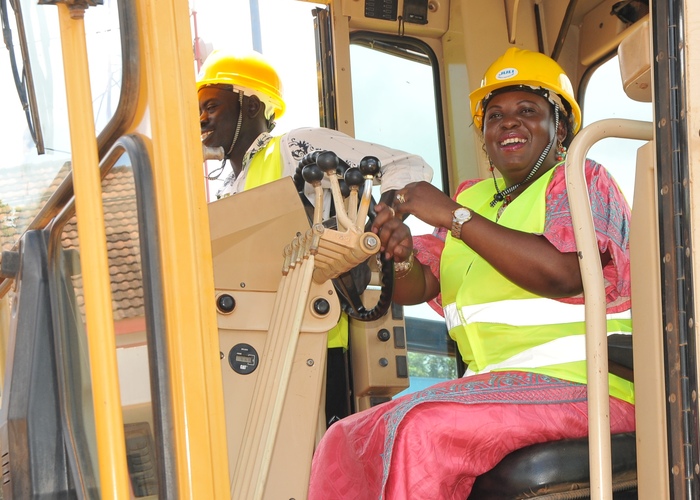 “Through this project, there is improved road network, improved connectivity of the region, and we were able to directly employ about 854 workers and this has led to improved livelihood of their dependents,” Barabanawe said

Presiding over the commissioning of the completed roads and ground breaking ceremony for batch 11, in Arua and Gulu districts, Minister of State for Lands, Housing and Urban Development, Isaac Musumba said it was government’s arrangements to have many roads done in Gulu district.

He explained that for long, infrastructure development had been a challenge in Gulu district and as a result, government had to work with World Bank to address this challenge.

“Investing in road infrastructure is very crucial because it boosts trade thus bringing about economic development and growth not only of the municipalities but the nation at large,” he said

“With these roads, more businesses will come up, local leadership will be able to collect more revenue, use that revenue to maintain the roads,” Musumba added

The minister for Lands, Housing and Urban Development, Betty Amongi who presided over the commissioning of the finished roads in Lira municipality said government borrowed US$ 150m from World Bank to focus on infrastructure development, adding that good amenities in the area like good roads, power can boost economic activities in an area.

“Last year, I commissioned roads in phase 1(a) and already, I’m seeing big hotels being set up in the city. This is going to stimulate economic growth as people have started investigating in different areas including hotels,” she said

“Let us work together to maintain these roads because they now belong to us,” Amongi told the residents. The project coordinator USMID, Isaac Mutenyo congratulated the Northern region for being excellent performers in cluster one.

He said though the project is equally distributed among four regions, municipalities in the northern region have performed excellently compared to other regions.