How to survive the festive season
Next Story

The two leaders reiterated their commitment to strengthening the bilateral co-operation between Kenya and Uganda.

The two leaders reiterated their commitment to strengthening the bilateral co-operation between Kenya and Uganda.

President Yoweri Museveni and his host President Uhuru Kenyatta have today held official discussions on a review of progress being made in the EAC Integration projects including the multi-billion dollar Standard Gauge Railway (SGR) Project. Uganda and Kenya are committed to a seamless connectivity of the SGR which will cost Uganda US 12.8bn for the entire 1,724KM SGR network in Uganda from Malaba to Nimule, Vurra and Mpondwe.

The President is on a one-day official visit to Kenya at the invitation of President Uhuru Kenyatta. During a bilateral meeting held at State House Nairobi, the two leaders also exchanged their views on the situation in Somalia and the AU mission (AMISOM), the peace process in South Sudan and the situation in Burundi. Uganda is one of the highest troop contributing countries in Somalia under AMISOM. 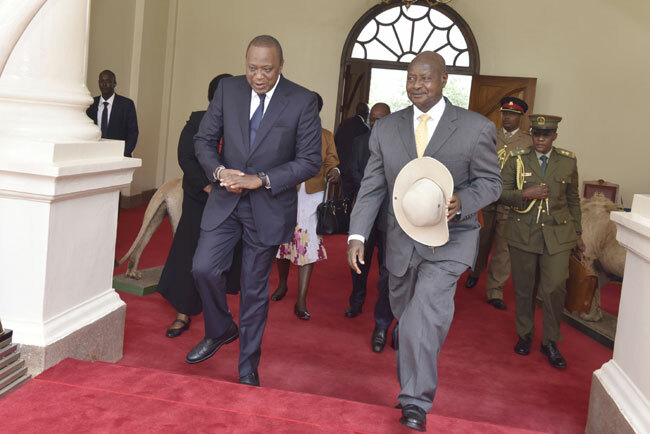 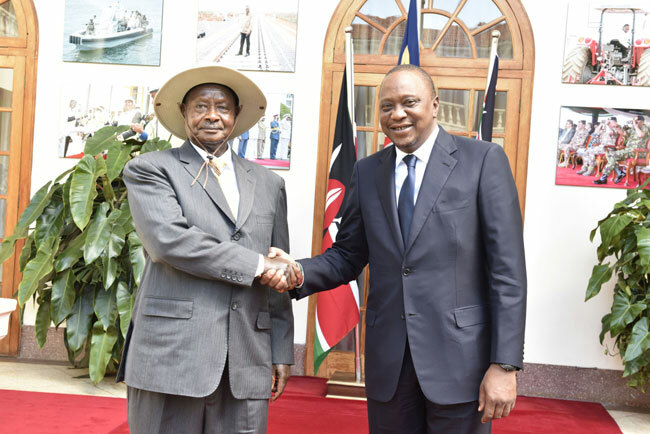 The two leaders later reiterated their commitment to strengthening the bilateral cooperation between Kenya and Uganda as well as deepening the EAC integration for development and prosperity.

President Museveni and his delegation was later hosted to a state luncheon at State House Nairobi. 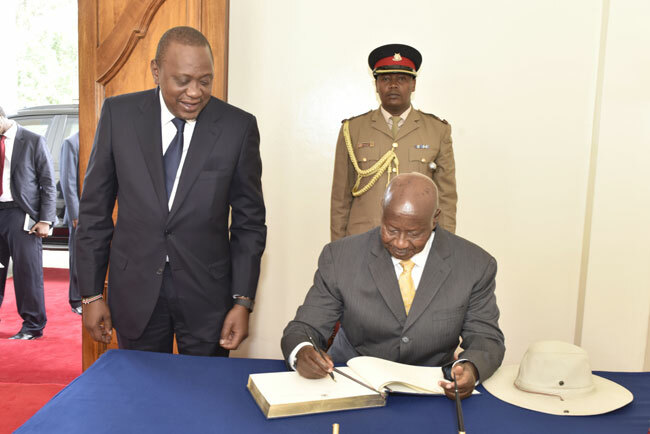