Over 250 military, police and civilians from the five East Africa Community member countries participated in this exercise

Over 250 military, police and civilians from the five East Africa Community member countries participated in this exercise

The exercise brought together military, police and civilian components from the five Partner States in the East African Community. 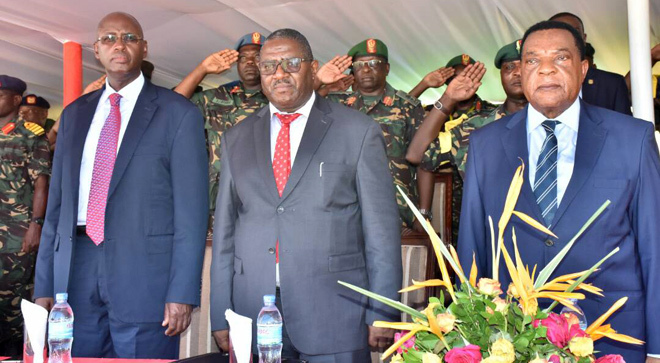 Over 250 military, police and civilians from the five East Africa Community (EAC) member countries of Burundi, Kenya, Rwanda, Tanzania and Uganda participated in this exercise.

The Chief Guest Hon.Augustine Mahiga, appreciated the opportunity accorded to him to preside over the closing ceremony of such exercise. In his remarks, the Minister underscored  the fact that sharing knowledge and experience is a crucial objective in exercises like Ushirikiano Imara 2017 in order to enhance peace and stability in our region and beyond.

"Currently, the security challenges facing one Partner State are almost the same as in others , and in some cases, they are hatched from the same source given the proximal geographical settings we are in.

Therefore, sharing knowledge and experience is crucial," he said. 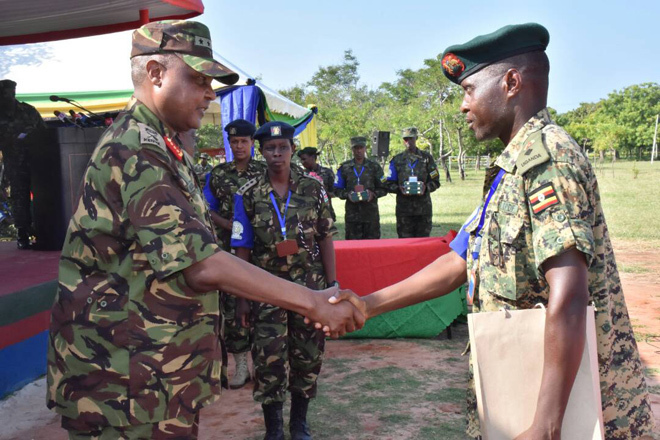 The Deputy Secretary General in-charge of Planning and Infrastructure (DSG) Eng Steven Mlote, on behalf Of Amb. Libérat Mfumukeko the Secretary General of the East African Community thanked the Government and People of the United Republic of Tanzania, the Ministry of Defence and the Tanzania Peoples' Defence Forces, in particular for organizing and facilitating this exercise.

In his speech, Eng  Mlote noted that the East African region continues to be faced with real and potential complex emergencies, which can easily translate into threats to the social economic, cultural and political wellbeing of the people of East Africa.

He added that there is need for unity, peace, stability and strength to defend our common interests as East Africans, which will in effect provide a conducive and attractive environment for investment and development of the region".

He added that while partnership with the International Community is important, Africans and more so East Africans have to find lasting solutions to  own problems.

Hon Lt Col (Rtd) Dr Bright Rwamirama, Uganda Minister of State for Veteran Affairs who represented the Government of Uganda  as the current  EAC Chairman of the Defence Sectoral Council, congratulated all the participants for the wonderful effort displayed during the two weeks in Kunduchi.

The minister urged everyone to take time and reflect seriously on real contemporary threats that the whole globe is grappling with.

"Therefore we are indeed building up our own capacity to act without resorting to the world out there for help.

Suffice to state that those partners have their own priorities to attend to thus the necessity to equip ourselves with the knowledge and set aside sufficient resources to confront these security challenges if or when they get to our midst," he said.

The current exercise started on Monday, December 4 and ended on December 17.

The closing ceremony at Kunduchi was also attended by the UPDF Chief of Defence Forces Gen. David Muhoozi, and other Chiefs of Defence Staff and representatives from other partner states.

The posh crocodileâ€™s cafÃ© and bar

The posh crocodileâ€™s cafÃ© and bar