Namirembe Cathedral Choir in action during their Christmas concert

Namirembe Cathedral choir’s traditional Christmas Concert, Carols by Candlelight, is generally acknowledged to be a crowd-puller event. But this year’s concert, which took place on Sunday, was even greater in magnitude.

By the start of the concert, at 6:00pm, the gigantic St Paul’s Cathedral was already full. The number of cars at the cathedral grounds was also overwhelming and the security guards had a lot of trouble to provide adequate parking.

In any case, the Church Missionary Society founded choir (as early as 1896) did not disappoint its fans, who actually came from different Christian denominations.

Even before the carols started, the audience was already worked out by the glorious organ music played the Cathedral’s celebrated pipe-organist, Paul Luggya. 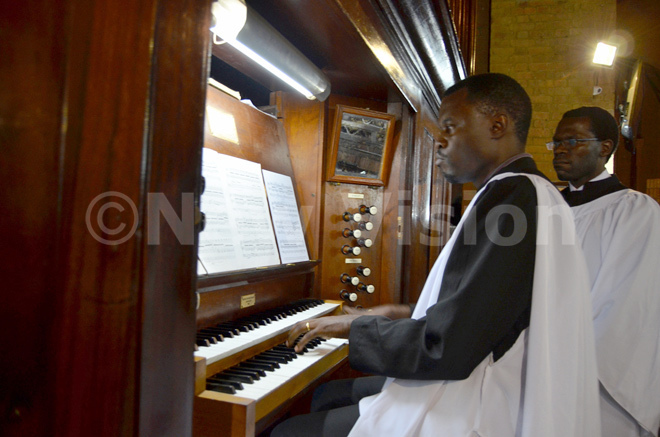 The choir then threw the audience in even greater Christmas bliss as they performed poignant hymns like Jesus Christ the Apple Tree (by Elizabeth Poston) and Philip Ledger’s Good Christian Men Rejoice, which were interspersed with messianic readings from the Bible.

The choir further enticed the participation of their fans with common congregational Christmas hymns like Samuel Kimuli’s It Came Upon The Midnight Clear, Clement Mcwilliam’s While Shepherds Watched Their Flock and Philip Ledger’s Hark! The Herald Aangels Sing. 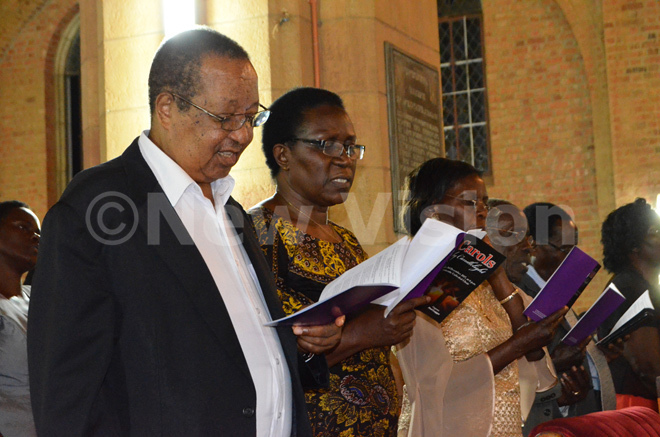 According to John Ssekibala, the choir’s conductor, Carols by Candlelight service of nine lessons and Carols, was first introduced as an additional special service in the cathedral in 1999 where the choir performs carols of varies styles, traditions and character.

The setting of the service is similar to the famous Festival of Nine Lessons and Carols at King’s College, Cambridge, on Christmas Eve.

At this carol service, Christians from various sectors of the public are invited to share in this wonderful ministry through reading of lessons taken from scriptures.

Who needs a broke girl?

Would you allow your partner to foot all the bills at a date?