World Bank to fund 26 toilets in Gulu
Next Story

Vivian Nakakumba's luck ran out when one of her victims spotted her in Kyotera, trying to dupe somebody else.

Vivian Nakakumba's luck ran out when one of her victims spotted her in Kyotera, trying to dupe somebody else.

Police in Kyotera district are holding a woman said to have exchanged fake dollars for shillings at Centenary Bank-Kyotera branch.

Security officers at the bank arrested her on Wednesday and handed her over to police.

Vivian Nakakumba, a resident of Kampala, had been spotted in several banks trying to dupe people into the fake dollar transaction. Detectives said she operates in a racket consisting of five people.

She ran out of lack when one of her previous victims, Joyce Mbabazi, spotted her in Kyotera trying the same ploy.

It is said that Nakakumba had conned Mbabazi of more than 700,000 shillings at Kings Sports Betting, Lyantonde branch.

She approached Mbabazi with an envelope that contained dollar bills, claiming she could not access the teller to exchange the dollars due to the long queues in the bank. 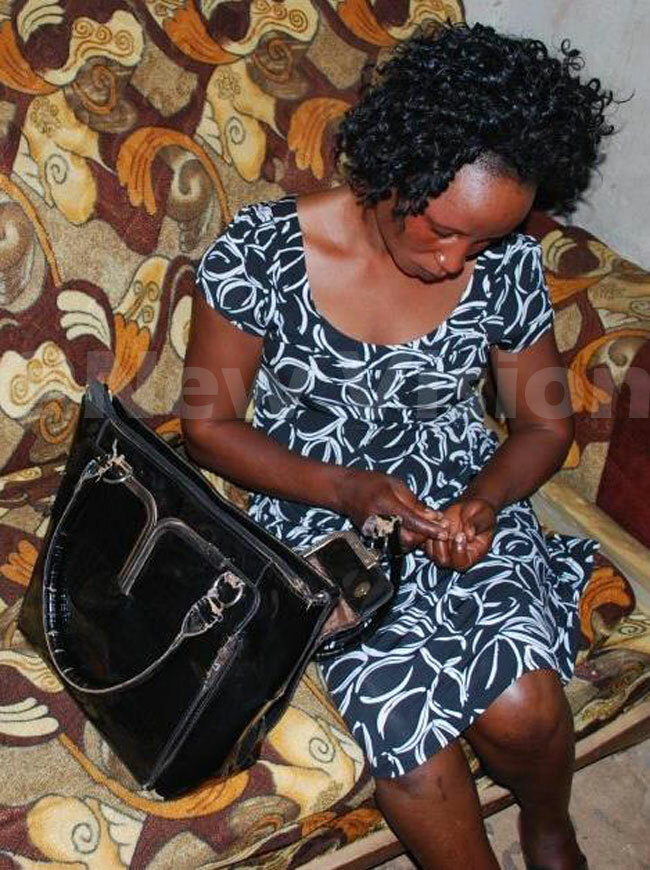 PIC: Nakakumba's clique managed to escape when she was recognised

Being a kind woman, Mbabazi accepted to exchange the dollars, but to her shock  they were fake. She reported the matter to the Police.

"I was in the bank when I saw her. She was approaching two people, so I alerted security officers, who arrested her. But her accomplices managed to get away," Mbabazi said.

They searched her bag and found a total of 127 dollars, most of them fake.

Musa Kayongo, the Kyotera District Police Commander, confirmed her arrest saying they are investigating the case while they track her accomplices.

He said the clique has been arrested several times, but released on bond due to lack of evidence.

"Last week, the same team was suspected of wrong doing and arrested by the crime intelligence team in Masaka district. Still, due to lack of evidence, they were released on bond," he said.

Kayongo urged the public to be vigilant, especially during the approaching festive season, so as to avoid being duped by such people.

How safe is Ugandaâ€™s airspace?

How safe is Ugandaâ€™s airspace?