“The car is an electric car which does not produce smoke like other cars on the road.”

“The car is an electric car which does not produce smoke like other cars on the road.”

When you meet Matthias Ocaya, he is shy; his works better describe him.

Ocaya's latest innovation is a solar car that he has made for his school project. It's a magnetically power driven car that he thinks will help Ugandans realise the power of vocational education. Ocaya is a student of Lugogo Vocational Institute.

How he made it
"When my instructor, asked the mechanical students to come up with a project that they will make and present to the class in the final year, my mind immediately settled for a car," Ocaya recalls.

"I came up with a proposal and I presented it to my instructor for approval. He approved it with no hesitation," he says.

"The approval alone was a step forward which showed me that my instructor believed in me and it was time for me to prove my worth," he adds. 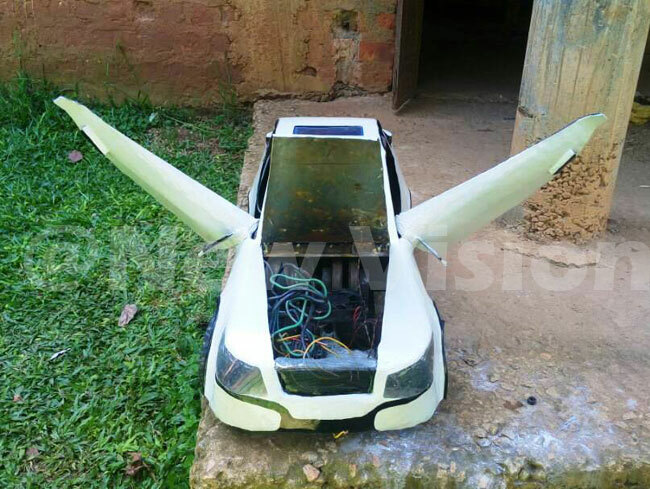 PIC: The car does not produce smoke, which makes it environment friendly

Materials he used
With his little savings, he went to town and bought an angle bar and a metal sheet, which he kept somewhere.

During holidays, he went back to his village in Zombo district and dismantled his bicycle for parts - chain, gear and brake system, a crank shaft and a magnetic starter.

His father also gave him money to buy other items he would need.

After sourcing for the requirements, Ocaya decided to start assembling his car part by part and six months the road, he has almost completed it.

About the car
"The car is an electric car which does not produce smoke like other cars on the road. This means that it does not pollute the environment," Ocaya explains.

He adds that when you start the car, the motor drives the crank shaft and enables it to produce power, which goes to the battery and enables the car to move.

He says the car uses a wireless remote and has electric doors, which make it stand out from other cars. The body is made out of metal sheet that Ocaya bought from Katwe. 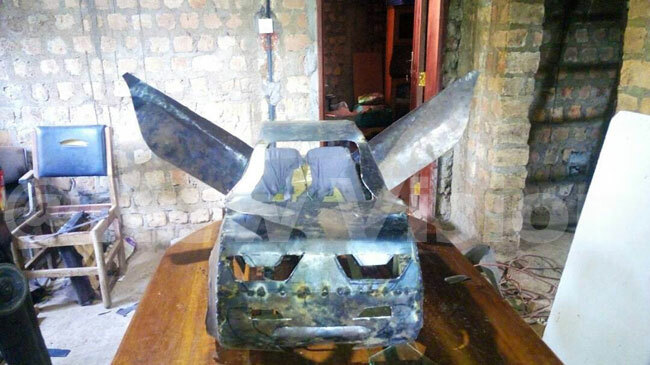 PIC: The car in its initial stages. It started as a school project


Together with his instructors, they plan to present it to Parliament for review, so that he can be helped to grow his talent.
He adds that he will also be remembered among Ugandans who have made cars.

He later joined Paida Secondary School in Zombo for his Advanced level. Today he is a second year mechanical student at Lugoga vocational Institute in Kampala.