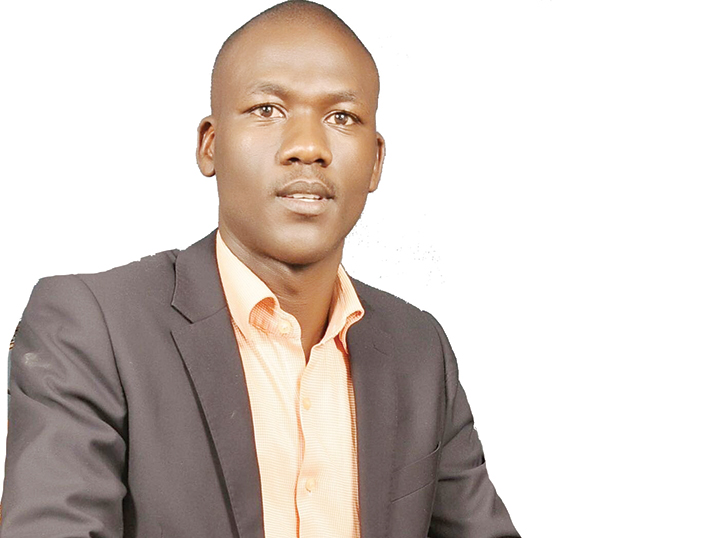 For a decade plus, Dr. Col. Kizza Besigye has been attacking and accusing President Yoweri Museveni of being a dictator and a selfish individual. He has accused him of failing and using NRM as a personal party and a vehicle to advance what Dr Besigye calls selfish interests.

In 2015, when NRM announced President Museveni as its sole candidate in 2016 elections, Dr Besigye said Museveni was covertly using some party members (especially those who moved the idea of his sole candidature) to ring-fence the ruling party's top position for himself.

Last week's Forum for Democratic Change presidential contest in which Besigye openly supported the Patrick Amuriat's candidature against incumbent General Mugisha Muntu exposed Besigye's long hidden true personality. He is a bully, intolerant to those with dissenting views and yes, though he has not ring-fenced FDC's top position, Dr. Besigye wants FDC president who will bow before him and take his views without raising any question.

Even in 2012, when Mugisha Muntu contested for FDC's top position, Dr Besigye did not support Muntu, at least not in public and many believe he was behind Mafabi's candidature. This of course is his right to support a person of his choice, but we should know that from political moral perspective, for party cohesion and unity, Besigye should have played a neutral role.

It was after Muntu defeated Besigye's Mafabi in 2012 that Besigye resorted to almost weekly press conferences at his Kyapa Karuhanga donated Katonga Road office that Besigye started running a parallel FDC office and activities, effectively undermined Muntu's leadership. Through FDC leaders who believed in him, Besigye literally shifted from FDC's headquarters at Najanankumbi to his personal office at Katonga Road.

His decision to run a parallel office and also campaign for Amuriat against incumbent Muntu was due to Besigye's selfishness reasons - he wanted a party leader who will follow his demands without asking why. His decision followed Machiavellian principle; The end must justify the means. Put in a proper perspective, Besigye started his long mission with the end and acted out of sheer selfishness disregarding the likely consequence of his action such as splitting the party by kicking Muntu out. After this, the Means call it Reasons to justify his (Besigye) selfishness act will be generated in form of Reasons given for reconciliation in name of uniting the party - FDC. To me, this is the reason why Besigye did not care and openly campaigned against the incumbent despite opposition from nearly 30 FDC members of parliament who backed Muntu candidature. Some of these MPs Besigye's supporters have repeatedly branded them moles for dissenting from Besigye's idea(s).
Besigye can speak with all spiritual eloquence, play patriotic games in public, maintain a holy and democratic appearance before the public, but he is opposite of what he preaches. Like he says of President Museveni, Besigye too believes he is the only Christ Uganda has been waiting for to liberate it.  He thinks he is the only man with vision to lead FDC and others are either "moles" or can be bought.
This is the reason why him as a senior party member, Besigye did not caution his camp against party dividing statements when they started to spread baseless allegations of General Muntu being an NRM mole.
Indeed, during the voting day, Dr. Besigye told journalists that Muntu's camp was using money to win the contest, words which his close confident Kawempe South MP Mubaraka Munyagwa echoed claiming they had "defeated and rejected NRM money" an insinuation that Muntu was funded by NRM to run for FDC presidency.
As Indira Ghandi taught us, questioning is the basis of all progress, and those who don't question are condemned to live in bondage. This is the time FDC members question Dr. Besigye's claimed sainthood. Is he the only Christ FDC and Uganda in general has been waiting for to liberate it?
Is it right a group of a few people to brand those who do not subscribe to what they believe in as moles or objects to be bought? If its right, how do we know that these few people are good people and that are not corrupt or moles? And that their actions are simply patriotic? These are questions Ugandans and FDC members must ask themselves.

As we wait for General Muntu's promised personal decision announcement, there is no doubt Besigye's selfishness and his supporters branding moles party officials and senior members who don't agree with him is throwing FDC in what Professor Nassim Nicholas Taleb called The Black Swan. A moment which can happen and bring disastrous effects when people are seeing but only understand long after it has happened. As Nassim explains, once a society is infected with Black Swan virus, everybody buries his head in the sun and this is why many of FDC supporters don't see that Besigye's moves are meant to make FDC party a Besigye affair. The best way FDC to liberate itself from Besigye's Black Swan virus is by questioning further his actions. After all, Albert Eintein taught us that it is important to ask and question everything. We must question Besigye's good will for FDC

Leave alone being one of its founding members, they must question his morality even if he claims he is incorruptible, question his sanity even though many believe he has never tested alcohol, there is no need FDC to assume nothing. FDC must not treat Besigye as a saint after speaking with faked political holiness. They must ask questions like; if Muntu is an NRM Mole, who is Besigye whose businesses continue to flourish under NRM government that Besigye claims is dictatorial yet doesn't crackdown his business despite Besigye's claim to fanatically fight it?